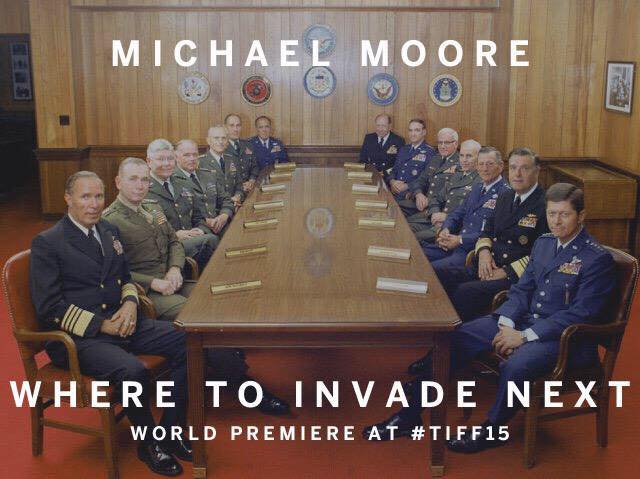 NYFF: In Where to Invade Next Michael Moore Picks Flowers, Not Weeds

After a six year hiatus, documentary filmmaker Michael Moore is back with a kind of travel journal – Where to Invade Next. Moore’s mission was to find the best ideas from each country he visited, claim them as his own, and bring them home to America to help solve some of our biggest problems. The film is not about pointing finger or placing certain nations on a pedestal – its purpose is to serve as idea factory and catalyst for change.

Moore’s itinerary included a visit to Italy to speak with factory workers about strong unions and generous benefits (including mandatory vacations that will make every American worker salivate). In France he visited a school and saw the healthy meals that students are receiving for less than a school lunch in the U.S. When in Finland, Moore looked at a school system that actually wants children to be children – and get this – no homework! Moore learned how Germans have accepted their country’s guilt for the Holocaust and how it has helped them to become a more tolerant place. In Iceland the filmmaker sees how the nation values the importance of women in the government and business, and how it holds responsible those who created their financial crisis.

We had the opportunity to attend a screening and discussion with Moore at this year’s New York Film Festival (NYFF). He focused on three points: the origin of the film’s concept, his organic, almost serendipitous approach to filmmaking, and the role the audience plays in his concept.

Moore came up with the idea for Where to Invade Next back when he was 19-years-old and had dropped out of the University of Michigan-Flint. “I got a Eurail pass and a youth hostel card and spent a couple months looking around Europe,” he said. Moore told the story of how while he was in Sweden he broke his toe and was sent to a clinic. When it came time for the bill he didn’t understand why there was no bill. “I didn’t understand it, seriously I had never heard of such a think so they explained. All through Europe I just kept running into little things like that. There were just such good ideas.” 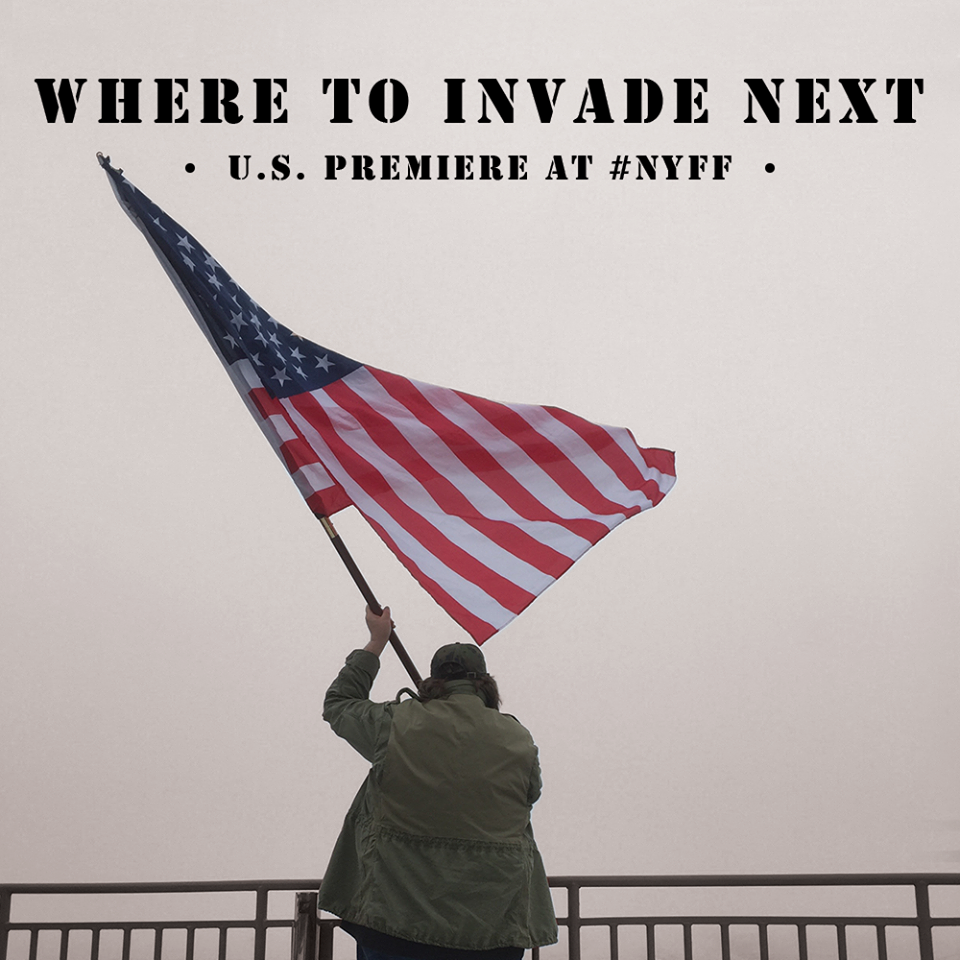 Most of the ideas that are shared in the film, and the actions that take place, happened naturally. “You are not with me while I am making these films, but don’t give me too much credit for thinking these things in advance.” One of the more endearing scenes is when Moore is sitting down for lunch with a group of French school children admiring their healthy meal that was made by a school chef and does not include anything processed. Moore has a Coke on the table and offers to share it with the students, for the most part, the students do not want any of the sugary soda. One does and after one sip you can see her noticeably jittery. “We didn’t think wouldn’t it be cool if we brought a can of Coke in and set it down on the lunch table and see what the kids do. It was like I want a f@&%-ing Coke and there are no vending machines in this school. I asked my assistant and she had to run into town and get me a Coke and it is just sitting there.” So much of what we saw occur in the film just happens.

One of the most moving moments from the film was when Moore and his producer, Rod Birleson, were walking along the Berlin Wall. “The thing at the Berlin Wall was absolutely not planned to be in the film, and it was not going to be the ending…the Berlin Wall clip occurred only because Rod, who was the executive producer of the film, was with me when I got the Eurail card and the youth hostel card; we were friends back then, since I was 17. All through these years we had always talked about doing something around these ideas.” Moore continues, “Basically he was there, and we were in the Berlin, and mostly just for nostalgia, for our scrap book, we thought, 'Lets shoot some video of us at the Wall 26 years later from that night we were there, accidentally, in Berlin. It was never intended it to be in the film.”

Moore had his field producers conduct in-depth research but only share the basics with him. He wanted his reactions to be genuine. “For instance when the Italian couple says to me that they get their honeymoon paid for for 15-days and you see my reaction – like whoa, that is real. I am hearing that for the first time even though my producers may have known that.” Moore’s team has been together for so long that they understood what the filmmaker was trying to get out of the people he was speaking with and himself. “We don’t do a second take. If the sound guy says, “There was a plane going by we didn’t get that,” you can’t ask the people to do it a second time; they try to act and it sucks. And we have seen too many documentaries like that. It has to happen with me in the moment.”

Moore chose only to the highlight the good. “As I said in the film, I wanted to pick the flowers and not the weeds. I know people from these countries might watch and think, 'Does know about this or that which is negative, and no, I don’t. I chose to tell a story about America without shooting a single frame in the United States.”

The audience plays a key role in the film and is one of the most important puzzle pieces to Moore. He talked about how in the old days he would keep an old rickety theater seat in his crew van. “We would take the seat around with us in the crew van because we considered the audience part of the crew. The film isn’t really finished until the audience leaves and does something, anything.” Self admittedly, Moore was probably the only person to mention sports during the entire festival, comparing his method to that of the Seattle Seahawks. “You know the Seattle Seahawks, they call their 12th teammate the stadium, because it is so loud in there and it really helps them. That is how we view the audience when we make these films, so it is very important that something happens as a reaction.”