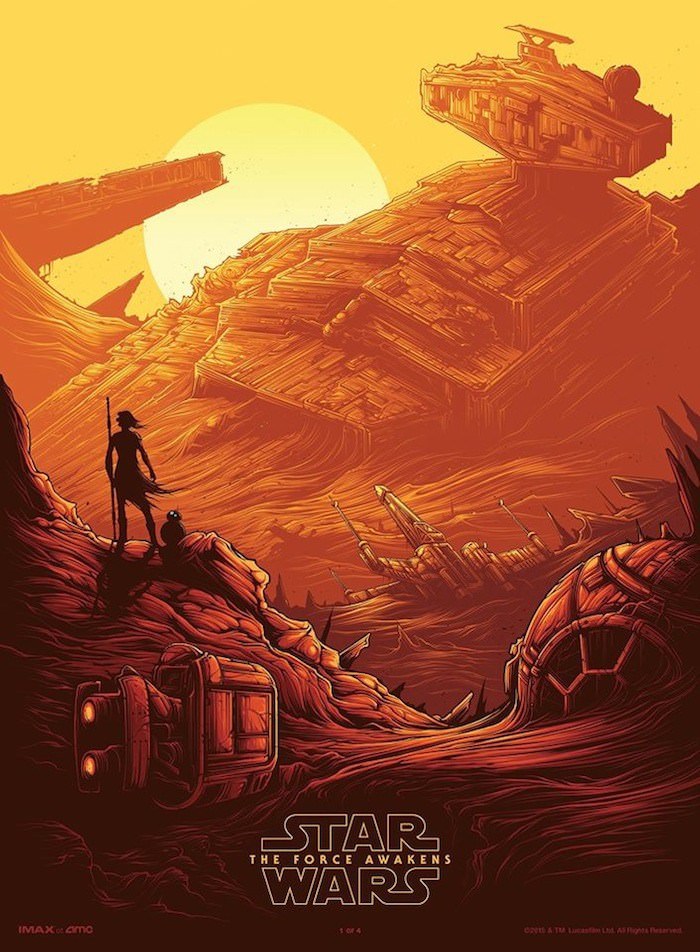 We knew that this Monday and Tuesday would be all about Star Wars: The Force Awakens. You've seen the new poster, you've watched the new trailer (and watched, and watched) and now, you're looking at IMAX's very own The Force Awakens art made exclusively for those who watch the film in its biggest, most astounding version—on IMAX screens. Fans should know that J.J. Abrams actually filmed a key action sequence with IMAX cameras. As Abrams told Variety way back in October, 2014:

“The benefits outweigh the headache of shooting on Imax cameras. The opportunity to have an action sequence for this movie done in Imax’s natural format was too delicious an idea to pass up. As a filmgoer, it’s something I want to see.”

Now IMAX has revealed exactly where you can see The Force Awakens on their colossal screens, and which of those screens will be projecting the film in 70mm, which offers a clarity unmatched anywhere else. If you really want to give yourself the biggest of all Star Wars experiences, and you've got the cash, nothing beats 70mm. And for fans who do so, they'll be receiving this pretty awesome new poster: