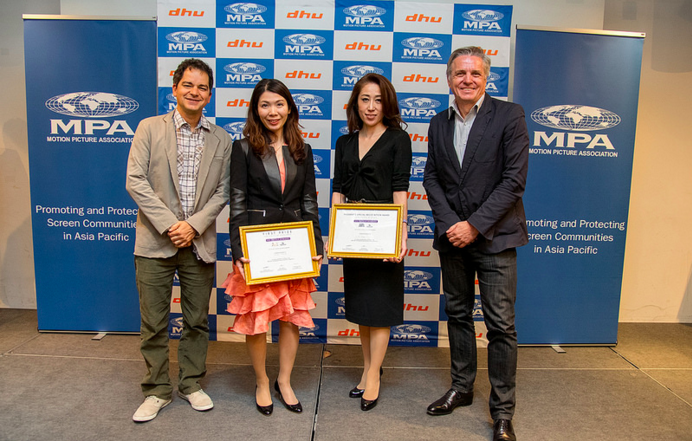 Renowned film director Carlos Saldanha (Ice Age, Robots, Ice Age: The Meltdown, Ice Age: Dawn of the Dinosaurs, RIO, RIO 2) passed on his passion and process to the next generation filmmakers. From his first turn as a director, along with Chris Wedge, Saldanha's been a very busy man, helming or executive producing two huge animated franchises in Ice Age and Rio, and way back in 1999 he served as animation supervisor on David Fincher's Fight Club. He was the perfect person to pass along his wisdom at the 28th Tokyo International Film Festival.

In his masterclass on creating a hit international animation feature, Saldanha spoke about his early motivations as a filmmaker, “I think life is about following your dreams. I always loved to draw. But I also loved technology. I wanted to go to art school, but I was told art is not a job; it’s a hobby. I went to study computing. I worked from 9 am – 9 pm every day, including Saturday and Sunday, during my Master’s degree.”

Saldanha shared his process the process of making RIO with the class, from early development through completion of production, with a fascinating visual look behind the scenes. His message to the emerging Japanese filmmakers was, “You’ve got to love what you do. Passion is everything.”

The pitching session titled “How to Effectively Pitch and Sell Your Project to the People That Count,” was moderated by Lucas Oliver-Frost (who worked with director Peter Chan on Comrades: Almost a Love Story and Perhaps Love, and director Stanley Tong on Supercop with Jackie Chan). Along with Saldanha, the panelists included director Kazuaki Kiriya (Casshern, Goemon and Last Knights), and producer Motoko Kimura (Regret, Girls Step, Pure Soul, Happy Retirement and Hotel Concierge).

“Pitching is unfamiliar in this industry. Now it is more necessary,” said Ms. Kimura. “When I listen to a pitch, I’m looking for the essential idea and a great package around it.”

Saldanha offered a humble take on the art of pitching; “When I pitch, no matter what my recent success, I feel I am pitching a movie for the first time.”

Yet it's hardly Saldanha's first time, and as Ice Age: Collision Course and a half dozen other projects on his docket, one can be sure this humility is part of his recipe for success.