Here’s How They Created the Ingenious Structure of Steve Jobs

One of the difficulties of making a film about historical figures or events can be deciding how to remain faithful to the subject but still tell a good story. Real life doesn’t always follow a neat narrative arc. In fact it almost never does. Danny Boyle’s latest film Steve Jobs is an interesting example of a way to approach that predicament.

One way the film avoids the dangers of becoming a plodding account of history is that it’s only loosely based on real events: “We’re deeply indebted to Walter Isaacson’s [biography of Jobs] and the depth of his research, but we wanted the movie to be a different kind of journey,” Boyle says in the production notes. “Sorkin describes the film as an 'impressionistic portrait.' There are ideas that clearly come out of real life, but the film is an abstraction.”

Sorkin also made a bold choice with the unusual structure of the film. He assembled his screenplay into three 40-minute acts based around the launches of the Mackintosh in 1984, the NeXTcube in 1988, and the iMac in 1998. 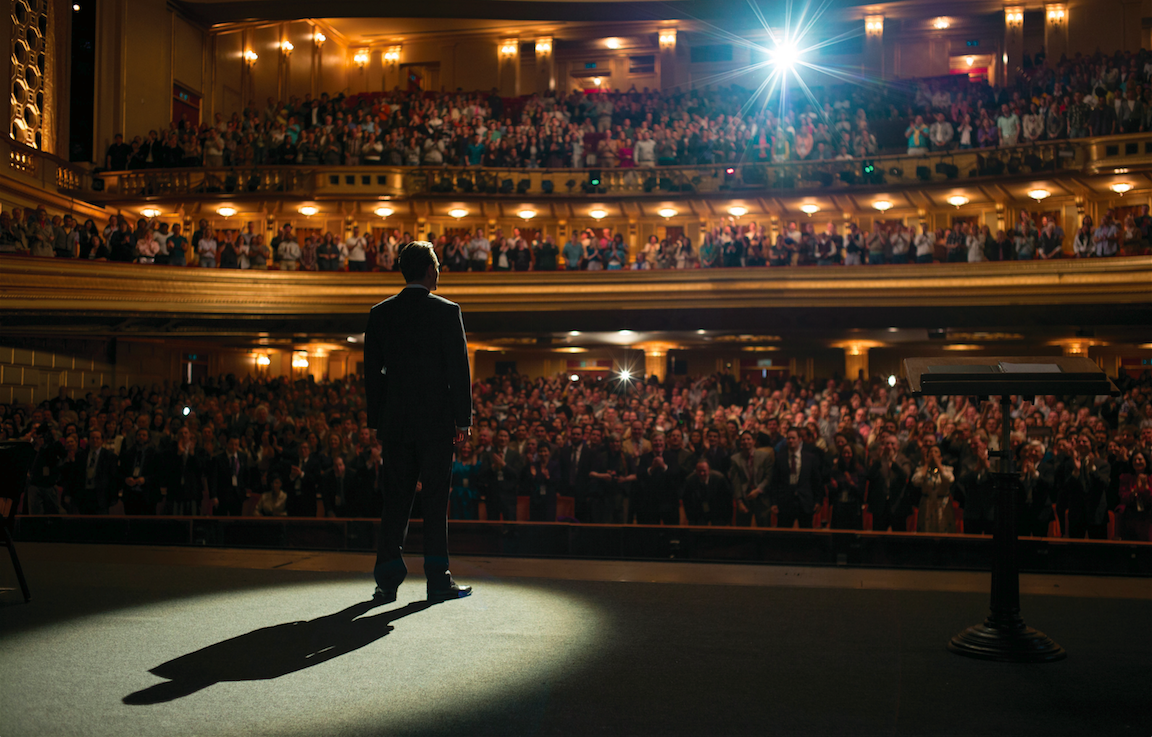 “I’m more naturally a playwright. I’m most comfortable in claustrophobic places, with a ticking clock in a clearly defined space,” Sorkin says.

“Also, I thought it would be a more interesting ride if this somewhat monolithic character was observed during three watershed moments in his career. So, I proposed this approach to the studio, and I was given the go-ahead.” 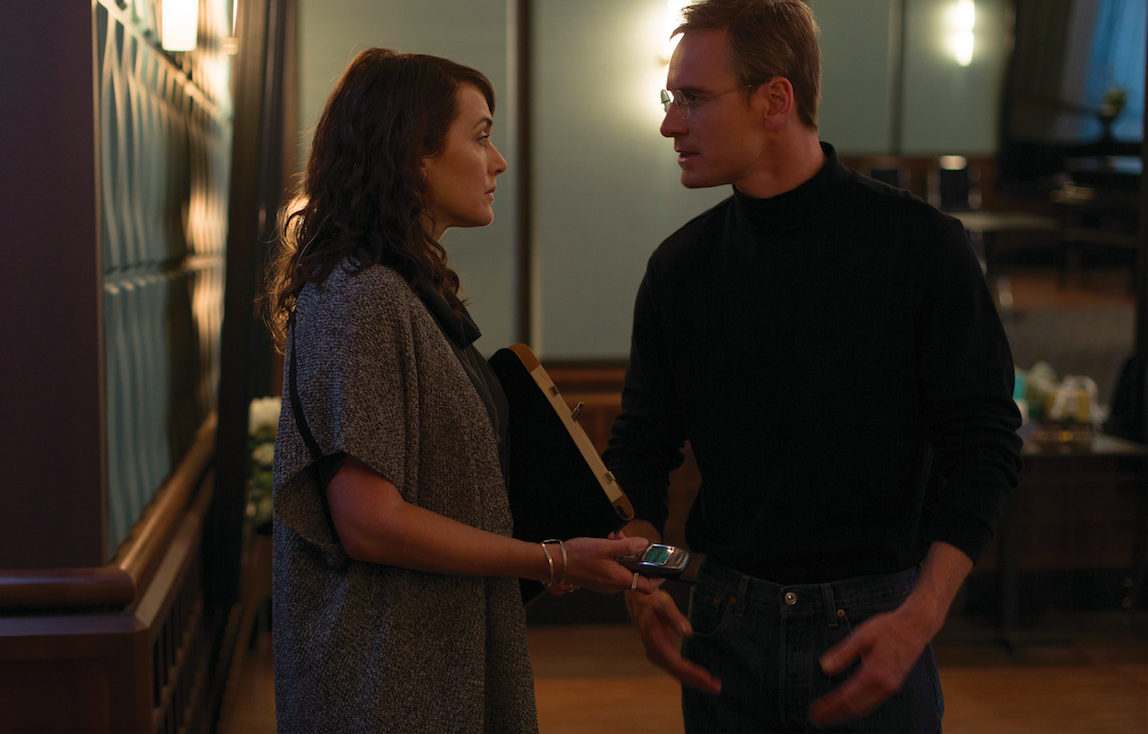 These pivotal product launches are used as a backdrop to explore his personal relationships, as well as his working ones. Sorkin explains: “In going through Isaacson’s book—and also in speaking with Steve Wozniak, Joanna Hoffman, John Sculley, Andy Hertzfeld, Lisa Jobs, and Chrisann Brennan—I identified five key interpersonal conflicts in Steve’s life and found ways to play them out at these product launches. The resulting 182-page screenplay is built out of dialogue. This might have seemed like an impenetrable jungle of a challenge to most directors, but Danny Boyle eagerly embraced it. He took these words and embedded them in something incredibly cinematic and visually fascinating. He can take something as seemingly benign as debugging a voice demo program and shoot it the way other directors would film an action sequence.” 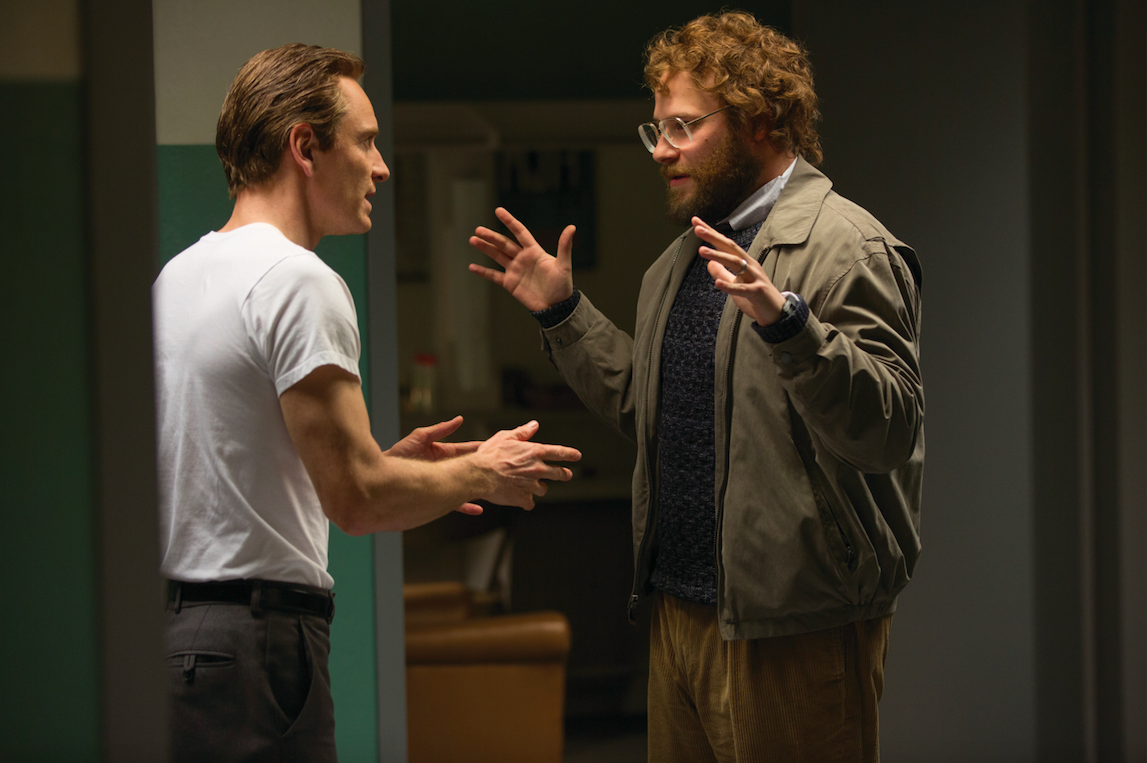 Each 40-minute act is treated like a film within a film, and was shot chronologically.

“Production provided three weeks of rehearsal prior to filming Act One—with subsequent blocks of two weeks of rehearsal each before Acts Two and Three,” Sorkin says. “We felt this gave performers the chance to not just learn the dialogue, but absorb and casualize the language. They learned to live the characters for extended periods of time, well beyond the few seconds a reverse shot or cutaway would take.” 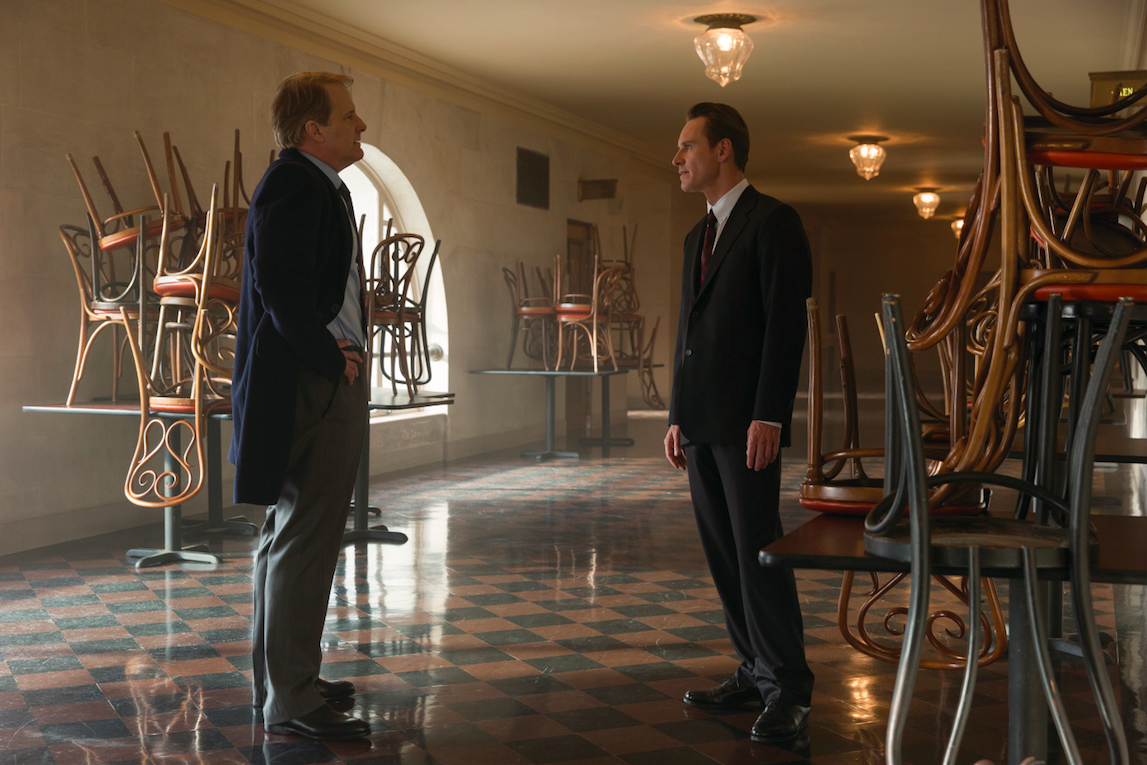 Editor Elliot Graham took advantage of the unorthodox production schedule to enhance the look and feel of the film, in a way that mirrored the structure and unfolding drama.

“For example, there’s a lot of energy, almost frenetic, to the camera movements in Act One. Plus it was shot on 16mm, so it gives it this cinema verité feel and harkens back to a less technically-savvy time; Act Two has a more classical technique to it, so the cutting becomes a little slower in pacing. By getting a sense of what was working, and maybe what wasn’t, it helped define how we were going to shoot the subsequent two acts and ensure we were creating an evolution for the character and the story. We would not have been able to do this if we had shot this film chronologically out of order, the way most features are.”

The result is a breathtaking film whose novel approach to creating something new might have pleased its subject.