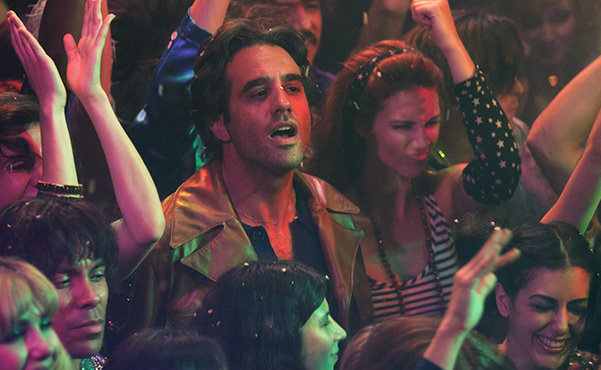 HBO’s New Vinyl Trailer is Fast, Dirty, and Smashes You Over the Head

Back in September we interviewed Boardwalk Empire’s production designer Bill Groom, who was nominated for his fourth Emmy in a row for Terrence Winter’s prohibition era gangland drama. When we spoke, Groom was hard at work on HBO’s and Winter’s next big project, Vinyl, starring Boardwalk Empire alum Bobby Canavale as Richie Finestra, a hard charging music executive in 1970’s New York.

HBO has just released a new trailer for the show, giving us a chance to see the work that Groom and his creative team have done to recreate one of New York’s most notoriously wild eras, as well as get a closer look at Canavale and the incredible cast the surrounds him. Produced by Martin Scorsese and Mick Jagger, and co-starring Olivia Wilde, Paul Ben-Victor, Ato Essandoh and Ray Romano, to name a few, Vinyl’s long on talent and will likely have the best soundtrack on TV outside of Empire. It’ll also have lots of sex, drugs, and rock and roll.

“That’s rock and roll!” Canavael’s Finestra screams. “It’s fast, it’s dirty, it smashes you over the head!” It looks like the show might just do the same.