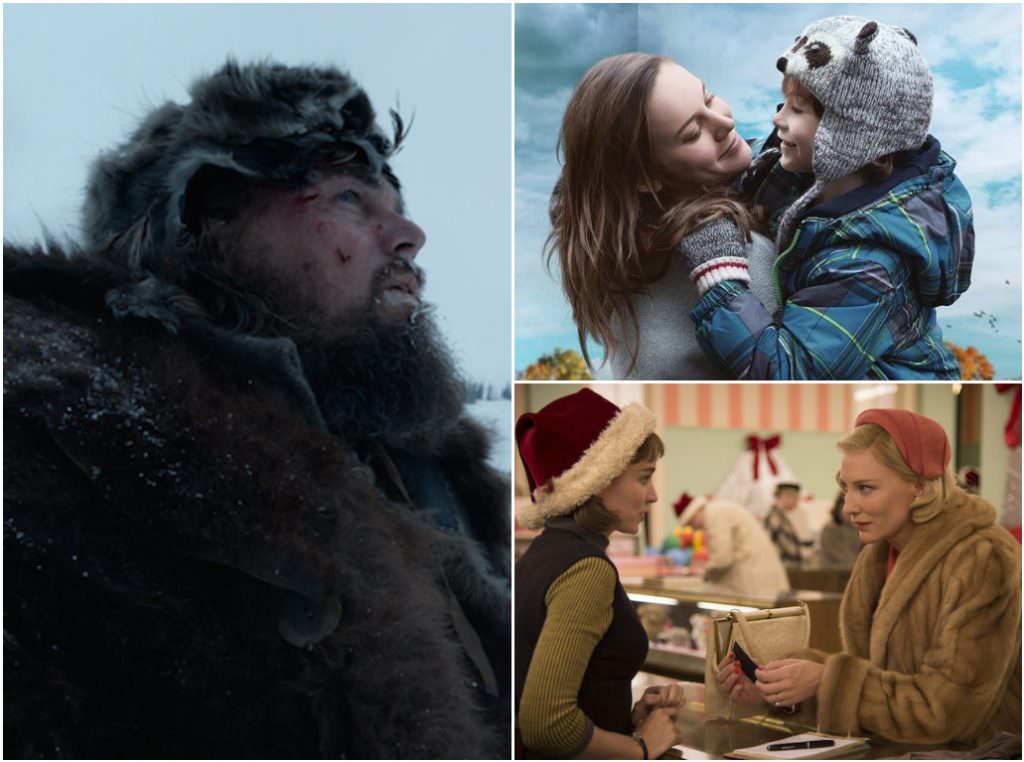 This year, we’ve been treated to a variety of great cinematic adaptations. From Paper Towns this summer (read our interview with the screenwriters here), to more recent films like The Martian and Black Mass, Hollywood, once again, has been looking to the page for cinematic inspiration. Many of the films this fall are no different with at least ten more book adaptations hitting the big screen in 2015.

In fact, many of the most highly-anticipated films of the fall were inspired or adapted from novels or biographies. To prepare for the exciting Fall film season, we’ve created a list of ten books — or in one case, a series of books — that readers should check out in preparation for their big screen adaptations.

Goosebumps: Long before J.K Rowling’s Harry Potter arrived on the shelf, another series of young adult-oriented books were inspiring young people— including myself —to read. That set of books was the Goosebumps series, which was written by the great R.L. Stine. Many of the Goosebumps books became best-sellers and Stine became one of the best-selling authors of all time because of this collection of young adult-oriented horror stories.

The new film doesn’t attempt to tell any particular one of Stine’s distinctive stories. Instead, the family-friendly comedy features Jack Black playing Stine in a story where he is forced to face off against many of the monsters he created alongside his daughter Hannah (Odeya Rush) and his new neighbor Zach (Dylan Minnette). We interviewed the VFX supervisor Erik Nordby on bringing Stine's beloved monsters to life.

Steve Jobs: Written by Oscar-winning screenwriter Aaron Sorkin, this new biopic was adapted from the biography written by Walter Isaacson. Instead of focusing on the entire life of Jobs— which the biography does — the new film focuses on several key moments in the life of the Apple icon.

Starring Michael Fassbender as Jobs, the Danny Boyle- directed film is already garnering awards buzz for its screenplay and for the performances of Fassbender and Kate Winslet, who plays one of Jobs’ closest associates. We went to the New York Film Festival panel to listen to Isaacson, Sorkin and Boyle discuss the adaptation.

Room: Based on the heart-breaking novel by Emma Donoghue, the new film— which was adapted for the big screen by Donoghue herself— tells the story of a young mother and her five-year-old son who are imprisoned for several years in a secluded room. After they escape, the duo face the outside world together for the first time. Although the story is fictional, the author has admitted that its production was “triggered” by the infamous Josef Fritzl case.

The new film stars Brie Larson and Jacob Tremblay and will be opening in limited release this weekend before it expands to more theaters in the weeks to come. We interviewed novelist/screenwriter Emma Donoghue here.

Truth: It’s been over a decade since Mary Mapes, the former producer of CBS’ long-running news program 60 Minutes, lost her position after the program aired a controversial report about President George W. Bush’s military service. The fallout from the report — which relied on false documents — led to the sudden downfall of Mapes and the eventual fall of anchor Dan Rather.

The new film, which was directed and written by James Vanderbilt, was adapted from Mapes’ book Truth and Duty: The Press, the President, and the Privilege of Power and stars Robert Redford as Rather and two-time Oscar winner Cate Blanchett as Mapes. We interviewed Vanderbilt here.

Trumbo: Adapted from the book Dalton Trumbo by Bruce Cook, the drama tells the true story of Trumbo, a famous screenwriter who was blacklisted in the 1950s because of his Communist ties. The movie attempts to show how Trumbo was targeted by the government and how he fought back during the tumultuous period.

The Hunger Games: Mockingjay: Part 2: It’s only been one year since Mockingjay: Part I arrived in theaters but for some fans, it feels like it’s been a decade. This sequel — which will also serve as the last installment in the series — features heroine Katniss Everdeen (Jennifer Lawrence) finally facing off against the psychotic President Snow (Donald Sutherland).

The entire franchise has been adapted from the best-selling trilogy by Suzanne Collins, with the third book serving as the inspiration for two cinematic features. The new film also stars Liam Hemsworth and Josh Hutcherson and will be arriving in theaters nationwide on November 20th.

The new Highsmith adaptation Carol (which is based off a novel originally entitled The Price of Salt) was adapted by Phyllis Nagy and tells the story of two young women who have an affair in New York in the 1950s. The word of mouth for both the film itself and for co-stars Cate Blanchett and Rooney Mara has been phenomenal with many suspecting that the drama will be talked about a lot during awards season.

The Danish Girl: Adapted from David Ebershoff’s first novel (which was inspired by a true story) by screenwriter Lucinda Coxon, this drama is set to become one of the most talked-about films of 2015. It stars Oscar winner Eddie Redmayne as an early 20th Century artist named Einar who realizes that he’s transgender, much to the surprise of his wife.

Directed by Oscar winner Tom Hooper — who previously brought us The King’s Speech and Les Miserables — the film co- stars Alicia Vikander as Einar’s patient and kind-hearted spouse. It will be arriving in theaters nationwide on November 27th.

In the Heart of the Sea: Adapted from Nathaniel Philbrick’s book In the Heart of the Sea: The Tragedy of the Whaleship Essex, this drama tells the story that reportedly inspired Herman Melville to write the classic novel Moby Dick. The Ron Howard-directed epic tells the story of a ship’s crew who come face to face with a monstrous whale in the middle of the ocean and are forced to deal with the consequences of a deadly encounter.

Originally scheduled for release earlier this year, the film was pushed back until early December. It stars Chris Hemsworth, Tom Holland and Cillian Murphy.

The Revenant: Less than ten months after receiving his first Oscar, director Alejandro González Iñárritu returns to the big screen with The Revenant. Based off Michael Punke’s book The Revenant: A Novel of Revenge, the film tells the story of a man who was left for dead after a devastating bear attack in the early 19th Century. Barely surviving in the harsh wilderness, the tough-minded survivor goes on to seek vengeance against the men who abandoned him.

Starring Leonardo DiCaprio, the new drama promises to be one of the most intense films of the year. It co-stars Tom Hardy and Domhnall Gleeson and is scheduled to arrive in theaters nationwide on Christmas Day.