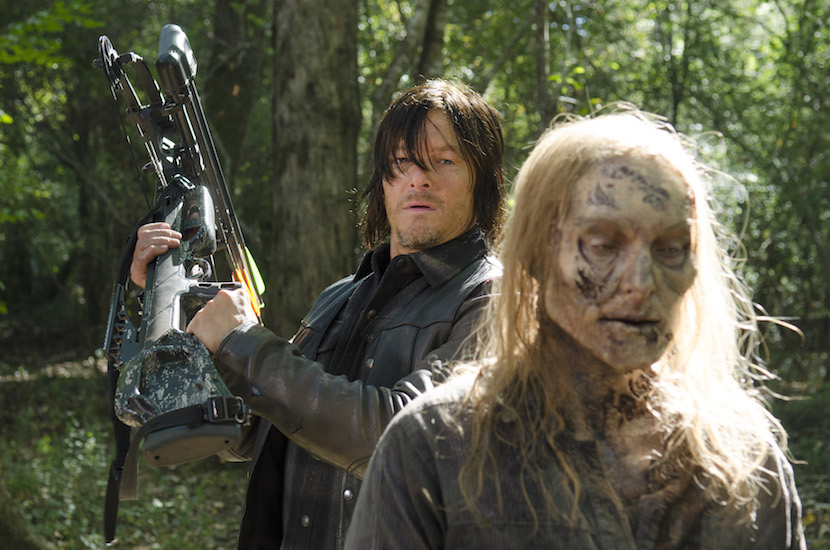 AMC’s Fear the Walking Dead, a riveting look at a few families in Los Angeles just as the world's becoming aware of the horror to come, recently ended it's first season. Knowing what we do of that future from The Walking Dead, Fear packed an extra layer of despair into the viewing experience. The conceit of showing the first days of the zombie apocalypse could have felt unnecessary, but Fear the Walking Dead gains its' potency from knowing how bad it's going to get as it makes you care about people despite the likelihood that you're probably watching zombie meat.

The Walking Dead is now returning for it's sixth season, premiering on October 11th at 9pm. After a few hiccups (and showrunners) along the way, The Walking Dead has turned out two very strong and very brutal seasons in a row. Season six will likely be even more awful for our survivors, as Rick (Andrew Lincoln) slips further and further from his humanity in an effort to keep "his people" alive.  How much longer with his people value his leadership? Do Daryl (Norman Reedus), Glenn (Steven Yeun), Maggie (Lauren Cohan), Michonne (Dania Guria) and Abraham (Michael Cudlitz) really need Rick to survive anymore? Carol (Melissa McBride) could survive a zombie and vampire apocalypse at this point, and even Rick's son Carl (Chandler Riggs) has turned into a cold-eyed killer. Add to this the return of Morgan (Lennie James), a frightened dad in season one who's now a martial arts expert and zen master zombie killer, one can reasonably wonder if Morgan will even stand for the Ricktatorship, and, if Rick's people might not find Morgan's brand of leadership preferable to Rick's volatility.

The synopsis AMC has provided for season six describes Rick and the gang's desire to keep their new home safe, while taking a step back from the lunacy and carnage that marked season five. Meanwhile, the longtime residents of Alexandria will need to become, in a word, harder. Per AMC: "These reversals won’t happen easily, or without conflict. But now Rick’s group is fighting for something more than survival. They’re fighting for their home, and they will defend that at any cost, against any threat, even if that threat comes from within."

If you need a refresher on what happened last season, Collider has put together a great video recap that'll help re-familiarize yourself with near deaths, awful deaths new faces and their new home of Alexandria. Naturally, spoilers follow.