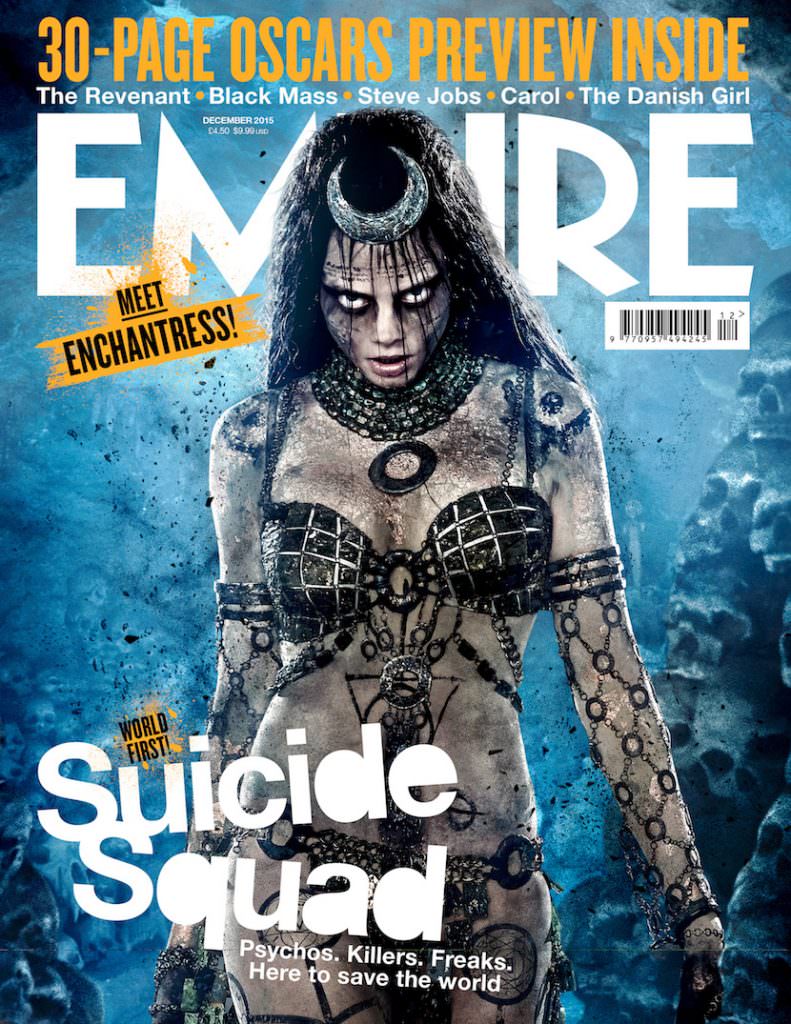 Empire Magazine has different covers for their big Suicide Squad feature that will hit newsstands tomorrow. Some of the psychos, killers and freaks who grace Empire's covers are The Joker (Jared Leto), Deadshot (Will Smith), Harley Quinn (Margo Robbie) and the Enchantress (Cara Delevingne).

While director David Ayer (Fury, End of Watch, Training Day) told Empire that Harley Quinn's efforts to break free of The Joker are a metaphor for the journey of all the characters, the Enchantress remains a major point of fascination for fans. Who is she, and what can she do? Delevingne told Empire that the Enchantress is a ancient sorceress, a "feral being" that's "been trapped for so long and now she's finally let out." She's let out in the person of the excellently named June Moone, who the Enchantress takes over while she's exploring a cave. "June is an adventure-seeker who's always wanted some excitement," Delevigne told Empire. "And she gets what she wished for, in an terrible way."

The special issue comes out tomorrow. Here's the Enchantress cover, in all her grungy, potent glory, and, the great trailer below. 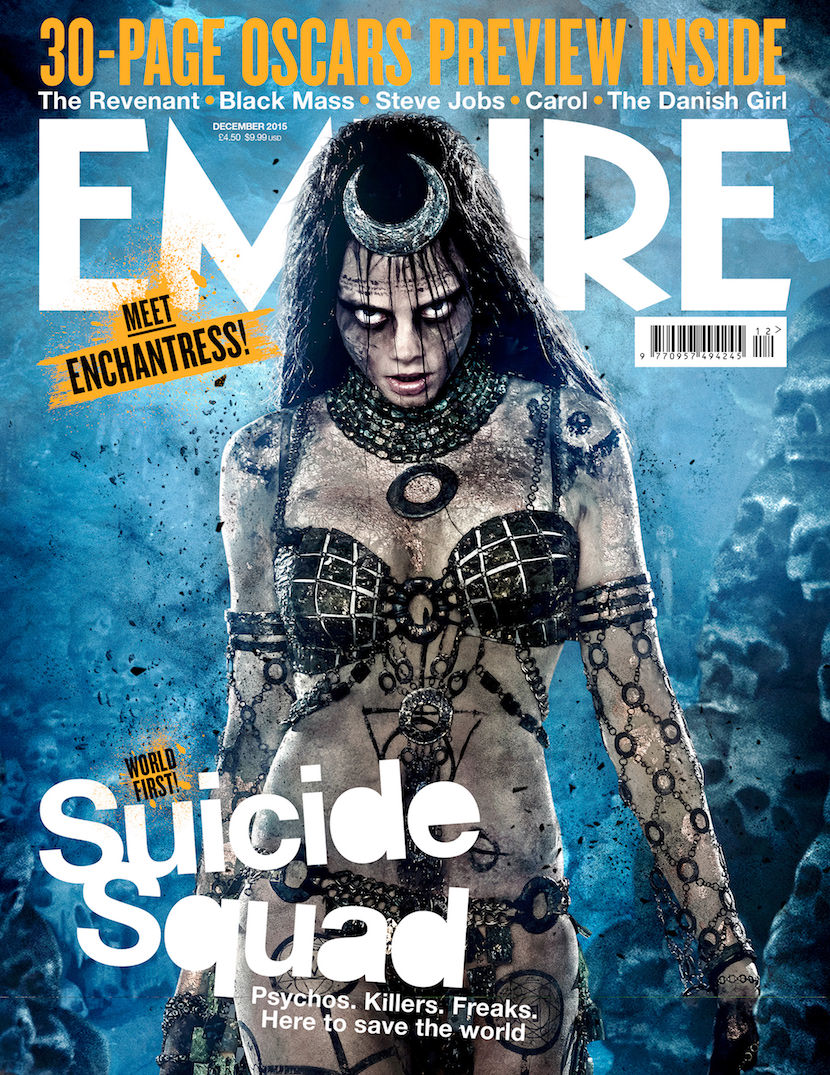