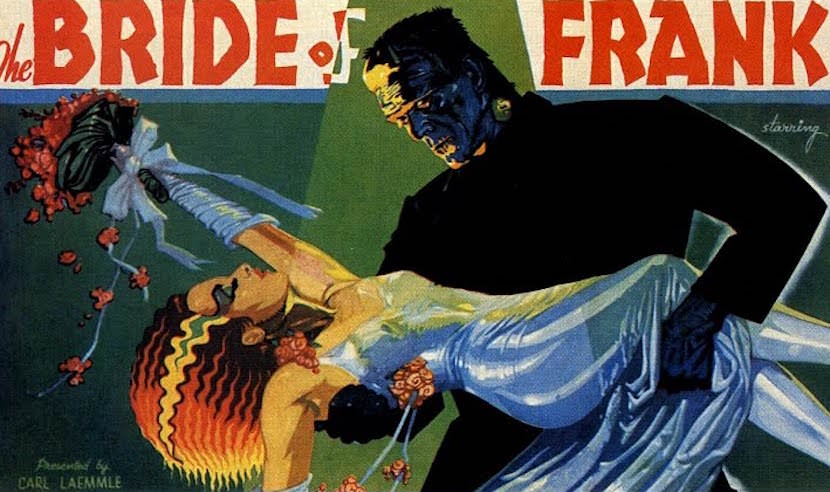 Create a Halloween Costume From one of These 5 Classic Films

While the costume shops are overflowing with superheroes from the Marvel and DC pantheon, as well as the latest Star Wars characters, Halloween is still a monster mash.

As you are getting dressed to hit the streets on a quest for Snickers, or, adding those last touches of make-up before heading out to a costume party, may we suggest some holiday classic favorites for a hauntingly good time and help you get in the witchy spirit.

"All work and no play makes Jack a dull boy" — or, rather, a homicidal boy in Stanley Kubrick's eerie 1980 adaptation of Stephen King's horror novel. With wife Wendy (Shelley Duvall) and psychic son Danny (Danny Lloyd) in tow, frustrated writer Jack Torrance (Jack Nicholson) takes a job as the winter caretaker at the opulently ominous, mountain-locked Overlook Hotel so that he can write in peace. Before the Overlook is vacated for the Torrances, the manager (Barry Nelson) informs Jack that a previous caretaker went crazy and slaughtered his family; Jack thinks it's no problem, but Danny's "shining" hints otherwise. Why not ride into your party in style, as Danny "He's got the Touch" Torrance?

What you need: A big wheel, a plaid button down, a wig with a bowl haircut, an expression of doomed insight.

Thanks to the carelessness of a cute little dog, newlyweds Geena Davis and Alec Baldwin are killed in a freak auto accident. Upon arriving in the outer offices of Heaven, the couple finds that, thanks to a century's worth of bureaucratic red tape, they're on a long celestial waiting list. Before they can earn their wings, Davis and Baldwin must occupy their old house as ghosts for the next fifty years. Alas, the house is now owned by insufferable yuppies Catherine O'Hara and Jeffrey Jones. Horrified at the prospect of sharing space with these obnoxious interlopers, Davis and Baldwin do their best to scare O'Hara and Jones away, but their house-haunting skills are pathetic at best. In desperation, the ghostly couple engage the services of a veteran scaremeister: a yellow-haired, snaggle-toothed, profane, flatulent "gonzo" spirit named Beetlejuice (Michael Keaton). With rumors about Beetlejuice 2 in the works, this Halloween is the perfect time to channel your inner Keaton.

What you need: A ratty suite (bonus points if you can get a striped suit, Beetlejuice's nattiest look), white and red face paint, fake teeth, and great comedic timing.

This classic horror movie based on Stephen King's first novel stars Sissy Spacek as Carrie White, a shy, diffident teenager who is the butt of practical jokes at her small-town high school. Her blind panic at her first menstruation, a result of ignorance and religious guilt drummed into her by her fanatical mother, Margaret (Piper Laurie), only causes her classmates' vicious cruelty to escalate, despite the attentions of her overly solicitous gym teacher (Betty Buckley). Finally, when the venomous Chris Hargenson (Nancy Allen) engineers a reprehensible prank at the school prom, Carrie lashes out in a horrifying display of her heretofore minor telekinetic powers. Go as the real monster in this film, Carrie's mother Margaret (and yes, spend most of the night explaining who you're dressed as).

What you need: The satin (or faux satin) night gown and the weird Angel of Death-like demeanor.

This greatest of all Frankenstein movies begins during a raging thunderstorm. Warm and cozy inside their palatial villa, Lord Byron (Gavin Gordon), Percy Shelley (Douglas Walton), and Shelley's wife Mary (Elsa Lanchester) engage in morbidly sparkling conversation. The wicked Byron mockingly chastises Mary for frightening the literary world with her recent novel Frankenstein, but Mary insists that her horror tale preached a valuable moral, that man was not meant to dabble in the works of God. Moreover, Mary adds that her story did not end with the death of Frankenstein's monster, whereupon she tells the enthralled Byron and Shelley what happened next. Surviving the windmill fire that brought the original 1931 Frankenstein to a close, the Monster (Boris Karloff) quickly revives and goes on another rampage of death and destruction. Meanwhile, his ailing creator Henry Frankenstein (Colin Clive) discovers that his former mentor, the demented Doctor Praetorius (Ernst Thesiger), plans to create another life-sized monster — this time a woman! And this woman happens to be one of the best all time characters to dress as for Halloween. The Bride of the Monster (Elsa Lanchester again) emerges with the greatest head of hair in film history.

What you need: That incredible wig, and a long, white gown.

This low-budget freak show/cult classic/cultural institution concerns the misadventures of Brad Majors (Barry Bostwick) and Janet Weiss (Susan Sarandon) inside a strange mansion that they come across on a rainy night. If you haven't seen it yet, stop what you're doing right now and watch it. You can choose literally any character from the film to dress as (so long as you're an adult and going to a party without children).