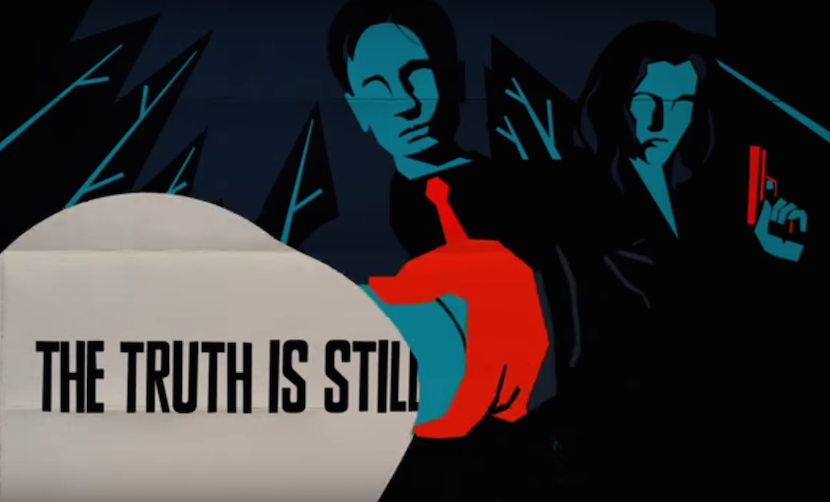 Mulder, Scully, the Smoking Man—they're all here in this very cool animated teaser for The X-Files six-episode event series. The spot aired during last night's episode of Gotham, and it brilliantly teases the two-night season premiere by rendering in beautifully stylized animation a lot of what we loved about the original show. (If you're interested in why they chose this specific color palette for the animation, click here). So what do we love about The X-Files? The will they/won't they, love/hate relationship between Agents Fox Mulder (David Duchovny) and Dana Scully (Gillian Anderson), the shadowy figures constantly orbiting them (none more so than William B. Davis, reprising his role as the “Smoking Man”), and the threat of something truly sinister, and supernatural, befalling our leads. By bringing together smart writers (remember, Vince Gilligan wrote for the original X-Files), great actors, and top-notch filmmakers in every department of the crew, creator/executive producer Chris Carter created probably the great sci-fi series of the 1990s.

Check out the animated teaser here: