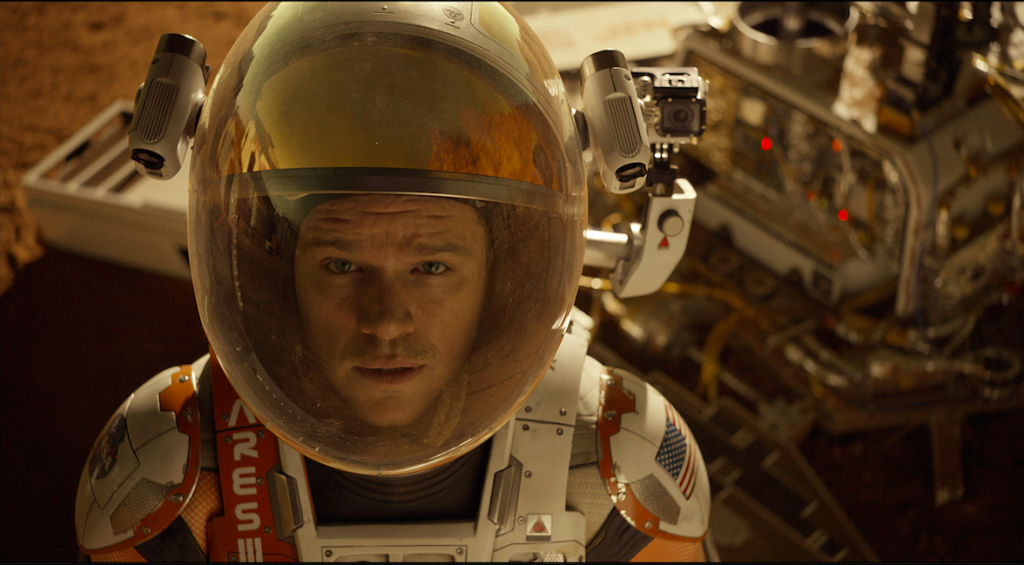 Arthur Max has worked with director Ridley Scott as the production designer on everything from Gladiator to Prometheus. He talks to The Credits about working closely with NASA to create the (largely) scientifically accurate world of The Martian and how his work, and Hollywood generally, have a surprising history of influencing America’s space agencies’ designs.

The Martian is a sci-fi movie, but it is rooted in real science, what are the challenges working within those parameters?

It's easier to work with constraints. If you have a blank canvas, there are no limits, and it's like, anything goes. That's like pure fantasy science fiction, which I'm not too partial to. I'd rather have constraints about the physical laws of the universe, and also, in conjunction with NASA, what technology they have planned. And we consulted with them about that, and there's some very cool stuff. So we didn't want to go too far beyond what they felt comfortable with portraying, because they had to approve any time we put any NASA logo on anything. The interplanetary ship, the habitat, the rover … the technology had to be kind of credible.

How strict were they with that? Did they understand when you had to make things a bit cooler for filmmaking purposes?

Yeah, they encouraged us to make it cooler. Really cooler in styling, I mean. They referred to the control desk on the alien ship of Prometheus, saying that they had modeled some of their consoles on that. 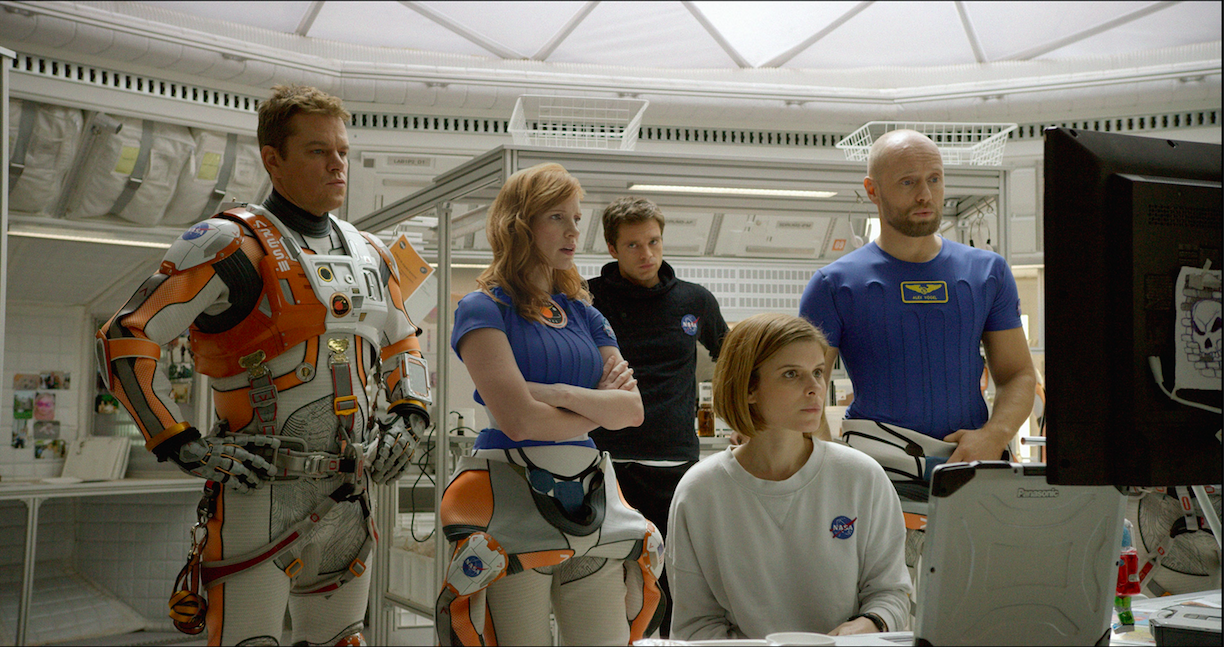 You were the production designer for Prometheus. So you've influenced NASA? That's amazing!

Yeah, they've said they look generally- not just to me- but to movies generally, to lots of movies with ‘star’ in their title, to kind of inspire them. They leave it to us to make them look cooler and inspire them.

I guess that makes sense, because moviemakers are thinking purely creatively, whereas they're guided by science.

Sure. Because they are practical engineers. They are constrained by very extreme tolerances of construction and failure of proof of the construction. We build stuff in paper mache. We had to try a little harder on The Martian, because things had to look like they could really work. They had to be banged around in the desert, banged around in storms, just being let loose at the mercy of grip and electricians and prop men. So there was a higher standard than normal for movies, because things had to function and that made them look even more real.

Do you prefer working in that world or more in the Alien/Prometheus world, where it's not quite so constrained?

No, I'd rather work in period films and periods of architecture that are known, because I'm kind of a student of classical architecture, and that's what I enjoy. But when it came to doing Prometheus, I was actually fairly intimidated, because I've never done any science fiction before. I've always done like Gladiator, Kingdom of Heaven, Robin Hood, or contemporary stuff. I told myself, ‘A real designer should be able to do anything. Are you a man or are you a mouse?’ And also because with Ridley, there's a whole fan base of people who love the Alien franchise, and millions of people are staring down at you to see what you're going to do to their beloved franchise. So I thought, I'll have to just have a go, or I won't be able to live with myself. It came up pretty well, but it's not the genre that I love. The Martian was more so because it's within reach, and it's much more contemporary, which I can relate to. I know what I'm doing. With fantasy science fiction, which is what Prometheus is, and all of the Alien franchise is, it's anything goes, make it up as you go along.

So you become sort of paralyzed by choice?

Yeah. I'm not that interested in fantastic creatures and that kind of thing. Ridley, he will make it relate as much as possible to everyday life in terms of probable genetics and the potential of science gone wrong and all those kinds of things. That's what interests him. What interests me is moldings and proportions and finishes, materials of classical beauty.

It's such a fruitful partnership. And he’s pushing you into areas that you didn't necessarily see yourself going.

Yeah, exactly, but he's also taught me that like sharks, you have to keep moving or else you sink. So I would prefer to do a different genre every time. A different period, a different world. I'm very uninspired by sequels and remakes. And I've turned down quite a few I've been offered. Sequels of this, that, and the other. If I haven't done the original design, I'd rather not do the sequel to it. And further, even if I have done the original design, I'm not that keen to do the sequel, because it always involves going over the same ground.

With this film, knowing that NASA are going to look at the end result and give it the stamp or not must push you to get things right?

Absolutely, and also we wanted to do them justice. The big Hermes spaceship is somehow better than I expected, because of the interaction between the art department and the visual effects department. We do conceptual drawings, and then they have to make it live and raise the surface finishes to much higher standards, projecting it big, than we do. But hand in hand, we kind of merrily created something that NASA thought was really cool. They were thrilled, and ecstatic about it, because it follows their design philosophy faithfully, religiously. The way that it's modularized and has interconnecting segments that can be juggled around. The fact that it has a gravity wheel that creates artificial gravity in rotation, which they have to have for such long voyage. And that we used their ion plasma nuclear power propulsion engine!

Ah, yes, which is new technology?

Totally new, and all we got were engineer's diagrams. We didn't get any of the [aesthetics], so we invented them.

When you're working in that sort of realm, are you influenced by any classic science films in particular?

Well, let me get on my hands and knees and bow down while I say, 2001: A Space Odyssey. To some degree it’s an homage to Kubrick’s film because we thought that was the coolest thing ever, and still stands up as, I think, the best. And NASA. So it's NASA meets Kubrick.