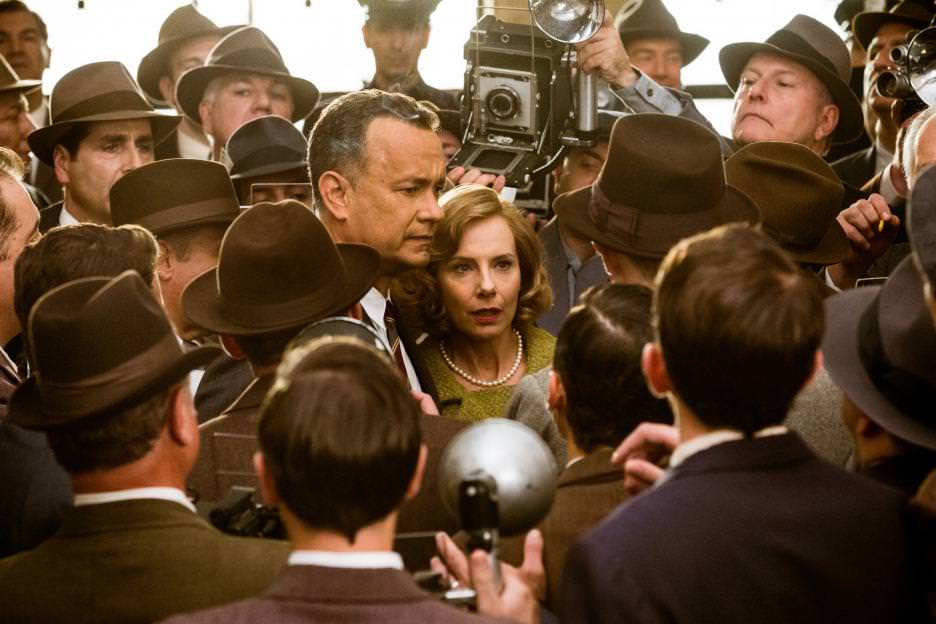 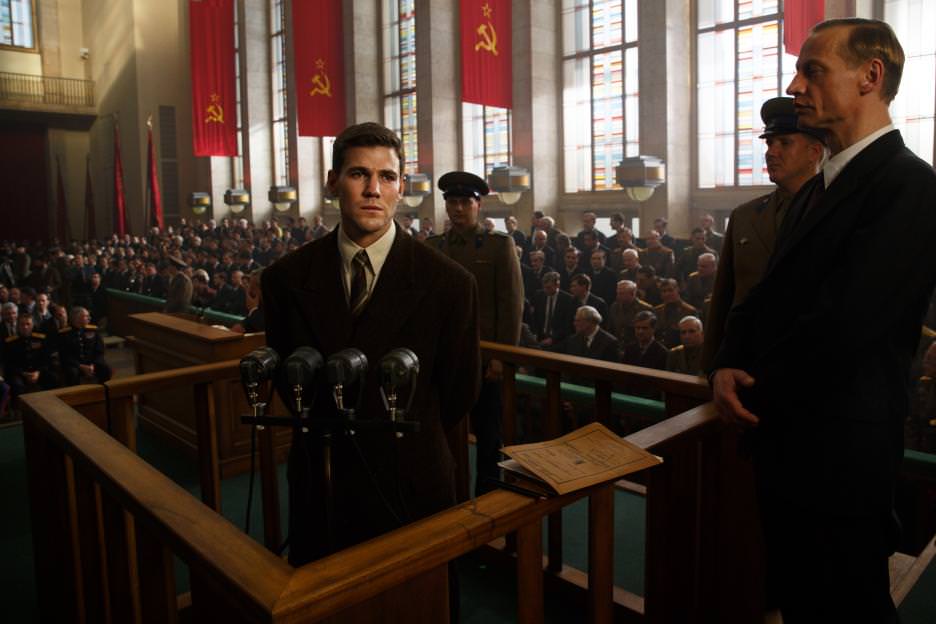 What are the challenges working on a period film, particularly when you're telling a true story?

I feel it's a very structured process, so my job is so much driven by the vision of the director and the script. My job is to represent basically the underlying design for all the people that show up in the script. With a film like this we are so driven by the research because there's so much research existing. I feel like every world that we portrayed was extremely well documented. Some of the footage was a little bit more difficult to get than others. Pictures of prisoners in Russia were almost impossible to be found but we did find one or two, so we did know what the uniforms of the prisoners were.

So you would use research like that as a jumping off point?

The jumping off point is the creative bible of research that becomes common ground for all of us to relate to. This is what I present to the director. I select my pictures of what I choose for the vocabulary of the film. I created this visual vocabulary that I present and share with the director and it’s very clear and we very quickly realize if we share the same visual vocabulary. That's what I share with [production designer] Adam [Stockhausen] and that's what I present to the director of photography and we all share responses of what is important to us. Within the first two or three meetings we pretty much understand each other's path. Then after this is established and we find a zone of where do we go with color, how do we push the color, how do we react to textures. We make sure that within our world, particularly with Adam, that we coexist well together. 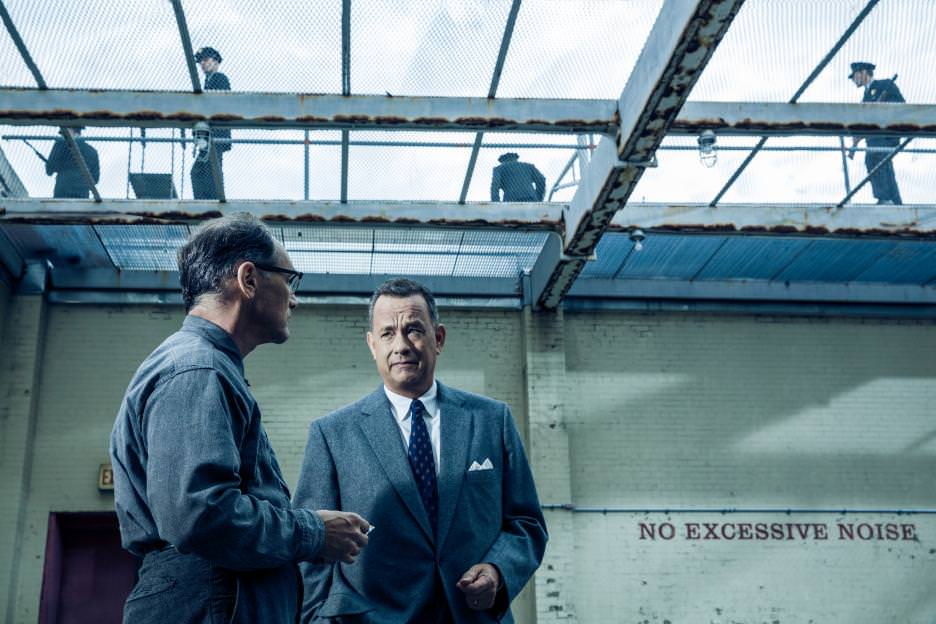 You have to complement each other?

Sometimes we do show up or have identical colors that he has on the set and I have on the costumes and that's the moment when we catch each other and we adjust and we decide who is doing what. It's fun because it just means we on the same path. 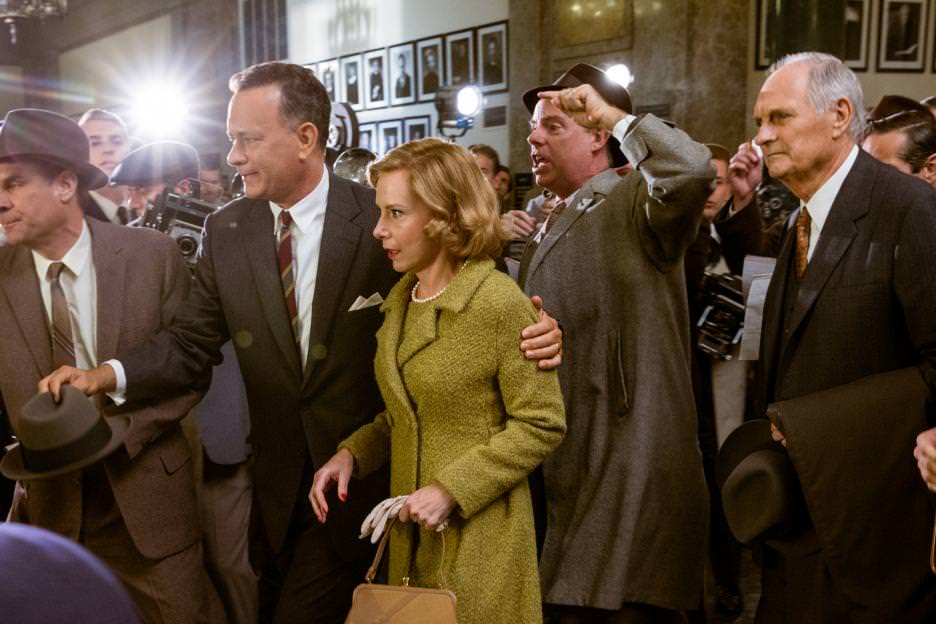 For Mary Donovan [played Amy Ryan] who is Tom Hanks’ character James Donovan’s wife in the film, you were partly inspired by Jackie Kennedy’s style, is that right?

Yes, to some degree, but I mean she was the leader of fashion, she was the inspiration of the period vocabulary for women and she's the one who pretty much reinstated that simplicity and elegance to daily wear for women. She had quite courageous color palette, and it was embraced by women, and that created very much the vocabulary of the period.

That's actually one of points of difference between the scenes that are in New York compared to Berlin, the color palette. There's a little more color in the New York scenes, isn’t there?

Yes, but you know it's interesting because to some degree, of course, each of the worlds are very different and we spent time studying the differences and embracing each detail of the differences. Nevertheless, in the big scope of things, things were shockingly similar in Berlin and in the States. The styles of suits, although the styles of the coats were a bit shorter in Berlin. Generally in the big scope of things silhouettes were very similar. You clearly know when you are in the different world, but comparing the worlds, the vocabulary was astonishingly similar. 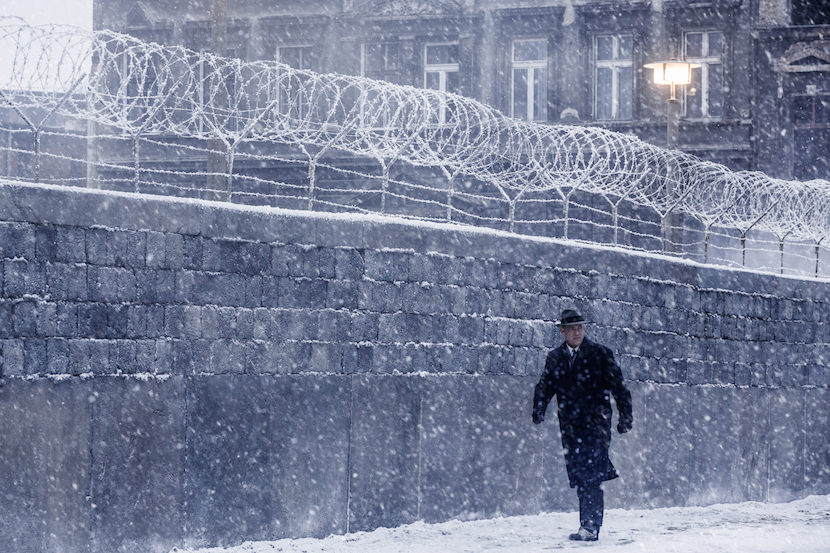 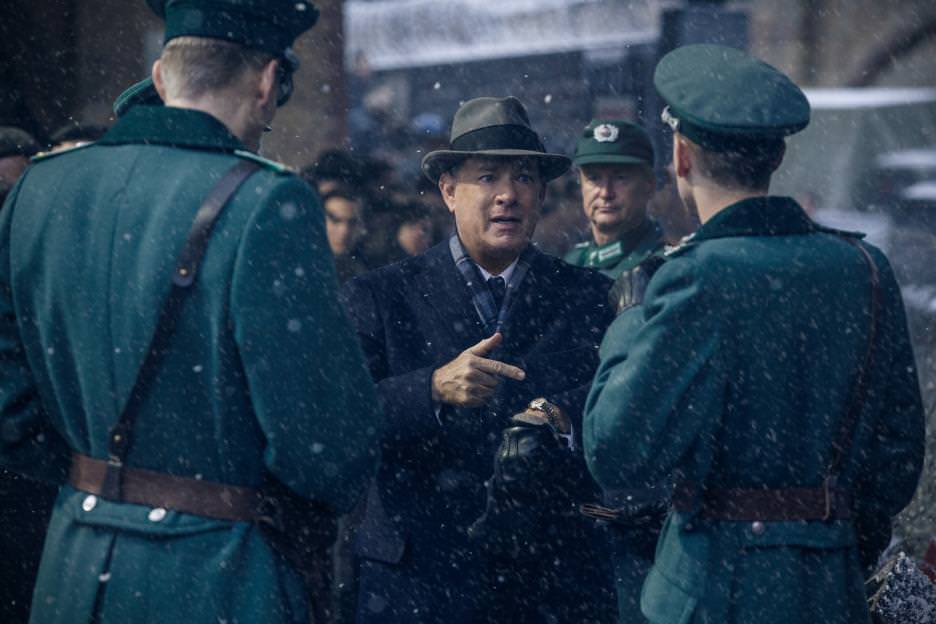 That was something that you weren't really expecting when you went to do the research?

Well, I actually did expect it because I come from Poland and I knew those worlds very well. On the other hand, thoughtfully examining those worlds we found its' similarities but also we manipulated things for the movie’s purpose because we are telling a story. It's the Cold War, so we played with the idea of the thought of the Cold War and creating the colors and portraying America as the more vibrant place. Most of the time that we are in the States we are living the world of men. There are only few points when we go to the world of women and that's who presented the color, the strong color. 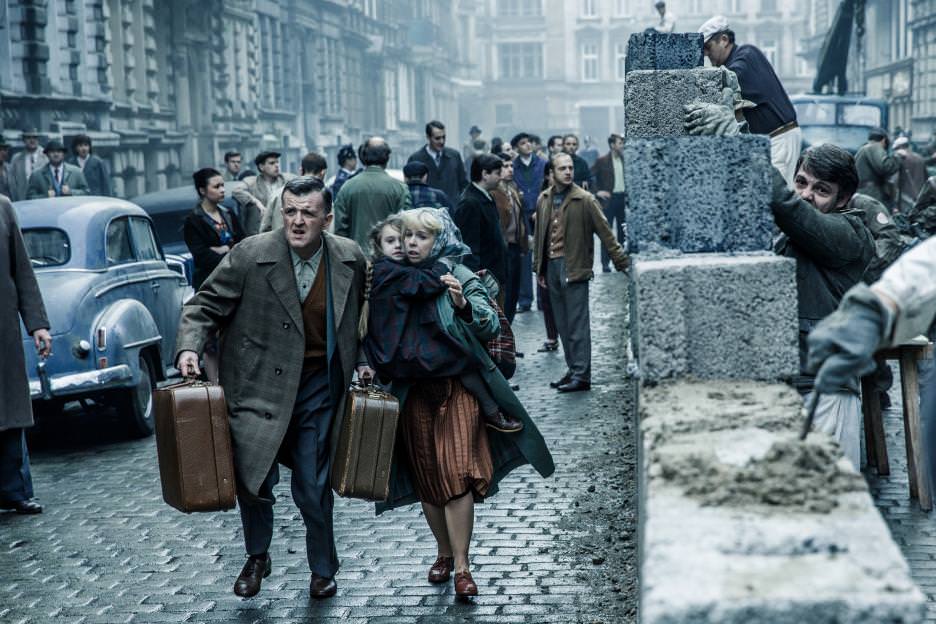 Is that when you feel like you have a little bit more fun? I imagine there's only so much you can do with suits?

And that choice does convey a lot about the man, the character?

Yes, and I feel like Donovan, who we portray on the brink of 60s, he's wearing a very classic suit. He does not jump into the 60s vocabulary because it would be just inappropriate if we put him a skinny lapel, he would look silly. 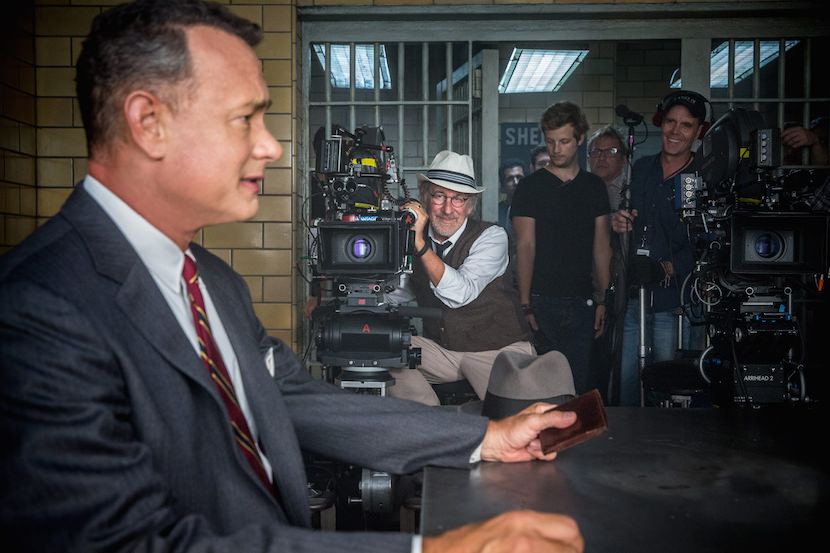 How would you say the costumes are used as a story telling tool? I’m thinking about moments like when Donavan gets his coat very politely stolen in East Berlin and the new coat he’s given has a big furry collar, which works as a visual gag.

Right, and probably in reality the coat that he was given would be much closer to the coat he had in the first part of the film. I somehow felt that going a bit bigger is better for the storytelling. It was that moment when you manipulate the reality just a touch. But, on the other hand, that coat was pretty much a replica of a men's coat from photographs from that period from the streets of East Berlin. That's where you push it with the film vocabulary. 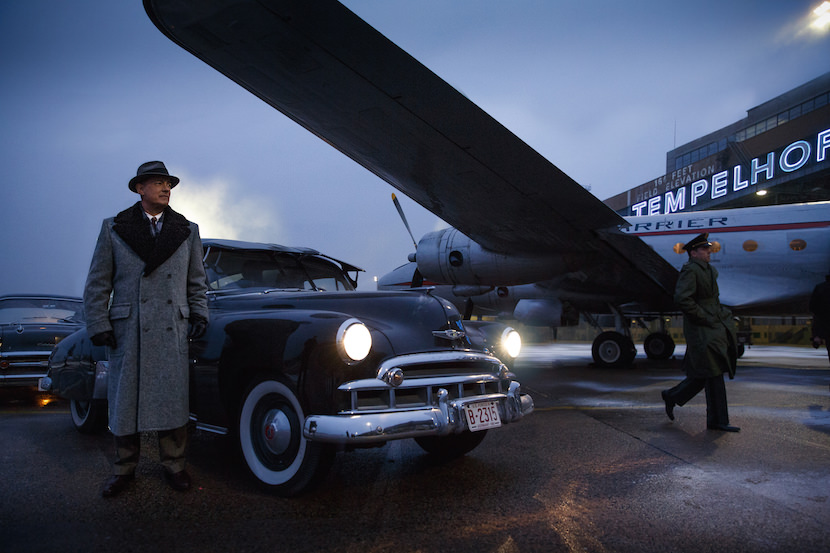 You were still working within a world that is authentic but you can make certain choices within that world?

Yes, very much so and I feel like the biggest difference between all those worlds is that in the States we are very much in the civil vocabulary and then when we move to Berlin we are in the world of armies. The army's presence is so overwhelming and so huge.

Do you source a lot of vintage pieces? Or have things made? What's the balance of that?

It's always a combination of many different sources. In this case of this film we had teams of people who are in New York, Berlin, Poland, Los Angeles… so there was at the same time teams of people working. I think the total count was about 4,000 extras. The stock came from Los Angeles costume houses, New York costume houses, from Berlin, from London, some of the costumes were made, costumes for the German soldiers came from Berlin…we also had to make several of them in Poland. We bought stuff on eBay, we bought stuff in antique stores, we bought stuff from vintage dealers, we had several of the suits made and some of the women's stuff made. We had a costume shop in the studio, both studios in New York and we had tailors working with us in Germany.

It was intricate, elaborate structure that is run by the wardrobe supervisor that I work with, this genius man called David Davenport, and he's worked internationally a bunch of times. He knows how to create those structures to support that kind of production really well. It’s how you get the 400, 500 people ready on the day of filming for 7am shooting start.

This is the first time you've worked with Spielberg. How did you find that experience?

I thought it was phenomenal. I am just in awe. I think that he is just such an incredible, infectious force of a man who loves movies and is a phenomenal story teller. He embraces the teams around him in the most incredible way and gives us all such incredible inspiration that it's really just an incredible experience.