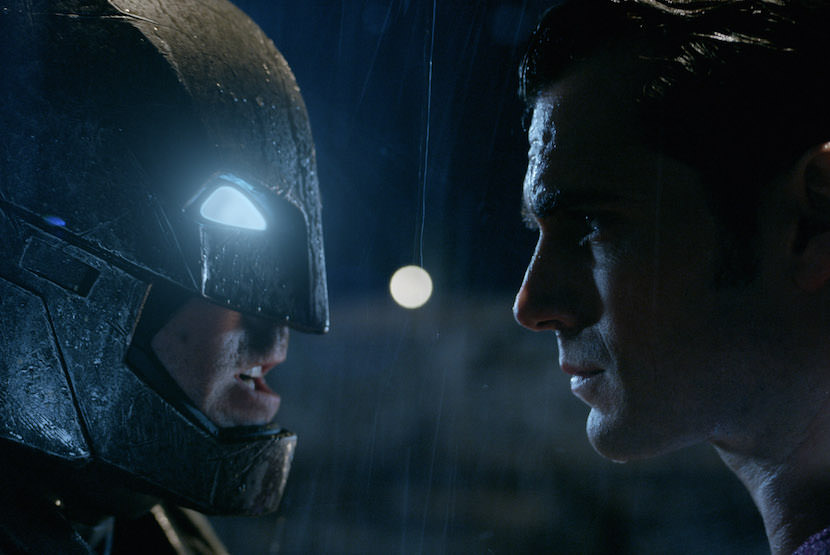 It’s a pretty clever piece of viral marketing: Fortune Magazine has published an exclusive interview with Lex Luthor Jr. , the “31-year-old wunderkind who transformed an aging petrochemical and heavy machinery dinosaur into a tech darling of the Fortune 500 in what some call a superhuman feat.”  There were rumors that Warner Bros. was going to drop a new trailer for Batman v Superman on us sometime this month, but nobody was expecting this.

This exclusive plays like a profile of a young, brilliant and colossally successful titan of the tech word, say, Mark Zuckerberg. Of course Lex Jr. is played by Jesse Eisenberg, who brilliantly portrayed Zuckerberg in As seen in the trailer released at Comic-Con, Eisenberg’s Lex Luthor Jr. is a twitchy, scheming brainiac luring Batman (Ben Affleck) into a confrontation with Superman (Henry Cavill), no doubt using his own technology to supercharge the Bat suit. Yet this is fawning profile, the unnamed reporter clueless (willfully or not) to his young subject's true aims. “This jeans-wearing genius is equally at ease rappelling the climbing wall in his employee ‘inspiration station’ and coding in ‘the crucible’: the cutting-edge R&D lab where the baby-faced billionaire verbally extemporizes computer code like Miles Davis improvising a trumpet solo.” Aside from a lot of hyphens, the Fortune “interview” with Luther is a great parody of the kind of thing we read all the time: here’s a brilliant young billionaire whose company has a skateboard half pipe, a half dozen ping pong tables and a line of vegan food trucks waiting in the company parking lot. Don't you wish you were him?

Yet there’s more going on here than parody. Warner Bros. is seeding information about Lex Jr.’s resentment and desire to outdo dad, once Superman’s most legendary antagonist. “Dad named the company after himself ten years before I made my unexpected entrance into his life. But investors seemed to respond to the idea of an adoring father building a legacy for his precious son. He used that to his advantage. It was a good shtick and, whatever else he was, he was a good businessman,” the younger Luthor explains.

The Fortune piece goes on to describe Lex Jr.’s father as an East German émigré who escaped a totalitarian government that controlled its' people to stake his claim in the land of the free. Arriving with nothing, Luthor Sr. carved out an empire of oil and machinery, while making many enemies, one an alien from Krypton, along the way.

There’s a bunch of winks and nods throughout. How about the “tasteful display of his world-famous collection of meteorite crystals,” the Fortune reporter describes passing. Or the mention of how Lex Jr. turned an aging family business into the “second largest emerging technology corporation in the world.” The first? Wayne Enterprises. And then there’s the nugget of how LexCorp is dealing in one area of business that Wayne Enterprises fears to tread—military contracts. When Lex Jr. describes why LexCorp must push his tech giant into the military industrial complex, he says “…a near certainty that another world-changing crisis is hurtling toward us like a speeding bullet. We have to be ready to defend ourselves. No civilization was ever conquered by having a strong military.” I’m sure you caught the joke there.

It's a nifty bit of marketing, whetting fans appetites until the third trailer finally arrives and we get another look at who Lex Luthor Jr. really is.