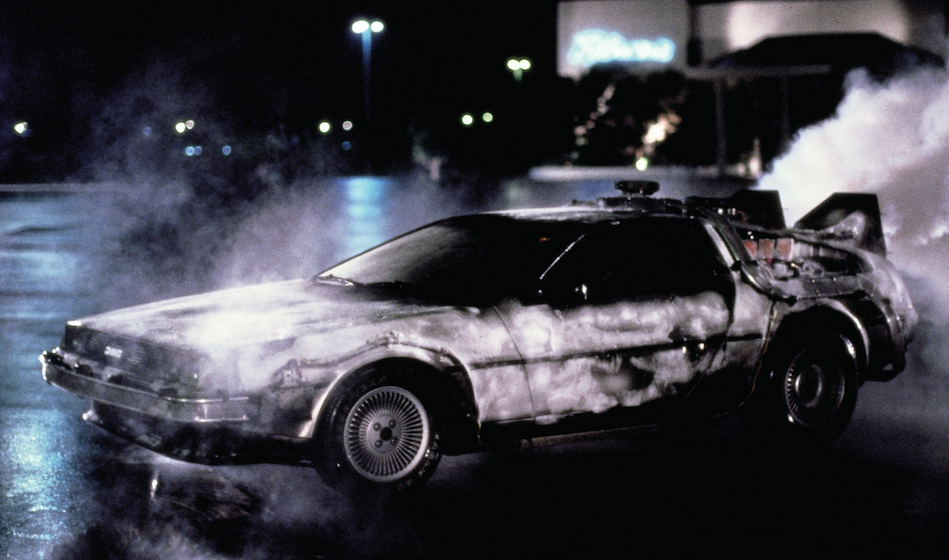 As we’re sure you’re aware, today, Wednesday October 21, 2015, is the very day in the future that Marty McFly (Michael J. Fox) traveled to in Back to the Future Part II. At the time of filming, 2015 was more than a quarter-century away, yet the vision of the future writer/director Robert Zemeckis and screenwriter Bob Gale envisioned hasn’t turned out to be total bunk, despite Zemeckis’s misgivings.

"I always hated — and I still don't like — movies about the future," he says in "Back to the Future: The Ultimate Visual History." "I just think they're impossible, and somebody's always keeping score."

When Zemeckis made his film back in 1989, the majority of people keeping score were film critics and moviegoers, and that was about it. Although critics did put on their futurist hats to dig into what the film was saying about our future. Rottentomatoes.com dug this review out of their archives:

“The different visions of alternate times and realities are imaginatively staged with intricate sets and slick visual techniques. The best of them is a Hill Valley dominated by Biff, who has used his ill-gotten information about the outcome of sporting events to amass a fortune. He’s become a nightmarish (more nightmarish?) version of Donald Trump, converting the town into a neon-lit casino town ruled by greed and power.” — Gary Thompson, Philadelphia Daily News, Nov. 22, 1989

The majority of critics were generally positive (it's got a 61% fresh rating on Rottentomatoes.com), but moviegoers simply loved it—the film was a hit. Today, however, there's a little thing called the Internet that allows anyone with access to a computer and a WiFi signal to pick apart every frame of Zemeckis's film for outrageous, silly, or otherwise moronic predictions. As you're probably aware, there's been a whole cottage industry in the run-up to the 30th anniversary of the original Back to the Future and Back to the Future day about how the film's predictions have fared. The power of Back to the Future's legacy is such that the White House is celebrating Back to the Future day with a series of conversations with innovators.

Technology, entertainment, politics, world affairs—these are all part of the predictions made by films like Back to the Future Part II, 2001: A Space Odyssey, Blade Runner, Total Recall, and many more. Of course they got a lot wrong (flying cars, hoverboards, Jaws 19), but what’s impressive is how much they actually got right. Back to the Future II’s vision of Wednesday, October 21, 2015 might be far less technologically advanced than our world actually is, but Zemeckis and Gale were fairly on the money in a lot of their predictions. And they’re not the only ones to have successfully predicted the future in their film. The list is surprisingly long, and it includes Kubrick’s epic 2001: A Space Odyssey, Paul Verhoven’s Total Recall (adapted from sci-fi legend Philip K. Dick’s story “We Can Remember It For You Wholesale”) to Steven Spielberg’s Minority Report (another Philip K. Dick adaptation). Filmmakers have been some of our most accurate futurists.

Don’t take our word for it. Check out Screen Rant’s video “10 Movies That Actually Predicted the Future” for proof.

TAGSBack to the Future Part II Front of Book Trailer