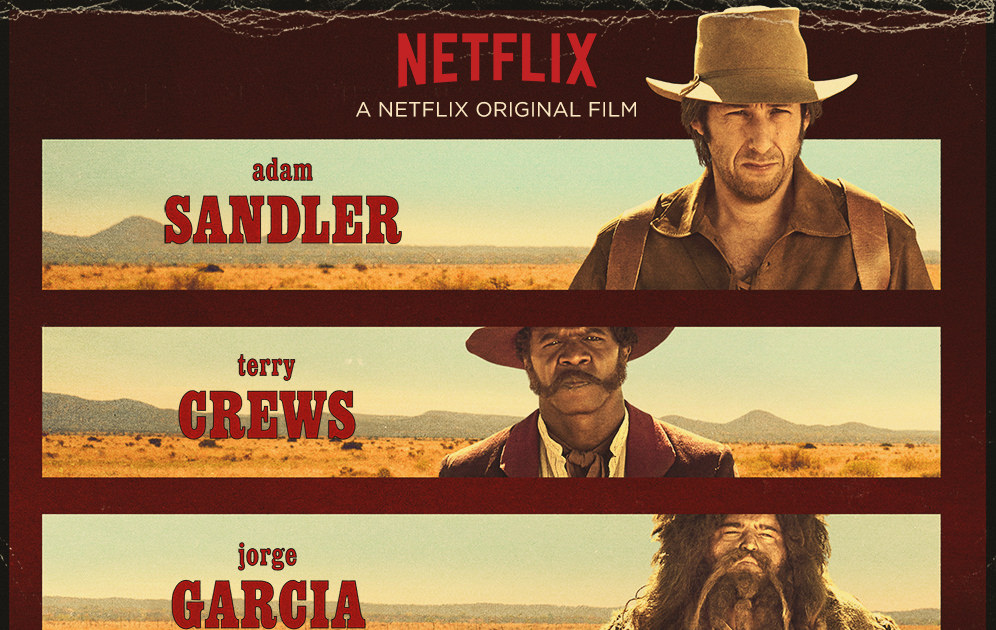 Are you Prepared for an Adam Sandler Western? Watch The Ridiculous Six Trailer

You've got Quentin Tarantino's The Hateful Eight  due in December, and a remake of John Sturges’ iconic 1960 western The Magnificent Seven (itself based on Akira Kurosawa's Seven Samurai), directed by Antoine Fuqua and starring Denzel Washington and Chris Pratt due out next September. And in case you weren't aware, you've also got Adam Sandler's The Ridiculous Six, co-written by Sandler and Tim Herlihy and directed by longtime Sandler collaborator Frank Coraci streaming on Netflix on December 11. No one's suggesting you be as excited to see Sandler in a western parody as you surely are to see Samuel L. Jackson in Tarantino's second Civil War-era film (after Django Unchained) or Chris Pratt and Denzel Washington in Fuqua's film. All we're saying is, this is the first film in Sandler's four-picture deal with Netflix, so you should at the minimum watch the trailer and prepare yourself for more.

The premise is predictably ludicrous; Sandler play's 'the White Knife,' an orphan who grew up among an Indian tribe and became a notorious outlaw. He eventually teams up with five even more ridiculous individuals, who all turn out to be his half-brothers, so they can start robbing banks as a family. The cast is sprawling, and includes Taylor Lautner, Nick Nolte, Luke Wilson, Steve Zahn, Danny Trejo, Chris Parnell, and Lavell Crawford. That's not it. There's also Steve Buscemi, Rob Schneider, Dan Aykroyd, Will Forte, Nick Swardson, Terry Crews, Jon Lovitz and Vanilla Ice. Yes, that's correct.

Check out the trailer and let us know what you think.