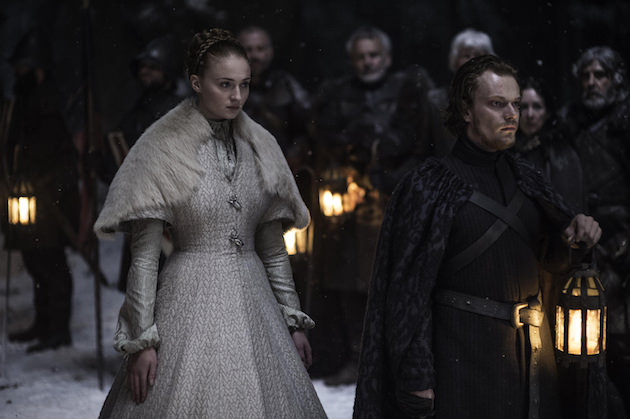 Editor's note: we were excited by the news reported by The Daily Star that George R. R. Martin had confirmed a Game of Thrones movie was in the works—alas, it looks like that might not be the case. Variety reported this morning that Martin to took his Livejournal to debunk this rather juicy rumor. Below is the initial story, which got our hopes up a tad too much.

While you eagerly await season 6 of HBO’s Game of Thrones, there’s some new information to digest for the show that just took home a record 12 Emmy’s, including Best Drama Award—a potential movie.

Author and GOT screenwriter George R. R. Martin told The Daily Star that HBO is going launch the series from small screen to big when the show ends its’ run on TV. This is the biggest GOT news since all the “is he or isn’t he dead” speculation surrounding fan favorite Jon Snow (Kit Harrington). Spoiler alert on that front—the Star also reported that Harrington was pictured filming new scenes for season six.

As for the film adaptation, Martin said at HBO’s Emmy afterparty that there will be a film, but he won’t be involved. “There will be a movie but I will not be involved," he told the Star. "I have too much to do. That is something HBO and the DB and David are dealing with. I have two more books to fi nish and I still have so much to do. The pressure is on. I am such a slow writer and the fans get upset that I don’t write faster.”

Hold on, it gets even better. Someone close to the production told the Star that not only will there be a film, but it’ll include flashbacks that will bring backside beloved, long-dead characters.

“They are looking at dipping back in time during certain periods of the series, which could be examined as a one off plot,” the insider told the Star. “That means that some of the big characters who fans have seen die on screen could be resurrected such as Robb Stark, Catelyn Stark, Oberyn Martell The Red Viper – and Ned Stark.”

In the meantime, Collider reports that HBO president of programming Michael Lombardo has said that, after speaking recently with showrunners/executive producers David Benioff and D.B. Weiss, the series will likely end after season 8. This is the point where the movie would come in, offering fans two plus more hours, on the big screen, to say their goodbyes.

Check out our interview with GOT director Jeremy Podeswa here.