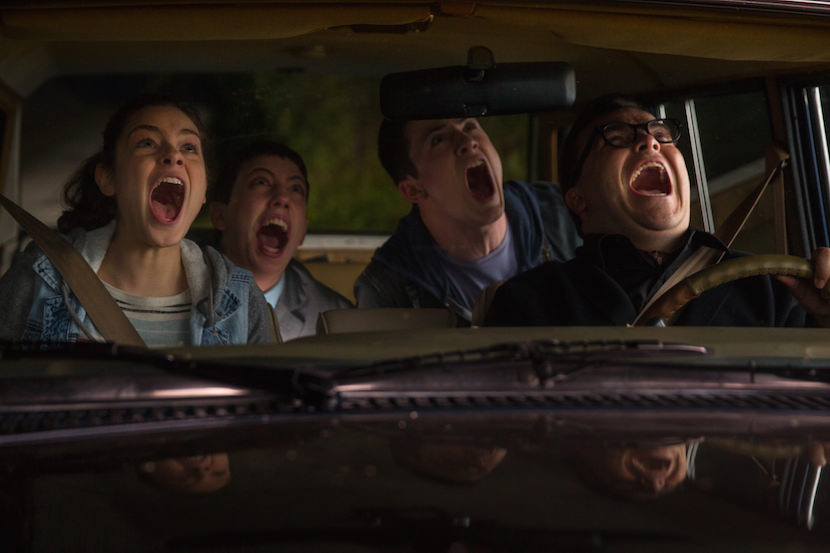 A good family film around Halloween is nothing to sneeze at. Especially a live-action horror-comedy starring Jack Black as horror author R.L. Stine, whose creations have burst out into the real world and are now terrifying the community of Greendale, Maryland. This is the world of Goosebumps.

Teaming up with his daughter Hannah (Odeya Rush) and some teenagers from town, Goosebumps is based on the book of the same name by real life author R.L. Stine, and is directed by Monsters vs. Aliens and Gulliver's Travels director Rob Letterman.

In the below clip, Black and crew come face to face with one of nature's most beguiling insects, only now about 100,000 times larger and ready to rumble.

It’s Official—Andy Serkis is Alfred in The Batman