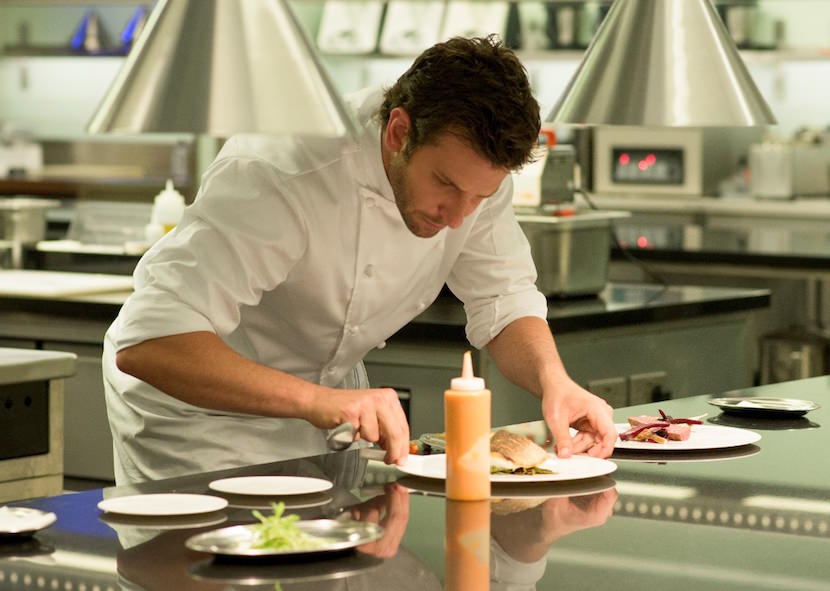 Watch Bradley Cooper as a Rampaging Chef in Burnt

Bradley Cooper plays Adam Jones, a hotshot (and hot headed) American chef who made more enemies than he did meals in an epic flameout in Paris in Burnt. Now, Jones wants to resurrect his career in London, putting his diva behavior and past drug use behind him as he attempts to create the most ambitious kitchen on the planet.

We all know Cooper can do intensity, and with Sienna Miller, Uma Thurman, Alicia Vikander and Emma Thompson surrounding him, he's got the ensemble cast of any man's dreams to help out. In fact, it might be Vikander who's the one burning up the fall prestige film season the most, with her performance in The Danish Girl drawing rave reviews. Having already wowed us as Ava in Ex Machina, we're excited to see what she brings to Cooper and the rest of the cast.

Can Adam Jones get those three Michelin stars he's after? We'll have to wait for the film to see (it comes out Oct 2), but this trailer should whet your appetite.

See How They Created This Epic Lightsaber Duel inStar Wars: The Clone Wars