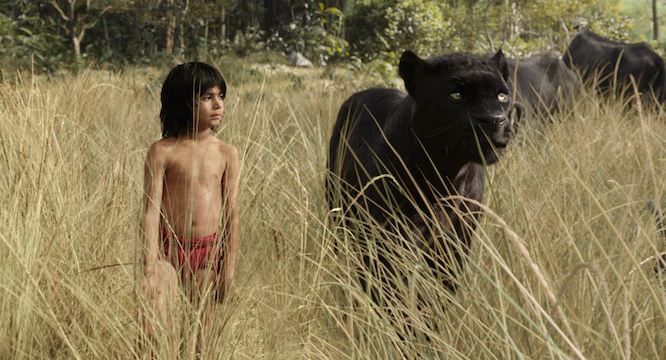 Based on Rudyard Kipling's stories and inspired by Disney's 1967 animated version, The Jungle Book follows a boy named Mowgli (Neel Sethi) who has been raised by wolves. The trailer opens with some lushly filmed jungle visuals and then, in a fun twist for fans of Her, the first voice you hear is Scarlett Johansson's, the woman who made the artificial intelligence known as Samantha in Spike Jonze's film so earthy and moving. Here, Johannson is playing the seductive python Kaa, and she's one of many wonderful actors lending their voices to the various animals that populate Mowgli's world. 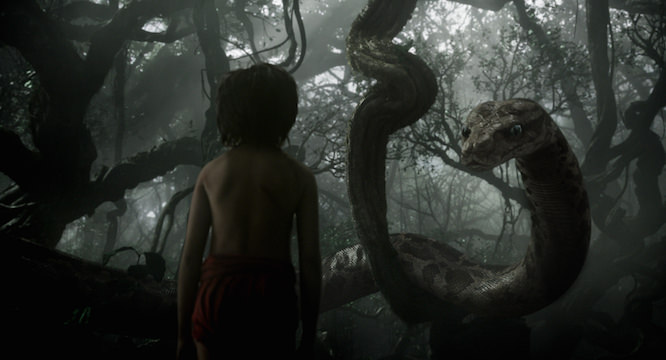 Guided by mentor (and panther) Bagheera (voice of Ben Kingsley), and the free-spirited bear Baloo (voice of Bill Murray), Mowgli's journey through the jungle and beyond brings him into contact with beasts as beautifully rendered as one now expects, with photo-realistic tigers, elephants, apes and more thrillingly making their appearance in the trailer below. The voice cast also includes Idris Elba, Lupita Nyong'o, and Christopher Walken. Due on tax day next year, April 15, Disney will likely collect their fair share with what appears to be a proper re-imagining of a classic.