Beth Kushnick has been a set decorator for approximately three decades. From the mid-1980s to the early 2000s, she worked on countless films including Jumanji, Private Parts and Frequency.

In the early part of this century, she moved predominantly to television where she worked on several programs — including 3 lbs., Law and Order: Trial by Jury and Canterbury’s Law — that didn’t last beyond their first season. After working from 2008 to 2010 on the show Fringe, Kushnick finally found a more permanent home on the CBS drama The Good Wife.

Since the first season, Kushnick has served as the show’s set decorator. She helped design the home where title character Alicia lives, the courtrooms where much of the action occurs, and the different law offices where Alicia has worked since the show began in 2009.

With the seventh season of the show premiering on October 4th, I recently had the opportunity to talk to Kushnick about her work on the Emmy award-winning program and how the show’s decor helped launch its own line of home furnishings. Below is a slightly edited transcript of our conversation. 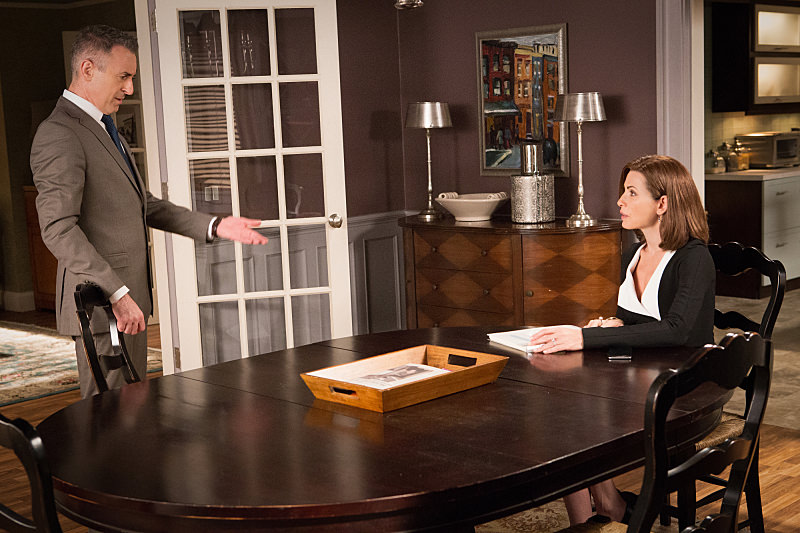 How did you originally decide the look of The Good Wife?

Any start-up TV show of which I’ve done seven — this is the only one that’s made it to a second season with the exception of Fringe — starts with considerations on a lot of levels. What is the main set? What are we gonna build? We started slowly. We built Alicia’s apartment first and then we built the law office and the court house… Everything is script-driven so seven years ago, when they had the big view of what season one would be, we knew that we needed a courtroom which you can’t shoot on location because it’s hard to schedule because real courts are in session. We knew we needed her apartment and at that point, [the law firm] was Lockhart/Gardner… 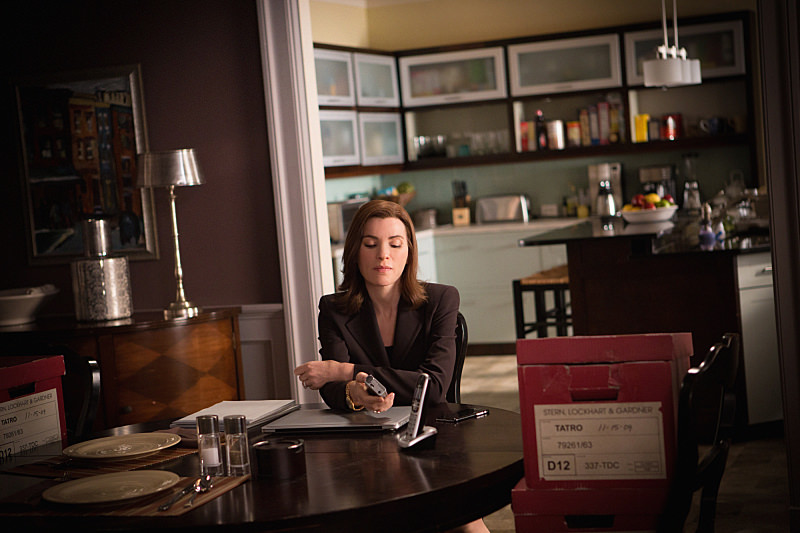 What's the breakdown in terms of how much time you have to shoot each script?

Every script comes to us with a list of sets and/or locations. We have three stages of standing sets in Brooklyn. Then we have what we call our swing set area. We shoot a new episode every eight days so we’re always dressing and striking [taking apart] and shooting. I have set dressers and an assistant set decorator who may be off dressing one location while I’m here at the stage. It’s a lot of management and juggling in terms of scheduling and I really have the biggest crew on the entire show because unlike other TV shows, the look of The Good Wife has taken on its own character. I’ve been doing this for 30 years and never had a scenario where it’s so involved.

So the standing sets are always there? 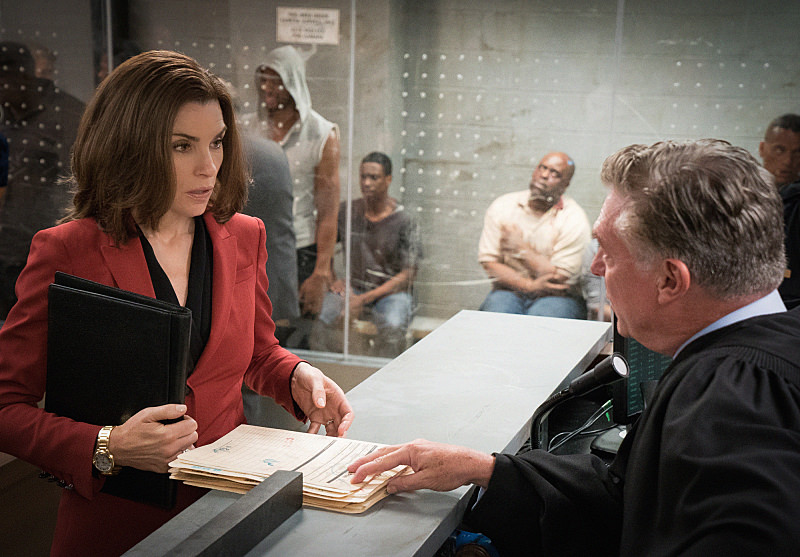 How else has her apartment changed over the years?

The biggest change in the apartment has come with the growth of her kids. Not only have our actors grown through the years but the characters get older and change every year, so I started with a pretty youthful girl’s room for Grace [which] is now an older teenager’s room. For me, that was a great development. When we decided on Grace’s chair for her bedroom, my daughter and her friends contributed their opinions [about] what color it should be. All of these things develop and change.

Do the actors have any input on what they think will be in their rooms?

No, they love everything. They’re very supportive and excited about the set décor, but it’s kind of my back story that I’m telling for them. When we first started with Grace, we decided that she was a lover of riding horses.

The change and the difference in the craft for me being a set decorator on this show is that I have so much fan input. I have so many fans who are so driven and smart and savvy. They notice everything. In a way, that contributes a lot to some decision-making. I really think about that now because I have fans who would know this stuff.

Just the other day, [we were shooting] a scene with Cary in somebody’s office and we put up a photograph [of Chicago] because I like to layer the set with Chicago-centric kind of things because obviously the show takes place in Chicago and somebody pulled that. My assistant pulled that and I said this is really funny because that photograph happened to be in Cary’s first office on the show and that was six seasons ago, but I bet you once that episode airs, someone on Twitter will know that fact. I’ve had fans who have had twitter discussions where they’ve sent me the transcript where they go on for hours really wondering and discussing the choices and the concepts. On my Twitter, I give retail sources. Whoever asks me, I can answer them. I tell them how they can get the look of the decoration on the show.

"[The show has] a licensed line with Mitchell Gold + Bob Williams. It’s the first home decor line for a TV drama in TV history. It’s the Mitchell Gold + Bob Williams collection for The Good Wife and I [collaborate] with them. It’s been [featured] in Variety and [there’s been] a lot of press on it because it broke the mold of being able to literally get furniture from a set and then it led to me having my own collection. I have a collection called BAK Home with IMAX Worldwide Home [which] you can buy on Wayfair and Amazon and Wal-Mart so people can get their look of The Good Wife. 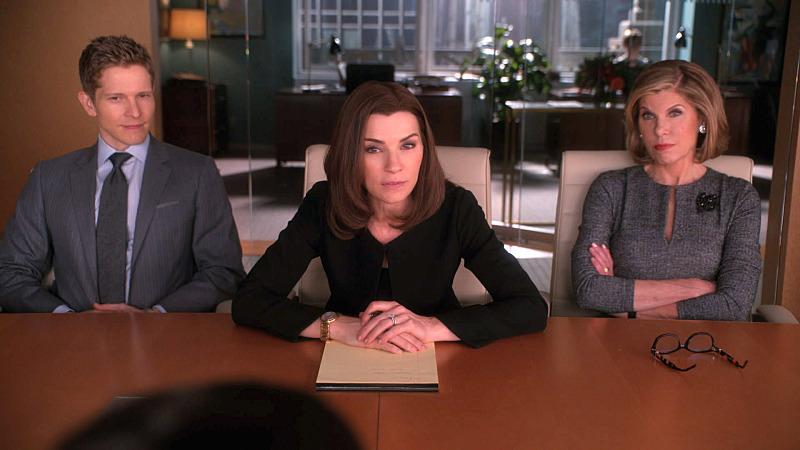 When did you realize The Good Wife had such an iconic look and that it was different than the other shows you worked on?

After the apartment was complete. I had a lot of pieces planned but the actual physical dressing of the apartment literally took place over a weekend right before we started shooting the first episode. It was one of those moments where it was just me and my crew for two days.

You’re building a set from the ground up so you start with an empty studio and every little item from switch plates to flooring to drapery to greenery and fabrics and furniture has to be put in there. 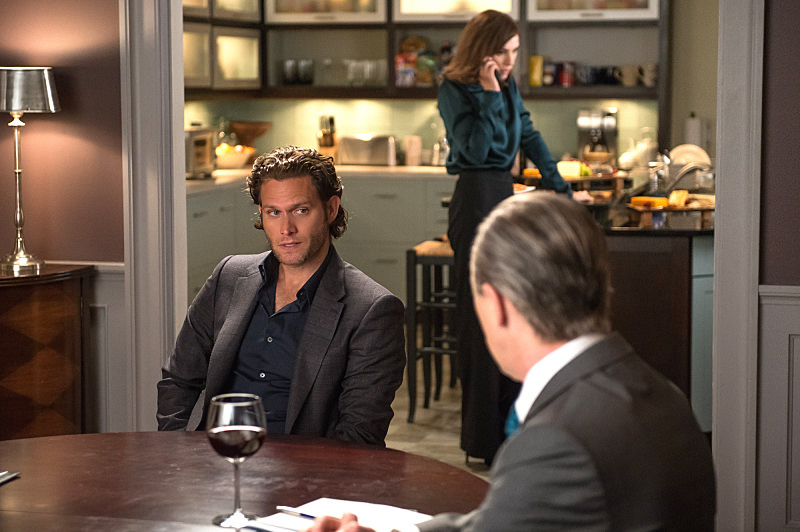 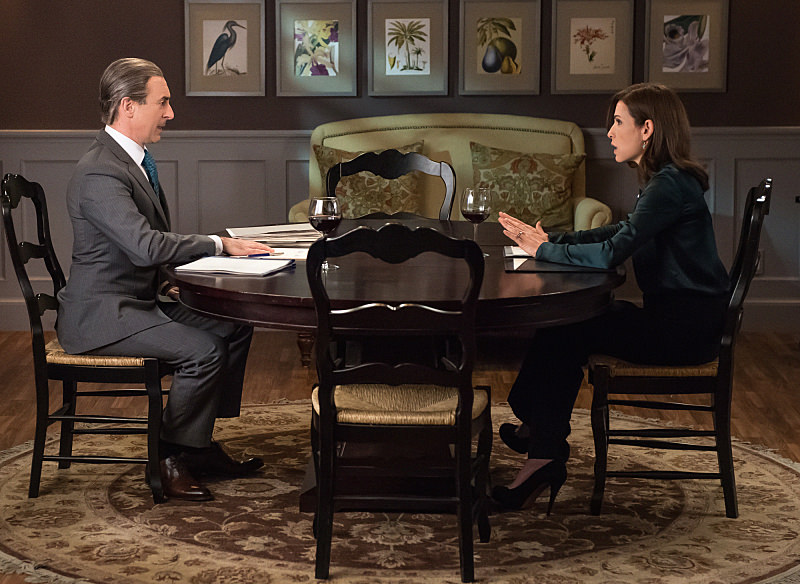 Everything just started to click visually for me. Also, it helped that Alicia’s apartment is kind of close to my own design aesthetic so I was really feeling it. And then the show aired and I was inundated. The network got a lot of letters. A lot of e-mails were going. People were finding me. I didn’t realize it was gonna turn into this but literally the network came to me and said that we’re getting so much fan response.

At that point, I was writing a blog every week. Then once the blog turned into me having a Twitter account, it just blew up and it started with press very early — mainstream press covering the look of the show, which was not my experience in the past. I think what resonates is that the work that I do is very attainable for people. I shop at very attainable retail stores. Obviously, it’s about the way I put it together. It’s amazing that considering that I’m a behind the scenes person and have been my whole career, that my job and my work — my life’s work — has become so accessible.

What is your favorite area of the set?

I really like Diane’s office at Lockhart/Gardner. She got the big corner office. I like the concept that she’s not laden with paperwork and files. That her work gets done in a highly managed [fashion] and she just doesn’t have that mess around her and it’s all kind of beautiful things. I love the colors of Alicia’s apartment. Her bedroom was a color that I had at my old house in my bedroom and so that’s one of my favorite rooms of her house. I actually really like Grace’s room. I like that kind of mirroring my experience with my daughter and looking for things for her. 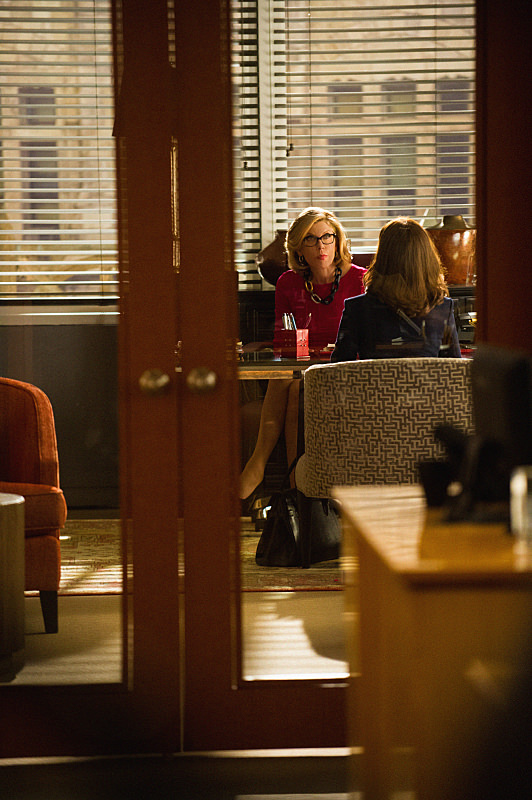 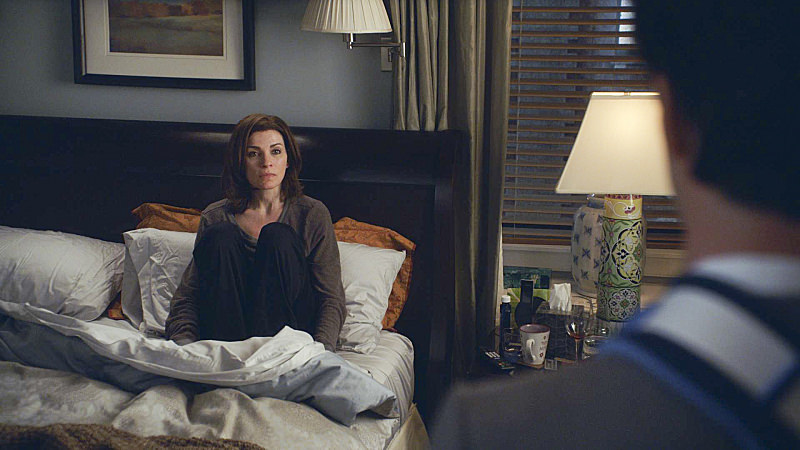