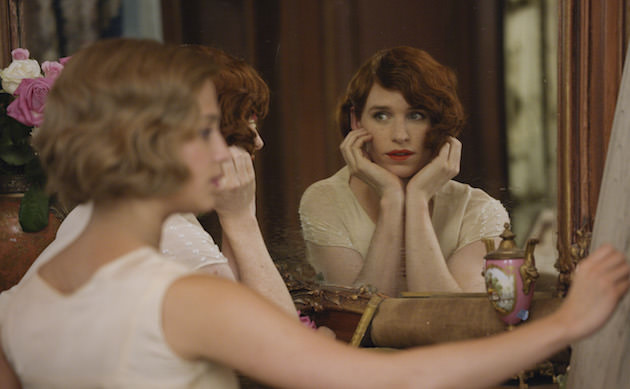 The word “Oscar” has been unavoidable ever since people learned Eddie Redmayne would be starring in Tom Hooper's The Danish Girl, playing transgender artist and pioneer Lili Elbe. Fresh off his Oscar win for his astonishing transformation into Stephen Hawking in The Theory of Everything, all anybody needed to hear was "Redmayne" and "transgender artist" to grant him his second nomination for Best Actor in a row. Well, after watching the first trailer for The Danish Girl, all that talk seems entirely justified. Redmayne’s transformation from Einar Wegener into Lili Elbe, while less technically daunting as his work playing Stephen Hawking, looks as emotionally riveting. Redmayne's gifts for transformation are total.

With Tom Hooper (The King’s Speech, Les Misérables) at the helm, and based on novelist’s David Ebershoff’s fictionalized account of Elbe’s life from a script by Lucinda Coxon, The Danish Girl follows painter Lil Wegener (formerly known as Einar) as she goes from playfully posing in women’s clothes for her wife Gerda (Alicia Vikander, striking here playing a full bloodied human after her killer turn as Ava in Ex Machina), to a night on the town as her new creation, Lili, to her realization that there is more to his enjoyment in “playing” Lili than simple make believe. Lili Wegener went on to become one of the first people to under gender reassignment surgery.

“This is not my body,” Lili says to Gerda, “I have to let it go.” If a trailer can pack this kind of emotional wallop, and with the talent involved in this film, one feels fairly certain that all the premature “Oscar” talk has a very good chance of being anything but make believe.