The Credits talks to James Dashner, the author of the best-selling "Maze Runner" trilogy, on the eve of the release of Maze Runner: The Scorch Trials– the second installment of the blockbuster film series based on his novels- about his cinematic writing style, keeping his fans happy and how the filmmaking process has influenced his work.

Your trilogy and The Hunger Games are both set in a post-apocalyptic landscape and have been hugely popular both as novels and movies for young adults. What is the attraction of that setting do you think?

I feel like I'm very lucky that I was in the right place at the right time with this series. We came out right after Hunger Games. I think people were ready for a new wave of something. They loved the Harry Potter years and then Twilight became this gigantic thing. This is just something a little different, where we're actually envisioning our own future, and that adds this element of coolness to it, that, ‘Man, this could actually happen to us and now how would we react?’ Of course, it has all the sense of adventure and you can have all kinds of cool characters, which is what they love. I think it just struck a chord with people and I feel very blessed that I was a part of it.

I think the maze was the first thing that came to me. I love to envision things almost cinematically, because I love movies so much. I had this image of this maze, and these stone walls with ivy on them, and everything had this archaic, old feel to it, yet I wanted it to be in the future. I loved that dichotomy of futuristic world with lots of futuristic technology, and yet everything they're seeing looks like something from old castles and stuff. 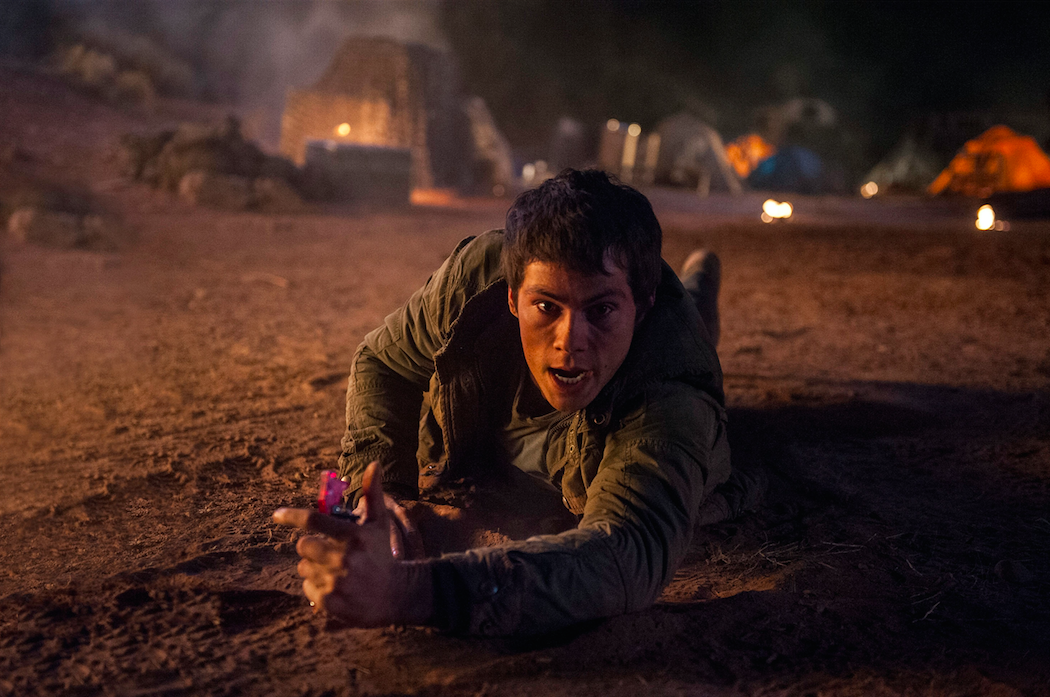 Yes, it doesn't have a slickness to it, it has character.

Right, and I loved that imagery. Then it just started developing from there. I had to think about, Okay, now why in the world would they be there? I wanted to have a lot of interesting characters with different personalities. It's definitely influenced by Lord of the Flies. It was kind of my tribute to Lord of the Flies at first. I loved that book so much. I did my own interpretation of what I think would happen if all these teenage boys were thrown into a certain situation. It just developed organically from there, and I had a lot of fun doing it.

You mentioned that you're a big fan of movies and you think visually. When you're writing, do you think about it becoming a film or is that just the nature of the way you create things?

It's definitely intended. Every scene I ever write, I envision it as if it were a movie. It's not that I'm literally writing this because I want it to become a film, it's just how my process works- I see a lot of movies and listen to a lot of movie soundtracks. I see it as cinematically and then I try to get that onto the page. Maybe that's why it's translated so well into a movie? I'm not sure. 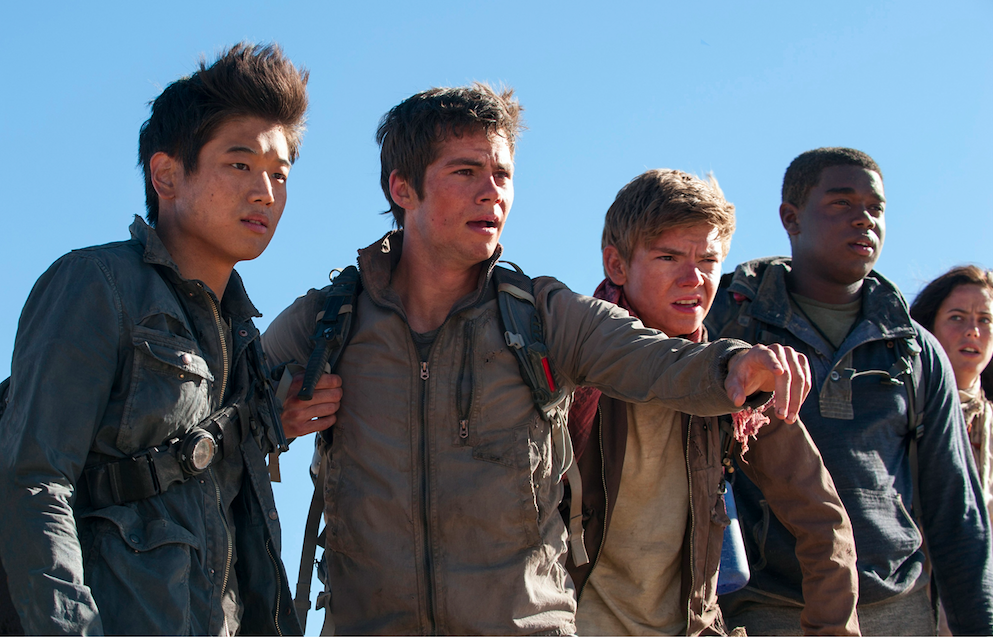 Fans, particularly teenage fans, can be very devoted. Did you feel a responsibility to the fans of your books that the movies hold up to a certain standard?

Yes, I felt an extreme amount of pressure trying to satisfy these people who've been so loyal to me and who've made my career what it is. I'm not an expert at making movies, so even though I consulted on the scripts, and visited the set and all that kind of stuff, I knew I had no choice but to really trust all these filmmakers. I think both myself and my readers would have the same goal, that the most important thing is that a quality film is made. I'd rather have a really, really good movie that strays a bit from the book than a very literal translation that just bores people to tears. I think they found the right balance. All the characters are there. All the major scenes are there. It follows the spirit and tone of the books. I think they did a great job of it.

Is that just about making sure that you have a good feeling about the people involved from the beginning?

Yeah. From the very beginning, I met with the director, the producers, and as they were calling the cast, I got to meet them. I had a good feeling about them from the beginning. Every time, Wes Ball, the director, would show me concept art or explain to me a scene that he's envisioning, I very quickly felt confident in him and I knew that he would do it justice.

Being a writer is a solitary pursuit and filmmaking is much more collaborative. Is it at times difficult to allow characters that you've drawn so carefully into other people's hands?

It can be hard. The second movie has more differences than the first one did. You feel almost like someone has been mean to your child or something, but then you quickly get over it. What's fun for me, and I keep trying to tell my readers, is that the experience I'm having is something that you would think to be impossible. I feel like I'm experiencing my books for the first time through these movies, which is something you would never guess you'd be able to do again. It's been fantastic. I had so much fun watching the second film because I didn't completely know what was going to happen next, which, if it was just a literal translation, I think I would have been bored out of my mind. I'm trying to preach that, that it's your way to live it for the first time again. 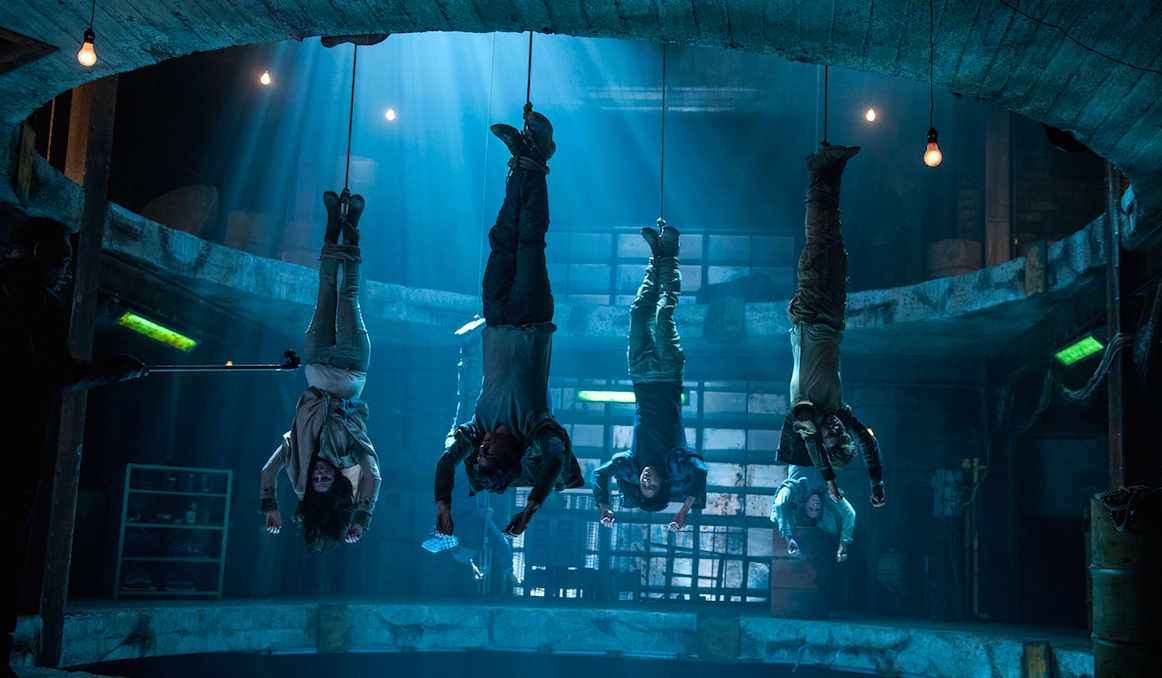 Is there anything that surprised you? Not just plot points and things, but visual aspects that were realized differently to how you'd imagined them?

If there's anything that they've been the most true to my books, it's the visual stuff. The maze was just so spot on to how I envisioned it, and the way they put together the scorch, and then the ruined city inside the scorch, that's been a very pleasant surprise to see how much it matches my vision. I really haven't had any type negative of shock or anything. It's usually a pleasant surprise with things: ‘Oh wow, that was a good change. It brought this more to life visually.’ I've really enjoyed watching the characters, to see these cast members really develop my characters. It's been a lot of fun to watch it.

Does it make you see the world that you created with any greater insights, having someone else's perspective of them?

Oh, absolutely. I think, as crazy as my imagination is, it's still all inside my brain. Seeing what Wes and his crew have done bringing it to life on the big screen has opened up my own world and made me imagine things I'd never even thought about. I'm actually writing another prequel [which will come out in about a year’s time, a few moths before the third installment of the film]. It's very closely associated with the first book of The Maze Runner. It's all those characters leading up to when Thomas first goes into the maze. I've been very careful to stay true to the canon of the books, but the movie does influence me. It leads me to think of things that I hadn't thought about before, so that I can explore them in context with the books I wrote. It's been really valuable.

Was Wes Ball nervous when you saw the film? Was he worried about your feedback?

He's nervous in a sincere, genuine way. He wants me to love it, but he's so cool about it. He's very down to earth. He's just a really good guy. He's very confident in himself without being arrogant or annoying. It just comes across as a genuine thing, that he really hopes I like it. Luckily, I've been able to say back to him, very sincerely, that I do love it.

You mentioned before that your involvement in the filmmaking process as a consultant. T.S. Nowlin is the screenwriter but you consult on the scripts. Can you expand on your role a little bit?

T.S. works very collaboratively with Wes, and then about once a month they will either give me a phone call, or, if I happen to be in L.A. we'll meet in person, and we'll just talk through it. He'll tell me where they are in the script and what they're thinking. It's pretty cool how they sincerely seek my feedback and we'll talk through it, but then it's totally back in their hands. When they have a finished script, they send it to me and I read through it and send them a page or two of comments. All of us are aware that they have the final say on everything, but I definitely feel that they've taken my feedback on certain things. It's been just enough that I feel like I'm an important part of it.

Do you have any desire to have a bigger role? Or are you happy with someone else writing the screenplay?

At this point, I'm really happy with how it works. I really want to focus on writing books. Someday in the future maybe, on a different project, I might be a little more involved, but with The Maze Runner series, I'm extremely happy with how things are.

I guess it's a learning experience for you as well?

Yeah, definitely. The things I've learned from T.S., the writer, on just how to write a script, I'd love to incorporate that someday into writing my own.