With more information trickling onto StarWars.com’s massive, universe-spanning database, we’re starting to get a clearer picture of the pecking order of the First Order, the latest iteration of the Galactic Empire. In The Force Awakens, it's the First Order that will be giving the Jedis and other assorted good guys (we're looking at you, Han, Chewy, R2D2, C3P0 and BB-8) major trouble. Also, those fighting The First Order are no longer the Rebel Alliance, who fought the Empire. They are now the Resistance.

Unless you're a Star Wars junkie, you might be wondering, wait, who are the First Order? Why are the Rebels the Resistance now? Let's take a look at what information StarWars.com has provided us with about what this new Evil Empire is all about.

Okay, who are the First Order?

Here's what we've found out thus far: The First Order is a military and political organization with a fascist design sense and, of course, a desire for control of the entire universe. Using fascist symbols and imagery that harken back to the Galactic Empire, the First Order is proof that the victory the Rebels won at the end of Return of the Jedi was hardly the panacea the galaxy hoped for. Whatever malevolent forces remained after that victory, they've come together to create the First Order. According to the Star Wars wiki, The First Order has been active for "approximately thirty years after the Battle of Endor," which was represented in the climax of Return of the Jedi. The First Order deploys redesigned versions of Stormtroopers, Snowtroopers, TIE Fighters, a new version of the Star Destroyer, and, of course, a whole new set of leaders.

And the Rebels are the Resistance because…?

After defeating the Galactic Empire, the Rebels were no longer rebelling…but when the First Order surfaced, they resisted, hence, The Resistance.

Who's in charge of the First Order and what kind of threat are they?

From what we've gleaned from the StarWars.com databank, here are some of the major players, their minions, their vehicles and their toys.

The Leaders of the First Order 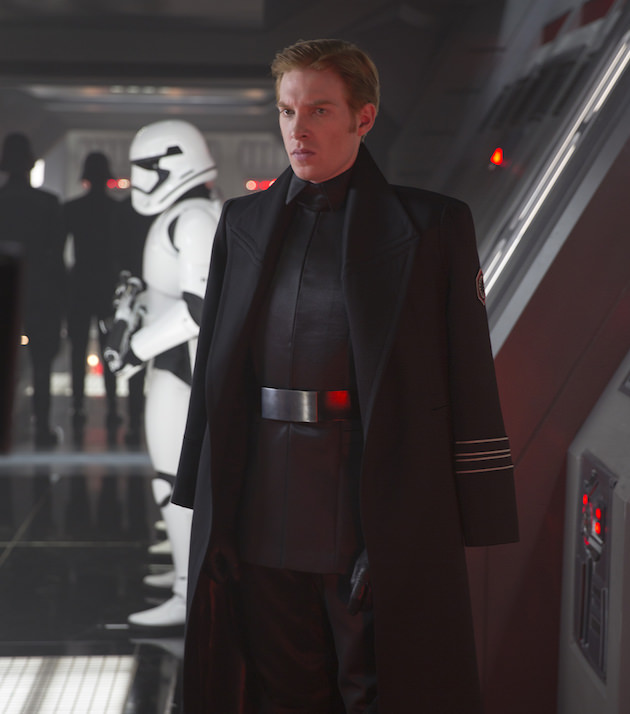 He's described as "young and ruthless" on the databank, and he's doing the bad guy thing of wearing his long, dark trench coat without putting his arms through the sleeves. He's further described as having "complete confidence in his troops, training methods and weapons." About those troops and weapons… 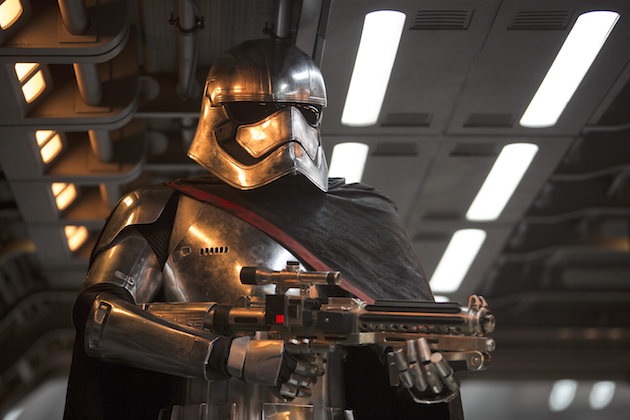 We've seen how wonderfully Gwendoline Christie embodies the noble badass as Brienne of Tarth in Game of Thrones, so it'll be interesting to see her work as the armor-clad Captain Phasma, the commander of the First Order's legion of troopers. 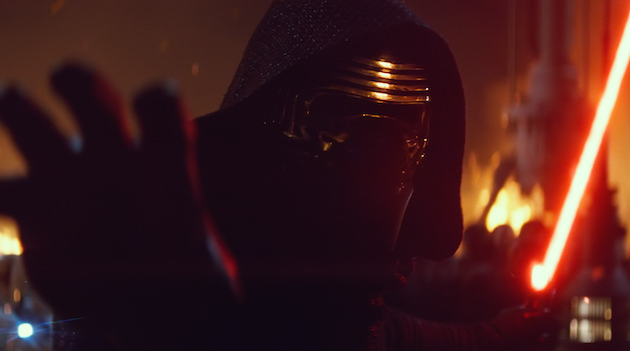 Described as a "dark warrior strong with the Force," a First Order mission commander with a "fiery temper," you can bet Ren will be involved in some serious battles with the Resistance. We've already seen that Ren has a light saber duel with Finn. 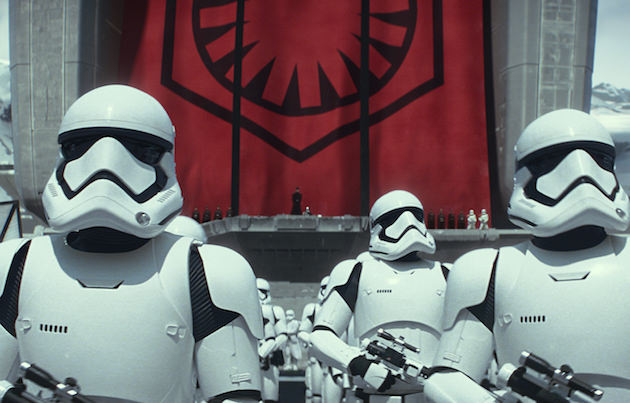 Although similar in design, there are new subtle tweaks to the First Order's Stormtroopers that show the scattered Empire's most loyal soldiers have been upgraded. As Cinemablend noted, the new Stormtrooper helmets are less bulky and the overall design of the Stormtrooper has been streamlined.

Who doesn't love a Snowtrooper? It was the Snowtroopers Blizzard Force, remember, who won a key victory over the Rebel Alliance in the Battle of Hoth. Your new cold weather assault Snowtroopers have more advanced insulated armor and helmets that "reduce the glare of icy terrain." 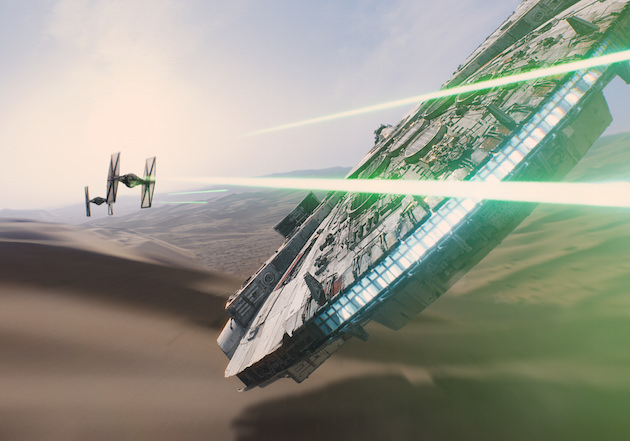 The databank assures that the new and improved Tie Fighters follow much of the design of the old Galactic Empire's, only with some serious modifications and enhancements. Will they be enough to take down the Millennium Falcon? 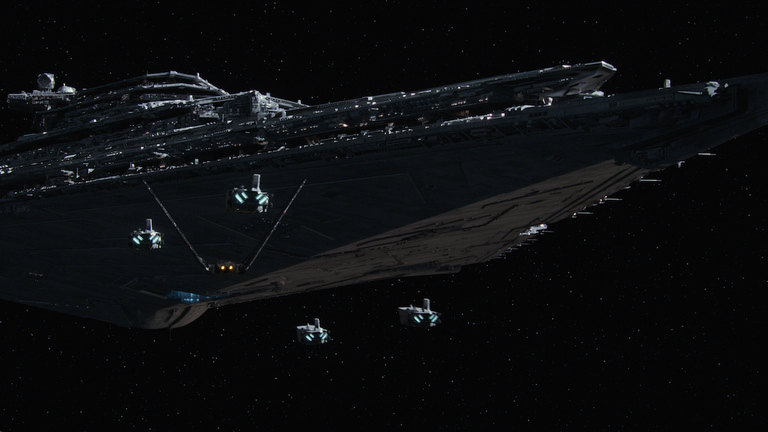 Come on, the Finalizer? That name is either awesome or ridiculous (it's both!) Reminiscent of the Imperial battleships of the Galactic, the dagger-shaped silhouette of the Finalizer tells you all you need to know about the reason this First Order Star Destroyer was created.