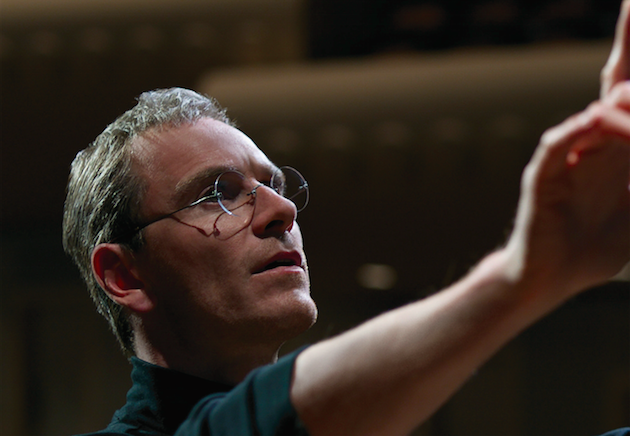 It's Michael Fassbender day in the film world, apparently, as not one but two juicy new trailers came out for projects he's starring in. First, we got a glimpse of Fassbender as General Macbeth, coming upon the three witches in Justin Kurzel’s gritty Macbeth adaptation. And next came this new trailer for his turn as Steve Jobs, which opens with Fassbender's voiceover (a credible approximation of Jobs' higher voice than the actor's own) asking, "What if the computer was a beautiful object, something you wanted to look at and have in your home?"

There have been several very compelling Steve Jobs trailers, but this one really does feel like a major upgrade. From the intriguing shrinking screen to a moment in which Jobs' connects with the daughter he had initially claimed wasn't his, the latest trailer is the best yet. From the first rate editing to the electronic score, Steve Jobs looks like a movie that will once again put director Danny Boyle, screenwriter Aaron Sorkin and star Michael Fassbender right into the thick of the Oscar race. It also marks yet another film where Fassbender has been surrounded by some of the very best—Kate Winslet, Michael Stuhlbarg, Jeff Daniels, Seth Rogen and Katharine Waterson all have major roles.

As the trailer so evocatively puts it at its' close…ladies and gentlemen, Steve Jobs.