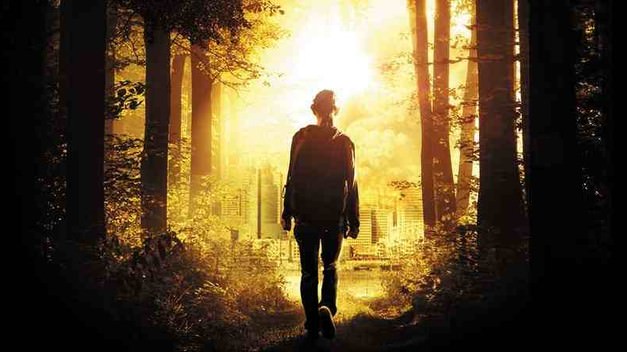 If you were glumly preparing for the end of the dystopian YA novel-turned-film era with the last The Hunger Games: Mockingjay – Part 2 dropping on November 20, fear not, the world we know is being smashed in a few more dystopian YA-novel adaptations. First, this Friday you’ve got the premiere of Maze Runner: Scorch Trials, following up on the first Maze Runner film (which came out just last year) that surprised many by how nimble and exciting it was (it helped that it had those amazing sets). The Maze Runner and the upcoming Scorch Trials concern themselves with a group of teenagers who have to figure out how to navigate a series of deadly obstacles, collaborating and maximizing their individual skills to survive their Evil Tetris existence.

There’s a new YA novel adaptation coming that quintuples down on the dystopian—The 5th Wave. As you’ll see in the new trailer below, this adaptation of Rick Yancey’s sci-fi drama puts Cassie (Chloë Grace Moretz) on the run in a world nearly demolished by the previous four waves of alien attacks. Cassie’s searching for her younger brother, and teams up with a young man she isn’t so sure she can trust.

The 5th Wave is a veritable smorsgasbord of cataclysm. It’s got power outages, earthquakes, tidal waves, disease, and finally, invasion, both terrestrially and internally, by some seriously mean aliens.  It’s like a greatest hits boxset of dystopia, and considering it drops in the usually quiet month of January (on the 15th, to be precise), it could fit your mid-winter mood perfectly.