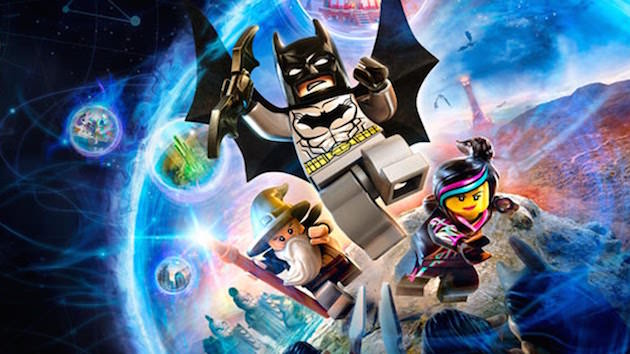 Lego Dimensions is Built with Blocks of Mega Talent

We usually don’t discuss video games, but we are today because this new Lego Dimensions is getting some serious star power, bringing together a plethora of major icons from movies, TV, and gaming – or as the folks from Lego say: “For the first time ever characters from different universes join forces in worlds outside their own. A Dark Knight, a Wizard and a Master Builder traveling down the Yellow Brick Road are just the beginning…”

The Lego Movie stars, Chris Pratt, Elizabeth Banks and Alison Brie, are back to reprise their roles from this growing film franchise as Emmett, Wyldstyle and UniKitty. Pratt is pulling double duty, also voicing Owen Grady from Jurassic World. Warner Bros. Interactive Entertainment announced the voices for the game with one particularly exciting bit of news – both Michael J. Fox and Christopher Lloyd are going Back to the Future to rerecord lines from their classic hit for the game.

Gamers can also look forward to Gary Oldman voicing the main villain, Lord Vortech, and Joel McHale (Community, The Soup) bringing to life X-PO, the game's robot guide; how about Irrfan Khan from Jurassic World, Peter Capaldi as the Doctor Who (plus everyone who ever played the role), and Troy Baker as Batman just to name a few. The list is incredible… and long.

Check out this three-minute promotional conversation with Game Director James McLaughlin, Creative Director Jon Burton and film voice actors discussing the game and its nostalgia elements – we spied the Stay Puft Marshmallow Man from Ghostbusters and Scooby Doo. This one will appeal to parents as well as their kids.