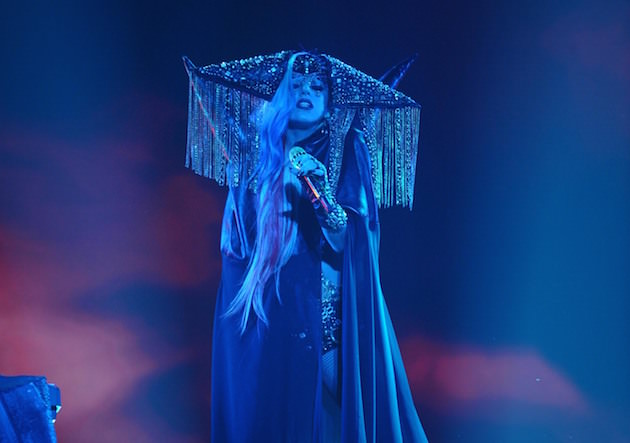 The hallways and rooms of the Hotel Cortez are alive in the new teaser for Ryan Murphy’s American Horror Story: Hotel. The 30-second sneak peak gives us our first look at all the major characters. The teaser is titled ‘Hallways,” and as we take a trip through those creepy corridors we are introduced to the ridiculously talented ensemble cast set to the freaky and repetitive score, “Bury Me” by Brodinski.

Let’s meet a few of the creepy characters: There is the much anticipated two-second flash of Lady Gaga (Elizabeth) at the center of it all as the owner and not so blushing bride with Rapunzel length hair. Angela Basset (Ramona), we can already tell, is going to be a take no s**t dominant character. Ah, and there is smug Matt Bomer (Donavan) with his uber creepy children. Kathy Bates (Iris), who so thoroughly owned the Annie Wilkes role Misery, we are wondering how Laurie Metcalf will play it on Broadway—anyway, Iris runs the hotel, donning her very large ring of keys. Then there's Sarah Paulson (Sally), who definitely seems a little nuts. And finally we've got Wes Bentley and Chloë Sevigny, the detective and his girlfriend, who stay in the hotel with the purpose of investigating a string of murders and will likely come to regret that decision very much.

We cannot wait to find out how this season will tie into past ones. AHS: Hotel marks the fifth installment of the American Horror Story series. It is set to premiere on FX on October 7th.