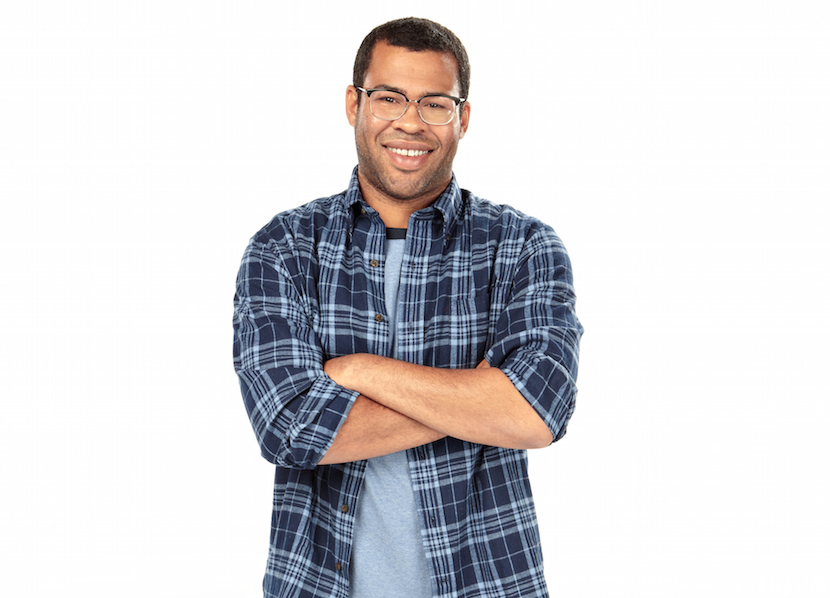 The Hollywood Reporter broke the story and the rest of the Internet (those who have seen Key & Peele, at least) became very excited about the news: Jordan Peele is going to make a horror film called Get Out.

Key & Peele just ended their incredible 5-year run on Comedy Central, and while it's fantastic to see people going out at the very top of their game, it's also left a huge hole for the show's legions of fans. Keegan Michael-Key and Jordan Peele have not only made a legitimate case for having created the greatest sketch comedy show of all time, they were perfectly suited to their time and place in pop culture. In the example most often used, their creation of Luther, President Obama's anger translator, was so perfectly attuned to our time that Luther (Key) was brought on stage during the Correspondent's Dinner to do some anger translation for our actual president. It's worth mentioning that Peele's Obama impersonation is, without a doubt, the best there is. Period.

Now back to the news that Jordan Peele is going to be writing and directing a horror film. In a single word; YES. Nobody on the planet has the chops to create something hilarious and scary and with an actual point or two to make than Peele.  As he told THR, Get Out is going to be a horror in the vein of George Romero's classic Night of the Living Dead, which used zombie's to critique many facets of America at the time, including racism, commercialism, and Cold War era politics.

"'Get Out' takes on the task of exploring race in America, something that hasn't really been done within the genre since 'Night of the Living Dead' 47 years ago," Peele told THR. "Like comedy, horror has an ability to provoke thought and further the conversation on real social issues in a very powerful way."

The film will center around an young African American man who visit's his white girlfriend's family estate. If you've never watched an episode of Key & Peele, and you really, really should, then you're unaware that Key and Peele were not only very good at writing horror sketches (yes, they were spoofs, but they were legitimately freaky), but Peele himself has an uncanny ability to embody psychopaths. It's not for nothing that Peele told Zadie Smith, in a New Yorker profile she wrote of the two stars, that his favorite actor of all time is Peter Sellers, a chameleon much like Peele himself.

Here's a quick look at a few Key & Peele sketches to give you an idea of the level of genius we're dealing with here, and why Get Out will be the must-see horror film of whatever year (let's hope 2016) it's released. Be warned, many of these clips are NSFW.

Peele plays Liam, a dying boy whose reveals his psychopathy via his increasingly terrifying final wishes.

In the same episode as "Make-a-Wish," Key & Peele lampoon the absurdly theatrical psychopath trope in this sketch. You may never think of the end of, say, season one of True Detective, the same way again.

And finally, this one's not a horror-spoof, but it's so insane and funny and silly (despite being about dark subject matter, a feat they pulled off time and time again) that we wanted to include it.