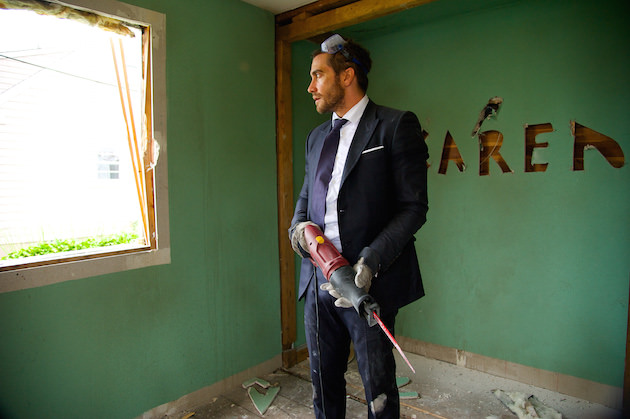 Jake Gyllenhaal Loses it All in Demolition Trailer

Jake Gyllenhaal plays an investment banker on the brink after losing his wife in director Jean-Marc Vallé’s (Wild, Dallas Buyers Club) latest film, Demolition. Only it’s not quite as simple as that sounds. With a script from Bryan Sipe, Demolition looks at a man who finds that he wasn’t paying close enough attention to life, and is trying to mourn someone he didn’t try hard enough to truly know.

Vallé has proven himself a wonderful director of actors (Matthew McConaughey's Oscar for Best Actor is solid enough proof), and with a cast that includes Naomi Watts, Chris Cooper and Heather Lind, Gyllenhall had a lot to work with. Oddly, Demolition mines the tragedy of losing a spouse just as his last film, Southpaw, did, only what his character needs to destroy here isn’t another boxer in the ring, but the way he used to life his life.