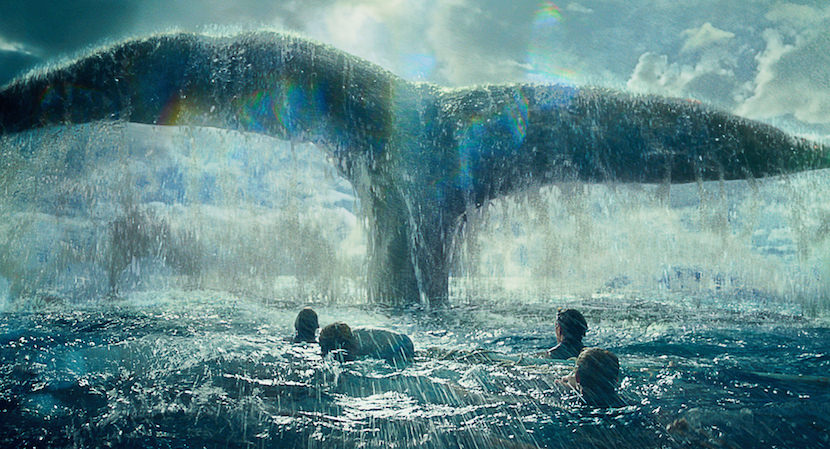 Maybe you haven’t read Herman Melville’s “Moby-Dick,” but you know Moby-Dick. That is, you know at a minimum that Moby Dick’s a killer whale (you might even know he's a sperm whale), and you also probably know that one of the things Melville used his monstrous creation to illustrate was the implacable power of nature, and man’s puniness in the face of it. What you might not know is that Melville’s masterpiece was based on the accounts he'd heard and read of the doomed whaleship Essex in 1920, which is what director Ron Howard's In the Heart of the Sea is about.

The Essex ran into a particularly huge, disturbingly malevolent sperm whale, a "whale of mammoth size and will, and an almost human sense of vengeance," according Nathaniel Philbrick, the author of “In the Heart of the Sea: The Tragedy of the Whaleship Essex," upon which this film is based. While Melville's "Moby-Dick" thrillingly recreates the encounter between the whale and the Pequod (Melville's version of the Essex), what he leaves out is what happened to the Essex after Moby-Dick attacked. That's a big part of Howard's film, and it's just as terrifying.

In the Heart of the Sea premieres December 11, and it looks like a hell of a start to what promises to be one of the biggest months in recent film history. Among the big releases bowing just a week or two later are J.J. Abrams’ Star Wars: The Force Awakens, Quentin Tarantino’s The Hateful Eight, David O. Russell’s Joy and Alejandro G. Inarittu’s The Revenant.

Your top-billed stars here are Chris Hemsworth, Cillian Murphy and Tom Holland—but your real leading man is the whale that inspired the one of the greatest literary creations of all time.

TAGSFront of Book In the Heart of the Sea Trailer Warner Bros. Pictures