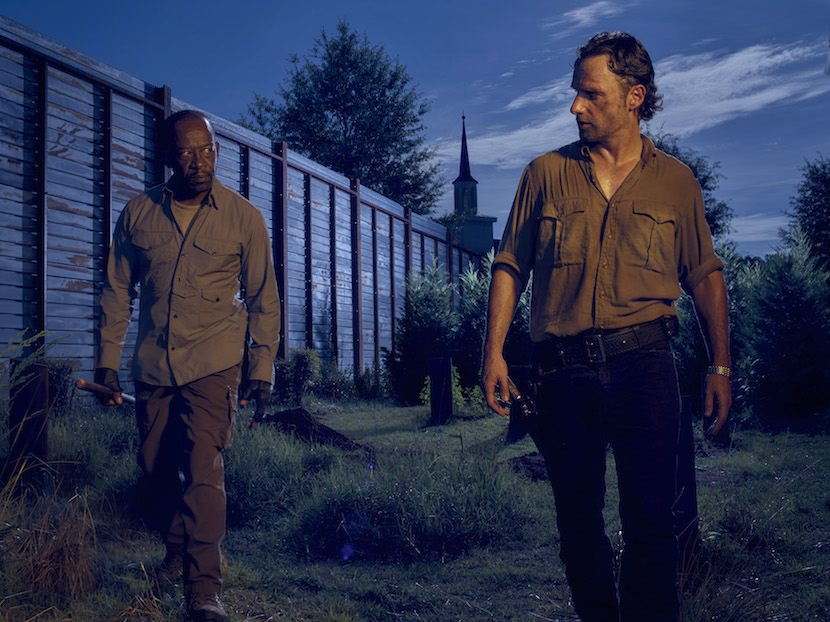 Has Rick Met his Match? Watch Epic Season 6 Teaser for The Walking Dead

We're inching closer to the first episode of The Walking Dead's sixth season, after one hell of a ride in season 5.

Let's take a quick look back on last season to get us up to speed on what's coming. Season 5 showed our main group, still led by Rich Grimes (Andrew Lincoln), begin to fray in Alexandria. Compared to the Alexandrians, who have lived relatively safely behind the walls of their city, Rick's group have evolved (or devolved, if you think Rick's become a bit of a monster) into an incredibly powerful team of survivors. They look at their new neighbors and see only weakness and future tragedy.

The last five episodes of season 5 showed how Rick has become an increasingly brutal individual. He's not interested in the Alexandrian's peaceable ways or their methods for maintaining order.  In one instance, Rick murders Pete (he was beating his wife), in an especially epic, bloody fight. The season ended with the return of Rick's very first comrade once everything had gone to hell—Morgan (Lennie James). Morgan arrives just in time to see Rick dispatch Pete in front of the rest of the town.

According to AMC's press notes, Season 6 starts with "Alexandria's safety shattered by multiple threats. To make it, the people of Alexandria will need to catch up with our survivors’ hardness while many of Rick’s people will need to take a step back from the violence and pragmatism they've needed to embrace. These reversals won't happen easily, or without conflict."

Take a look at the teaser and prepare yourself for what will likely be a very rough ride for our group. Might this be the season that Rick Grimes finally meets his match?