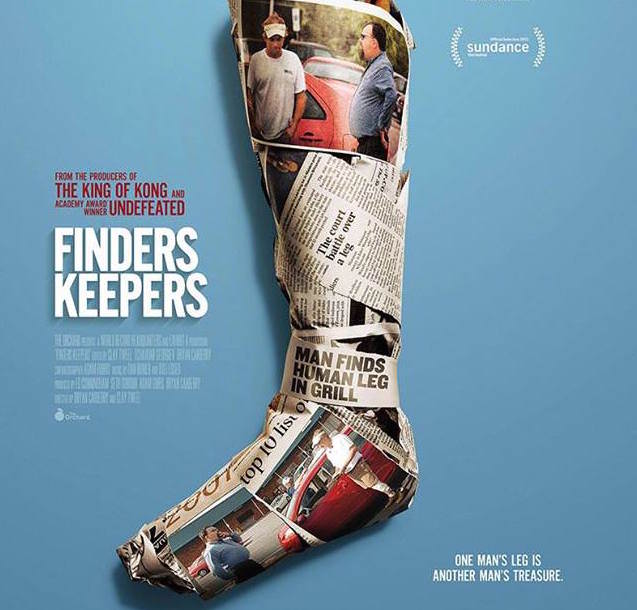 In Finder Keepers, filmmakers Bryan Carberry and Clay Tweel chronicle one of the strangest feuds in the history of small-town America. John Wood, who lost his foot in a small-plane crash, lost it again when he couldn't pay the rent on the Maiden, N.C. storage unit where he'd stored the amputated, embalmed limb in a BBQ smoker. The contents were sold at auction to Shannon Whishnant, a local entrepreneur with more ambition than shame.

The two men disputed custody of the leg for years, a contest that propelled them from the local TV news to such reality-TV shows as Judge Mathis and World's Dumbest Hillbillies. Carberry and Tweel followed the events, and ultimately made a film that conveys the tale's poignance as well as its absurdity. One unexpected result, Carberry recently told The Credits during a joint interview with
Tweel, was a lot of conversations about severed body parts.

"It's weird, the people who have come forward, and the stories we've heard about," he said. "Everybody knows somebody who has this story about this body part they lost, or a toe they wanted to keep, but they lost. It's like a weird subculture that nobody talks about."

"One of the guys, basically after we were done interviewing him, told us that he lost his toe in a mowing
accident. He went into the doctor with it, and told the doctor he wanted to keep it as a necklace. But the doctor sewed the toe back onto his foot, but it got black within a couple of days. So it had to come off. And then the guy kept it as a necklace."

What follows is an edited (amputated?) version of our conversation.

I understand that Ed Cunningham, one of the producers, actually initiated the project, and began filming himself.

Clay Tweel: Ed shot a little footage in 2008, on a little handicam. He brought it back and he showed [co-producer] Seth Gordon and myself. Ed and I worked in my apartment, sifting though all this footage, trying to organize it. That's right when I got involved, and we really started to see how interesting and complex these characters were.

Did you use any of the footage that Cunningham shot?

Tweel: Yeah, we probably used, like, five shots from that very first trip. He shot it on this little JVC handicam that was pretty [laughs]… pretty different in the way it looked compared with what the rest
of the film was shot off of. The stuff he got was so raw, and so open and honest, because it had just happened, that we had to use to it.

That's one thing that's interesting about digital video. You can use your initial sketches, in a sense, in the final product. You don't have to wait for a crew to come in with the big cameras.

Carberry: Yeah. It was Ed out there by himself. It's basically as if he had taken out his iPhone and started filming. An iPhone probably would have been better footage. So it was really just him and them.

We shot the bulk of it. We had some lights for some of it. We had a sound guy, and a producer around. So it was much different experience. But it was nice that we got that early stuff, to know what their true
thoughts were, what the emotions were. To see just how much changed in six years.

Once you became a team, did you always work together, or did you divide tasks?

Tweel: Bryan did a lot of the shooting, and I did some initial editing. But we kind of had this approach of "do whatever it takes to get this done." So we're handing off project files back and forth in the edit room, and making graphics. Bryan's doing Photoshop work, doing animation and [Adobe] After Effects. It's a whatever-it-takes mentality. We're interchangeable that way.

So Bryan did the videogame-like graphics animations in which the leg moves from place to place?

Carberry: This is how I met Clay. I did some graphics work on his Make Believe [a documentary about teenage magic enthusiasts]. So I would come up with the graphics files in Photoshop and I would send
them to Clay, and he would illustrate them. Both wearing many hats. 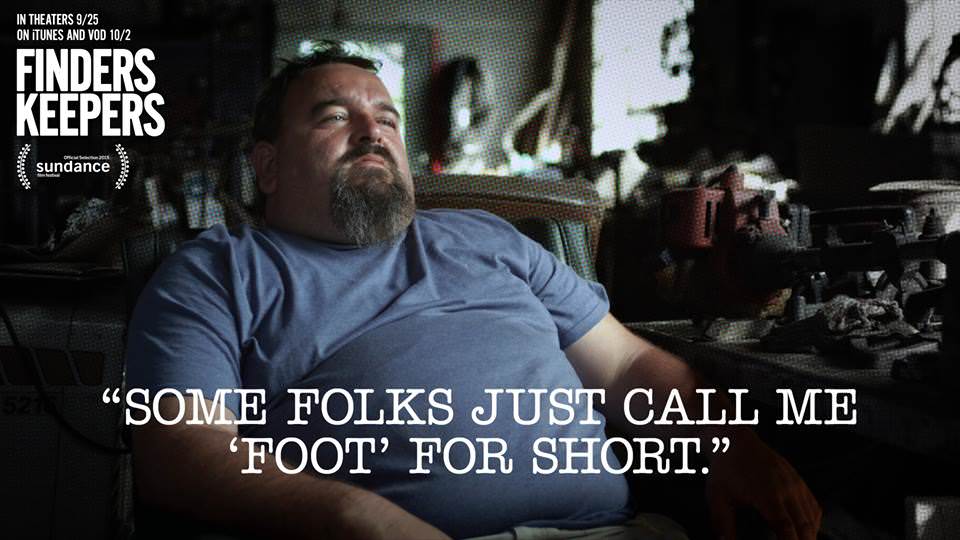 Is it easier or harder to work with a character like Shannon Whisnant, a guy who wants so desperately to be famous?

Carberry: I think it was a mixed bag. There are a ton of advantages upfront. You're not pulling words out of somebody. You're not trying to get somebody to open up, to say more, to be alive on camera.
However, he refined this persona of a P.T. Barnum character over the years. The clown, the jokester, always needing to get a laugh. Midway through our time with him, it was apparent that he was just not
comfortable showing the darker side. The human side, the damaged kid who was abused. That was an interesting challenge.

Did you use any particular techniques to bring that out?

Carberry: I think he just got used to us. He got used to having the camera around so long. I think he could tell after a couple of days that we weren't interested in just making a wacky comedy. We were here to do something a little different than World's Dumbest Hillbillies.

You must have ended up with a lot of footage.

Tweel: Yeah, I think we ended up with somewhere around a couple hundred hours. Which isn't actually too bad for a documentary that's seven years in the making. But there are tons of amazing things that
both John and Shannon said that hit the cutting-room floor. Because they're both so articulate and hilarious, all in the same breath.

Carberry: There definitely was a time when we had to say, "That's enough. We've got to stop filming. It's been seven years." There's always going to be more that could be added to the movie, like with
any good documentary. Or like a lot of good documentaries.

For instance, Shannon's recently had trouble with his left leg. He broke it in several places, and tried to walk on it too soon, and now it might have to be amputated. There's always stuff like popping up. But you've just got to move on at some point.

Reality TV and TV news plays a big role in how this story develops. Did you worry that the story was going to get away from you, and that everyone would already have seen John and Shannon on some show?

Carberry: Tabloid headlines like this never really seem to last that long. I have actually run into some people that are from the Charlotte area that do remember this story. But in terms of long-term
consciousness, part of the pop-culture narrative, it really didn't make that big a wave. It was really an intense 15 minutes of fame for these guys. And we wanted to be able to see what happens afterwards,
what was the aftermath of that. 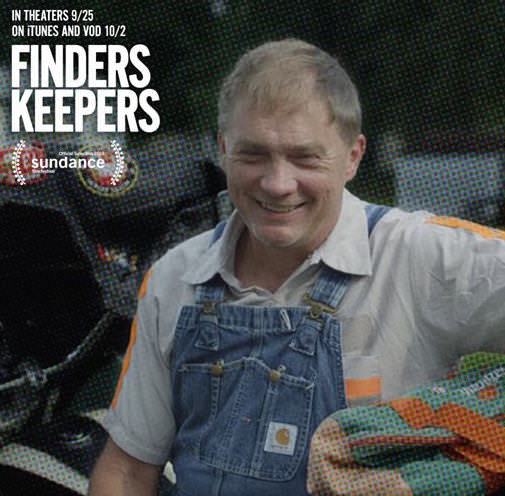 How close did you get to John and Shannon? Did a bond develop?

Carberry: Yeah. Anytime you're on a film, you're spending a lot of time with the same people. But I think there's something different here. Spending so much time with these people, but also asking them to
go into detail about the painful emotional parts, and sharing some of your own life with them. The camera's rolling, but you can't help but get emotionally involved in their struggle and their backstory.

In terms of proximity, the first night I met John I was sleeping on the floor of his cabin, because we didn't have that much money in the budget. So it was a pressure-cooker situation, and everybody was
satisfied with the film, and we've kept in touch after, so it's kind of nice.

Tweel: They both like the film. Shannon has a few quibbles with it. He thinks we didn't have enough of him it.

I didn't notice that problem.

Tweel: [laughs] It's hard to get that much of his personality in there. He does like it, though, and it's a big compliment for us that they're both watched it and enjoyed it. And have been around to be part of rolling the movie out.

You show T-shirts and license plates, particularly with Shannon, who has the "FTSMOKER" license plate. But you also show the license plate of John's sister, Marian: "SAMHAIN," the Celtic holiday that's the basis for Halloween. Is there a story there?

Tweel: Marian loves Halloween. They have some kind of parade for Halloween that goes through Marian's house, or something like that.

Carberry: That family in general, especially Marian…. She's not like a witch or anything, but she's always had this penchant for the darker, pagan type stuff. and then they just go nuts on Halloween.
They close off the streets, and they have a theme every year. People drive in from other counties. It's really interesting, in the middle of the Bible Belt. They live next door to the preacher, across the
street from the church. They were already known as the off-kilter family in Maiden. So none of this really helped.

Is there another movie in this, The Witches of Maiden?

Tweel: There's like 10 movies in here. We tried to find the best one. I think this story, the cosmic relationship between these two guys, seems to be the best story that we could mine out of our footage.