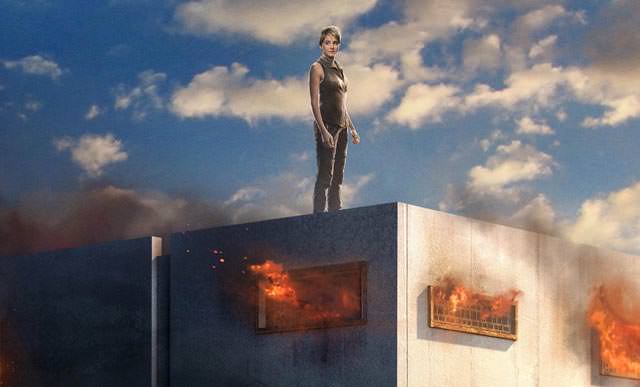 Find Out What’s Beyond the Wall in The Divergent Series: Allegiant Trailer

In the new The Divergent Series: Allegiant trailer, we finally get to see what is beyond the wall. The trailer for the film, based on the first part of Veronica Roth’s final book, begins by reviewing the first two films, showing the evolution of Tris (Shailene Woodley) from a selfless young girl to a kick a$$ Divergent. In Allegiant, Tris is no longer timid about her powers, and the few glimpses of the action set pieces reveal a film that's gonna explore what she's capable of by putting her, naturally, in impossibly dangerous situations. It has promised to pack more of a punch than both of the last two films, and that's saying something.

The glimpse of the world beyond the wall is not terribly pretty, but it's over the wall where Tris & Four (Theo James) discover that their world (Chicago) is just a small city in the much much bigger, much bleaker world. We are introduced to Jeff Daniels character David, who may or not be any kinder than Kate Winslet's Jeanine. Hopefully the next trailer will tell us a bit more about him.

Robert Schwentke, who directed The Divergent Series: Insurgent's, is back in the saddle again. Allegiant also stars Ansel Elgort as Caleb, Zoë Kravitz as Christina, Miles Teller as Peter and Maggie Q as Tori. Allegiant will hit theaters on March 18.

TAGSFront of the Book The Divergent Series: Allegiant Trailer