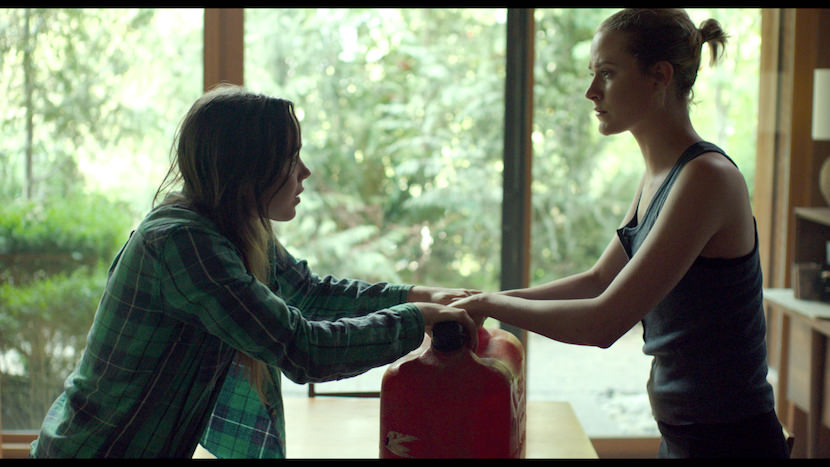 One of the surprises and highlights of this year’s Toronto International Film Festival (TIFF) was the number of films about women and the number directed by women. Sure, most were small indies. But in an industry where only 1.9  percent of the 100 top-grossing fictional films distributed in the United States from 2007 to 2014 were directed by women, according to a report released in August by the University of Southern California, the news at TIFF was encouraging.

It just might signal a trend of female writers, directors and producers not waiting for deals but simply going out and making their movies.

“Trying to get money for a movie that stars two women — and it’s about a lesbian couple— it took a long time to get it made,” says Freeheld actress Ellen Page who also co-produced the film. Summit Entertainment’s Freeheld, in which Page stars opposite Oscar winner Julianne Moore, played TIFF before its opening in early October. Page also co-produced and stars in Into the Forest opposite Evan Rachel Wood as sisters living through a mysterious power outage in the Pacific Northeast who are forced to survive on their own. Into the Forest which had its world premiere at TIFF. After getting rave reviews, the film was picked up for distribution by A24.

It was Page who brought the novel to Patricia Rozema, who adapted it for the screen and directed the film. Rozema says it’s often tricky to pinpoint why it’s so difficult to get female-centered films made. “You never know if it’s just plain old getting a film together or the difficulty is because you’re girls…I make the choice not to think about that,” she says. “I live in Canada and there’s a little more respect for women as artists; maybe because we have Margaret Atwood and Alice Munro, major artists worldwide so we know ‘women can tell a story.’ Also there’s more state funding so we think of film more as an art than a business. So I never felt my gender was a problem; I can’t focus on barriers.”

Other female-helmed featured at this year’s TIFF included Maggie’s Plan, the latest from Rebecca Miller (Personal Velocity) starring Greta Gerwig (Frances Ha) as a young woman whose determination to have a child involves her in a love triangle with an older, unhappy academic (Ethan Hawke) and his eccentric critical-theorist wife (a side-splitting Julianne Moore).

Catherine Hardwicke has the groundbreaking indie youth drama Thirteen and the global blockbuster Twilight to her credit. Her latest, Miss You Already, is an entertaining comedy-drama about contemporary women’s lives. Working from a screenplay by Morwenna Banks, it’s about the longtime friendship between two young women, played by Toni Collette and Drew Barrymore.Their relationship is put to the test when one becomes pregnant while the other receives some tragic news. The film will be released by Roadside Attractions in early November.

Lorene Scafaria  wrote the screenplay for Nick and Norah's Infinite Playlist and wrote and directed Seeking a Friend for the End of the World. Her new film, the comedy-drama The Meddler from Sony Pictures Classics stars Susan Sarandon as incessantly doting mother who, after her husband passes away, follows her daughter (Rose Byrne) to Los Angeles and makes an unexpected connection with a local cop (J.K. Simmons).

After a long absence from the big screen, Australian writer director Jocelyn Moorhouse returned to TIFF with the revenge comedy The Dressmaker (Universal) which earned very positive reviews. Starring Kate Winslet in the title role as dressmaker named Myrtle "Tilly" Dunnage, who returns to a small Australian town to take care of her ailing, mentally unstable mother (Judy Davis, making the most of the small but juicy role).

Moorhouse’s fellow Aussies Gillian Armstrong and Sue Brooks were also on hand, Armstrong with her documentary Women He’s Undressed about Hollywood costume designer Orry-Kelly and Brooks with Looking for Grace, about a married couple (Richard Roxburgh and Radha Mitchell) on a road trip across Western Australia in pursuit of their runaway teenage daughter Grace (Odessa Young).

Also on the International front, French director Catherine Corsini brought her ninth feature, the luminous Summertime, to TIFF. Set in 1970s Paris at the height of the feminist movement, it’s about the romantic relationship that develops between Delphine (Izïa Higelin) who has moved to Paris from her family’s farm in the countryside and free-spirited Carole (Cécile de France) who is part of a group of women active in the burgeoning women’s movement in Paris. The film was released in France on in August under its original title "La Belle Saison.” It did well enough at the box office to attract distributor Strand Releasing which picked up U.S. rights and has planned a Spring 2016 release.