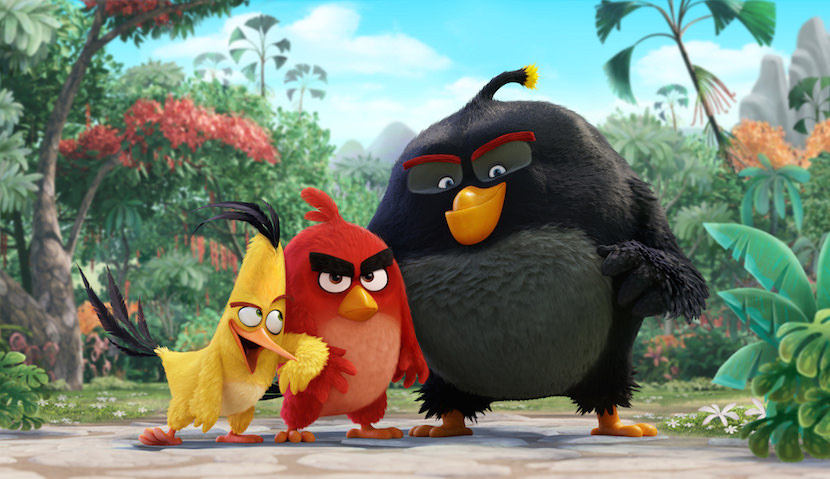 It started it’s life as an app for the iPhone, developed by Finnish computer game developer Rovio Entertainment. It was the game that every other person was playing on the subway, bus, in line at the grocery store, waiting for the movie to start and in just about every other possible situation in which their attention wasn’t necessary. It was an app so wildly popular that it was featured in an 100-page report on innovation and jobs written by two Oxford University economists. That’s right. The report mentioned that while it took 75 years for telephones to reach 50 million users, it took Angry Birds 35 days. And what was the objective of the very first iteration of Angry Birds, which came out in 2009? To shoot birds into pig’s fortresses. By the sixth game, released in 2012, Angry Birds was being tied into the original Star Wars trilogy.

The tone is set in the very first seconds of the trailer—could they have chosen any other song but this one? It’s not until 1:22 in do we meet the pigs. Overall, the animation looks great, the birds look very much like they do in the game, only, of course, much more detailed (yet, at least in this trailer, not nearly as angry), and the voice work is top notch. They'll be coming home to roost, and ostensibly destroy the pig's homes, on May 20, 2016.