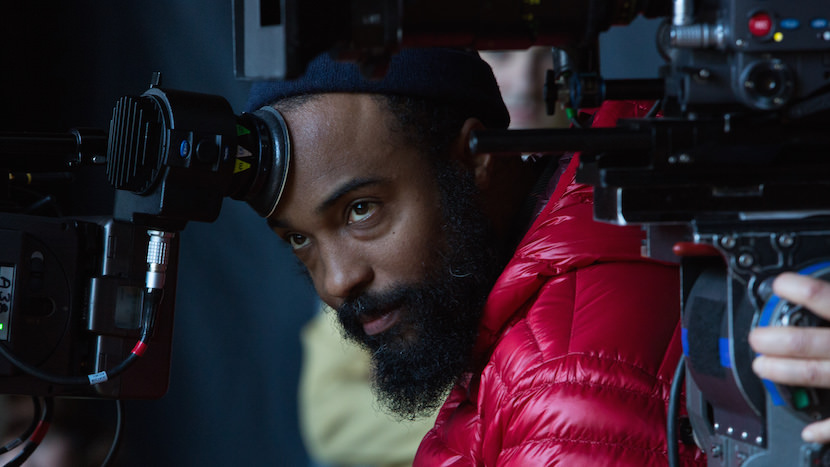 Bradford Young is one of the brightest young cinematographers working today. He’s won the Sundance Film Festival’s Best Cinematography award three times (for Pariah, Ain’t Them Bodies Saints and Mother of George). He helped turn director Ava DuVernay’s Selma (2014) into the powerful, heartbreaking work it was. Two sequences come to mind when considering what Young pulled off in Selma: The hideous murder of Jimmie Lee Jackson, and the police in riot gear advancing on unarmed, peaceful marchers on the Edmund Pettus Bridge. Shot quickly and for a relatively small budget, Young helped make these two crucial sequences as impactful, and terrifying, as they had to be. Last year, Young also lensed J.C. Chandor’s excellent A Most Violent Year, giving viewers a look at very different New York City, which, in 1981, was a gritty, dangerous place.

His next work will be seen in Pawn Sacrifice, directed by Ed Zwick, where he brought his skills to the story of the youngest Grand Master in chess history Bobby Fischer (Tobey Maquire), and the volatile genius’s tumultuous inner state in a film that captures 50 years of his life. The climatic battle at the film's center is Fischer's match against Russian chess master Boris Spassky (Liev Schrieber), a showdown that both countries turned into another front of the Cold War. Young talked to Bleecker Street, the distributors of the film, about his strategy for making this film pop, which has been shared exclusively with The Credits.

“I hadn’t photographed a film like Pawn Sacrifice before, a film in which there was a fine line between drama and adventure. I was thinking of the life of Bobby Fischer as an adventure, one in which the guy was trying to be great at the sport he played. So visually it involved both trying to make something light and something moody. And since the story was spanning 50 years of a person’s life, I had to be so much more conscious of time. I was really inspired by mid-century modern design and architecture. The color, space, line. The simplicity of the design of that time. So minimal and specific––so much more so than the eras that came before and after it. I wanted to find a way to bring that sensibility to the film visually. Every light you see in the film lit the film, whether it is a lamp on a table or the lights above the chess matches. There were very few scenes in which we actually brought lights.” 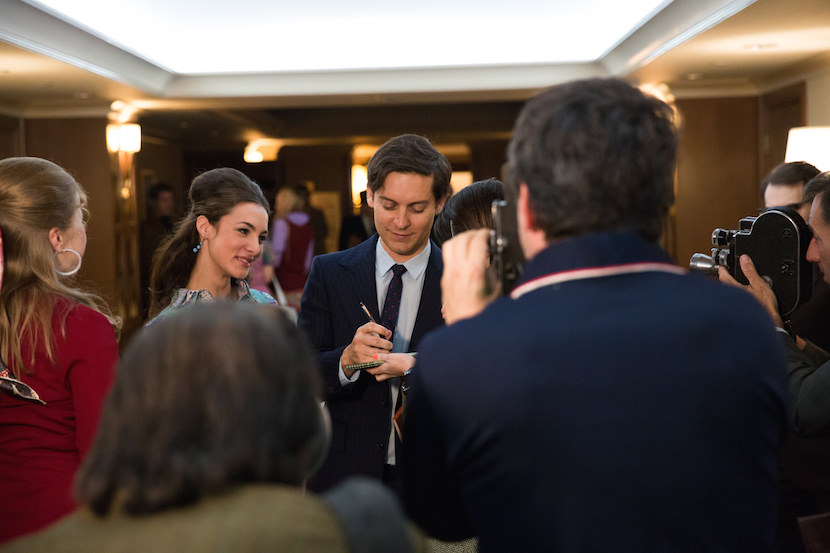 Finding the Right Format for the Scene 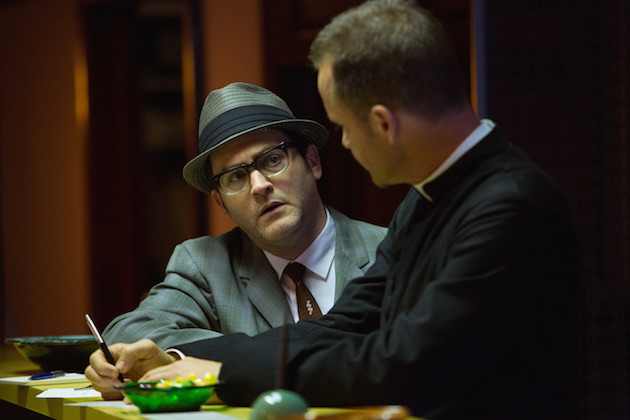 Many Cameras, Many Perspectives

“Depending on what the era was, we would determine what cameras to use. In the 1940s and 1950s, we were using Bolexes and 16mm film cameras. The further we got in time, we’d transitioned to 35mm. Our choice as to what format with what time period was pretty free style, very jazz-like in a sense. We had a slew of cameras on the truck. I would have my camera assistant grab one and then I’d give one to another person, so we would get all these different perspectives on the moment.” 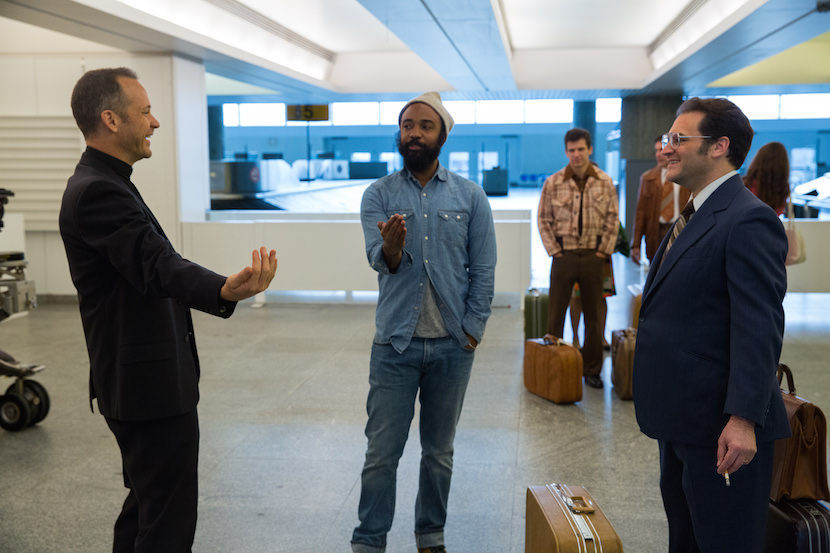 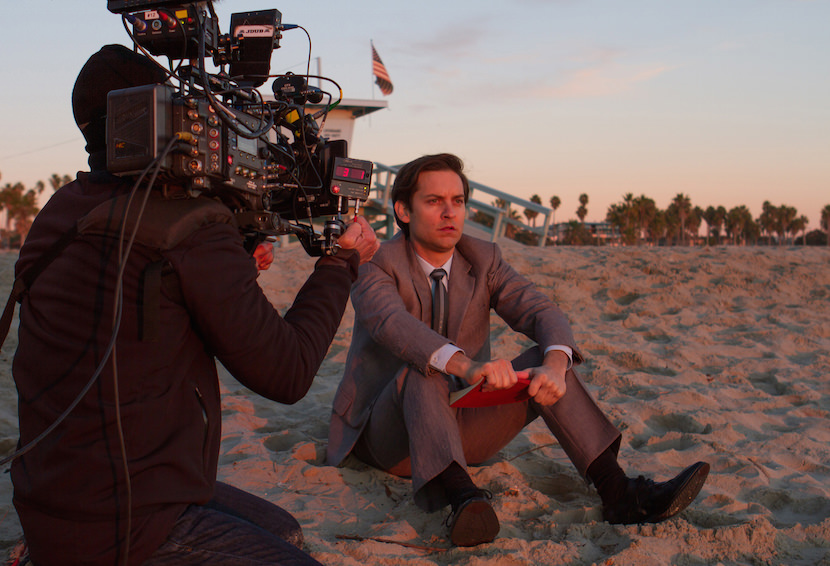 Putting Tobey in the Picture

[To use the footage of Bobby Fischer’s 1971 interview on the Dick Cavett Show, Young had to shoot Tobey Maguire exactly as Bobby Fischer was shot on the original show. That footage was later merged digitally with original footage in post-production. A moment from this scene appears at the 38 second mark below.]

“We shot Tobey against green screen. We had the original video, so we could match Tobey’s eye line with the original clip. Then I sat down with my gaffer to figure out lighting. I’d say, ‘During this time, they didn’t have these lights, so were not going to use those. We’re going to use fluorescents; we’re going to use tungsten and super soft lights to match the tenor of the lighting of that time.’ Having the clips on set allowed us to match the lighting as best as possible. It was actually quite difficult because in the original clip Bobby Fischer’s eye line to Dick Cavett was a little askew. We had to find a way to make that work without having his shoulder or physical body there.”

Getting Inside Bobby’s Head

“We tried to make a film that was deeply psychological. Such an important part of Bobby Fischer’s life was his pathology about the world around him. He was growing up in a time that was very much about psychological warfare. I was proud that Ed [Zwick] and I were able to bring so many visual mantras to the film. The fact that we shot on so many formats is sort of telling about how schizophrenic the time period was and how schizophrenic Bobby Fischer’s life was. When you are doing it, you don’t know if it is all going to work out, but I’m really happy that it did. Just being able to come in and out all of those formats really gives the film a deeply psychological feel. Sometimes a film can be psychologically subtle. That was not the case here. We really wanted to give the audience a chance to get inside Bobby’s head. The fact this is a guy playing chess during the Cold War has lots of implications, and we wanted to weave that all into the visual fabric of the film. And I think we did it.” 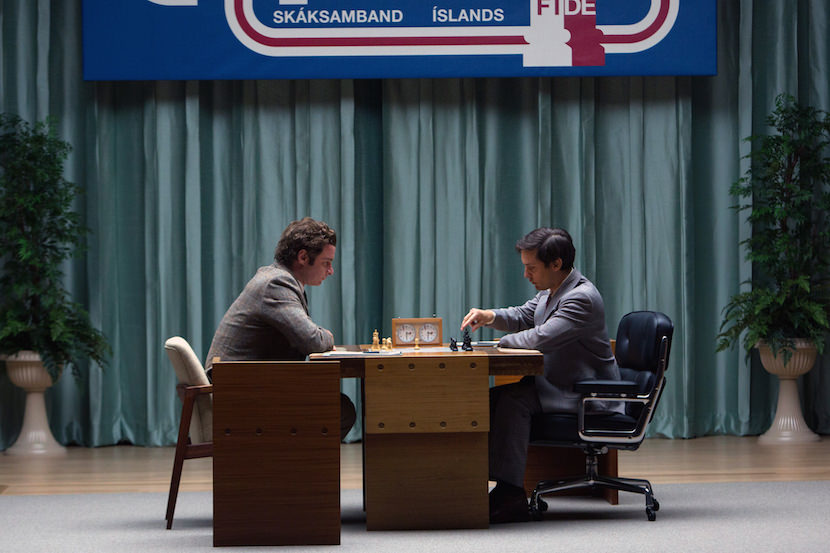 Pawn Sacrifice opens in select cities today, and will be released wide on September 25.