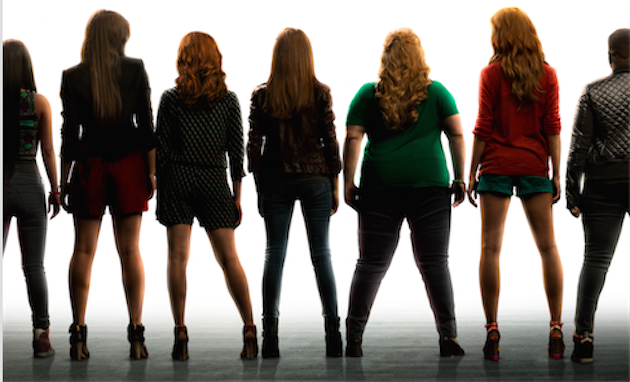 Whether you are filling out your 25th undergrad application, heading to monster ragers as your parents drive away with tears in their eyes, or quietly preparing yourself for a whole new phase of your life – we've got a college movie for you. We can all relate to these famous flicks with a wince or a smile…. Everyone is or was one of these famous film foils.

Okay, so maybe you didn’t invent Facebook or get accepted to Harvard (undergrad or law); so what if you weren’t rushed by the best frat house on campus. If nothing else, this genre serves as proof that nerds rule and even someone with a zero-point-zero average can become a U.S. Senator (we're looking at you, Bluto). From frat parties to a cappella competitions, college and college-themed films have something for everyone.

As you transition from tanning and tank tops to books and backpacks, remember that college is the best four (or eight) years of your life!

Yeah, we know you have a college education, so remember you can always find your favorite films on WhereToWatch.com.

Director John Landis put himself on the map with this low-budget, fabulously successful comedy, which made a then-astounding $62 million and started a slew of careers for its cast in the process. National Lampoon's Animal House is set in 1962 on the campus of Faber College in Faber, PA. The first glimpse we get of the campus is the statue of its founder Emil Faber, on the base of which is inscribed the motto, "Knowledge Is Good." Incoming freshmen Larry "Pinto" Kroger (Tom Hulce) and Kent "Flounder" Dorfman (Stephen Furst) find themselves rejected by the pretentious Omega fraternity, and instead pledge to Delta House. The Deltas are a motley fraternity of rejects and maladjusted undergraduates (some approaching their late twenties) whose main goal — seemingly accomplished in part by their mere presence on campus — is disrupting the staid, peaceful, rigidly orthodox, and totally hypocritical social order of the school, as represented by the Omegas and the college's dean, Vernon Wormer (John Vernon). There's a million reasons to love this film—about a dozen of them reside in the gelatinous body of pledge master John "Bluto" Blutarsky (John Belushi).

A feisty coed joins a collegiate a cappella group and upgrades their song selection for the 21st century during the run-up to a major competition in this melodic comedy from Tony-nominated Avenue Q director Jason Moore. Drifting past the various cliques after arriving at college, Beca (Anna Kendrick) pays more attention to the jams pumping in her headphones than the people she passes on her way to class. But all that changes the moment she stumbles into the one place where every misfit has a voice — the campus a cappella group. Brittany Snow, Anna Camp, and Rebel Wilson co-star in a film that lived up to its' title.

When the weight of rejection begins to set in after being denied entry to every college he has applied to, a high school burnout attempts to placate his mom and dad and win the heart of his dream girl by scheming with his friends to create a fake university in a hilarious comedy of artificial education. Directed by Steve Pink and starring Justin Long as Bartleby "B" Gaines, a high school senior whose street smarts just never seemed to translate into the classroom, and whose bad luck in love has left him pining for the unattainable Monica (Blake Lively). With a variety of college rejects attempting to enroll in classes at the ersatz university and the skepticism of some privileged students from a nearby college drawing unwanted attention to the South Harmon Institute of Technology, Bartleby and friends find their ruse becoming ever more difficult to maintain.

This adaptation of John Jay Osborn Jr.'s novel "Paper Chase" ended up one of the surprise hits of the 1973-74 movie season. Timothy Bottoms stars as the Minnesotan Hart, a brilliant but naive first-year student at the Harvard Law School. Like most of his fellow aspiring attorneys, Hart is in fearful awe of his demanding, ego-deflating instructor, Professor Kingsfield (John Houseman), and he's also falling in love with the professor's pretty daughter (Lindsay Wagner). Houseman also recreated the role for a Paper Chase TV series, which first ran on CBS, then on public television, then on the Showtime pay cable service.

Director David Fincher (Fight Club, Seven) teamed with screenwriter Aaron Sorkin (The West Wing) to explore the meaning of success in the early 21st century from the perspectives of the technological innovators who revolutionized the way we all communicate (consider that last Monday, August 27, Mark Zuckerberg announced on his Facebook page that one billion people visited Facebook that day—that's one in seven people on Earth.) The year The Social Network was set, however, was 2003, when Zuckerberg (Jesse Eisenberg), a Harvard undergrad and computer programming wizard, launched a website with the potential to alter the very fabric of our society. Facebook hardly sprung solely from Zuckerberg's brain, as the film concentrates on the growing list of detractors that claim (with varying degrees of credibility) that Facebook belonged to them as well. They include college friend Eduardo Saverin (Andrew Garfield), whose generous financial contributions to Facebook served as the seed that helped the company to sprout, and the Winklevoss twins (Armie Hammer and Josh Pence), who engage Zuckerberg in a fierce courtroom battle for ownership of Facebook that left many suspecting the young entrepreneur might have let his greed eclipse his better judgment.

Speaking of Harvard…Elle Woods (Reese Witherspoon) stars in this romantic comedy in which her perfect boyfriend, Warner Huntington III (Matthew Davis), a wealthy East Coast blue blood, dumps her before heading off to graduate law school at Harvard University. Determined to win back her man, Elle enrolls in the same imposing institution, quickly becoming an object of scorn and ridicule, especially to Warner's old prep school flame (Selma Blair). Despite her penchant for malls, makeup, and tanning, Elle is no dummy and is soon showing elite Ivy League snobs a thing or two about class, self-confidence, and courtroom victory.