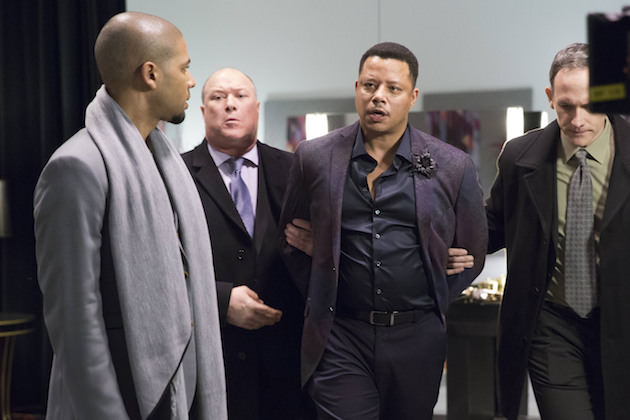 A few new tasty trailers have been released, and they really couldn't be more different. Let's take a quick peek:

At six seconds into The Last Witch Hunter trailer, we finally find out what Vin Diesel might look like if he played a young Saint Nicholas. That beard! Only this is no Christmas movie. The Last Witch Hunter is Diesel’s return to playing a kind of super soldier (think Riddick) in a world gone witchy. Diesel is Kaulder, an immortal who, along with his priestly sidekick (Elijah Wood) fights off witches and all sorts of creepy creatures (you’ll see what we mean at 1:30 in). Our beloved Game of Thrones wilding Ygritte is here! (Rose Leslie), as is Michael Caine, doing his “I’m old and wise and telling you about the grave responsibility of your power.” All in all, it looks like a fun action-er, and a chance to see Diesel kick a little butt. You know what Diesel’s Kaulder is afraid of? Nothing.

Without doing any internet research, watch this trailer and tell us what you think it’s about. Here’s our guess—Brad Pitt plays a blocked writer, Angelina Jolie his long suffering wife, and the two have some hideous thing in their past they’re unsuccessfully running from. The setting is, well, by the sea, and as Harry Nilsson’s mid-70s “Perfect Day” plays over the increasingly tense trailer, one gets the hint that By The Sea is going to be more Who’s Afraid of Virginia Woolf than A Good Year.

Few TV shows give as good trailer as Empire does, but that’s simply because the story of the Lyon family is just so damn satisfyingly juicy. With Lucious behind bars and the business now up for grabs, you can bet season two is going to be even more over the top and intense, and with the show’s cunning knack for nabbing choice guest stars (Patti LaBelle, Snoop, Cuba Gooding Jr., Mary J. Blige, Chris Rock), including what looks to be a substantial role for a power suit wearing Marisa Tomei, count us in.