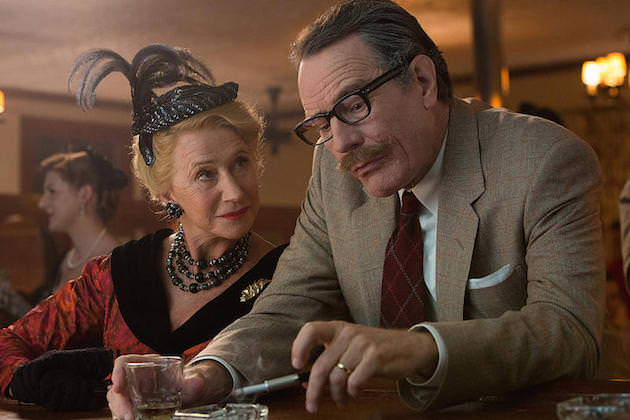 Trumbo: A Powerful Look at Hollywood and the Blacklist

Hollywood loves the topic of Hollywood. Most movies about movies illuminate the wonderful, creative, even magical process of bringing stories to the screen, but with Trumbo, a critical eye is being turned towards a less savory aspect of Tinsel Town, in particular the effects that the House Committee on Un-American Activities had on those who plied their trade in the movie business, and those who helped created and maintain the Hollywood Blacklist.

The first trailer for the biopic Trumbo has just been released, and it is, in a word, powerful. Trumbo follows the real life of Dalton Trumbo, a successful Hollywood screenwriter in the 1940s, who, after allegations of being a communist, was “blacklisted” for his beliefs. Trumbo was credited with writing the iconic films Exodus, Spartacus and Roman Holiday.

The film, based on the book “Dalton Trumbo” by Bruce Alexander Cook, is directed by Jay Roach (Austin Powers, Meet the Parents/Fockers series, Dinner for Schmucks, The Campaign) and stars Bryan Cranston in the title role. The powerful cast includes Elle Fanning, Diane Lane, Helen Mirren, John Goodman, Louis C.K. and many more.

Trumbo will be shown in the Special Presentations section of the 2015 Toronto International Film Festival. It is scheduled for released on November 6, 2015. It is being distributed by Bleecker Street.