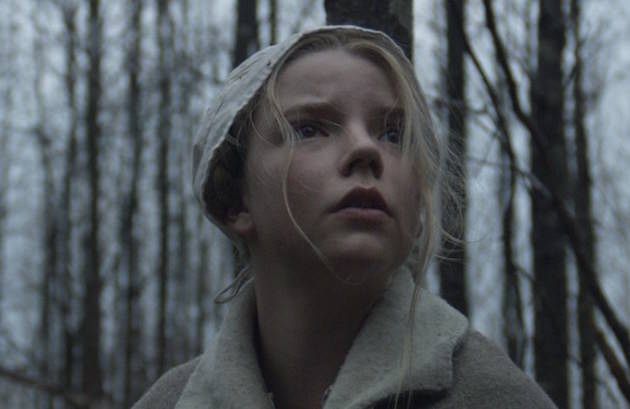 The Witch Will Freak You Out

“What were out in this wilderness to find, leaving our country, kindred, our father’s houses, for what? For the kingdom of God. Let us pray.”

These are the words that open The Witch trailer, writer/director Robert Eggers' (The Tell-Tale Heart, Hansel and Gretel) feature film debut that plants us in a world at once very American but also weirdly, creepily, alien—17th century New England, 62 years before the Salem witch trials. Produced by indie hit factory A24 (they put out Ex Machina earlier this summer—read our interviews with that film’s production designer and director), The Witch tells the story of William (Ralph Ineson—it are his words that open the trailer) and Katherine (Kate Dickie), parents of five and devout Christians who homestead on the edge of an impregnable wilderness. When their newborn son mysteriously vanishes and their crops fail, the family begins to turn on one another. Oddities and outright horrors mount. The film is told through the eyes of teenage daughter Thomasin (Anya Taylor-Joy).

Eggers won Best Director at this year’s Sundance for the effort, and the trailer makes it easy to see why. Uncanny images, a terrifically unsettling score, and a verisimilitude of time and place, The Witch looks like another promising, fresh horror film for a genre that was given a mighty jolt earlier this year from David Robert MItchell’s It Follows.

TAGS24 Front of the Book The Witch Trailer