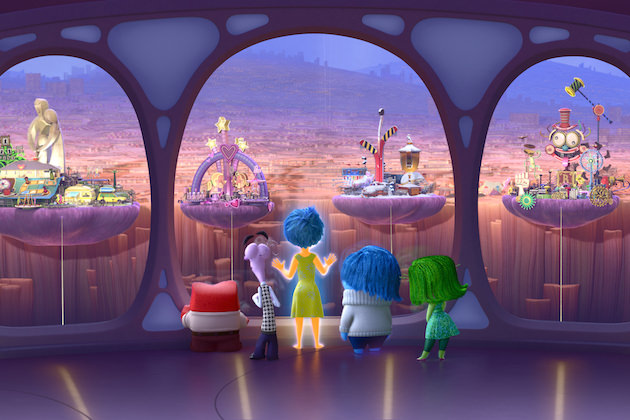 Animators, filmmakers, students of (almost) all ages, and fans of Pixar alike have reason to smile this morning, as a new online resource that explores the concepts behind Pixar's creative process goes online at KhanAcadmey.org. The series will consist of interactive exercises, video lessons and hands-on activities, where students from middle school up to people of all ages can learn the academic concepts Pixar filmmakers use to create their worlds.

Starting today, students can access Pixar in a Box and learn:

How combinatorics are used to create crowds, like the swarm of robots in WALL-E.

How parabolas are used to model environments, like the forest in Brave.

How weighted averages are used to create characters, like Buzz Lightyear and Woody.

How linear and cubic interpolation are used to animate characters.

How trigonometry is used to create the worlds in which Pixar stories take place.

How simultaneous equations are used to paint all of Pixar’s images.

“Our mission at Khan Academy is a free, world-class education for anyone, anywhere,” said Sal Khan, Founder and CEO of the not-for-profit Khan Academy, in the press release. “Sparking student interest in math and other academic fields is a key part of that, and we’re delighted to collaborate with Pixar to achieve this goal. Pixar in a Box gives students a new way to engage with key academic concepts and see how creative these concepts can be.”

“For years, we’ve heard from teachers at every grade level interested in creating animation-based curricula,” said Elyse Klaidman, Director, Pixar University and Archives in the release.  “We’ve wanted to provide free online resources for them, and Pixar in a Box makes that dream a reality. We hope that it not only gives students a behind-the-scenes look at how our movies are made but also gets them excited about STEAM (science, technology, engineering, arts, and mathematics) concepts.”

All Pixar in a Box resources are available free of charge at PixarInABox.org