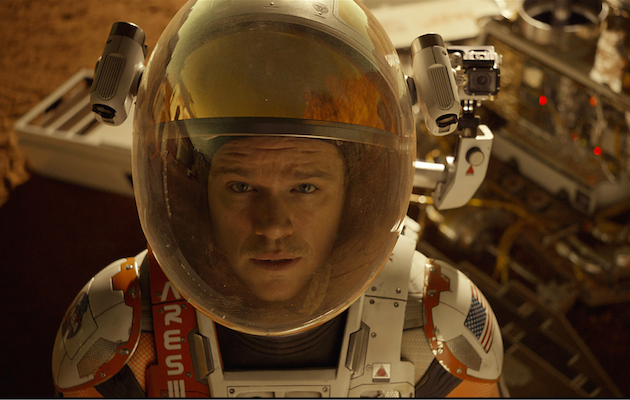 As we wrote the last time 20th Century Fox released a trailer for The Martian, there’s some very real science behind sending a manned mission to the red planet. A fantastic story appeared in the April 20th issue of The New Yorker, reported by Tom Kizzia, entitled “Moving to Mars,” about a group of NASA recruits who are being studied in a massive, months-long Mars training simulation halfway up Hawaii’s Mauna Loa volcano.

In Ridley Scott’s The Martian, based on Andy Weir’s novel of the same name, Matt Damon plays Mark Watney, an astronaut who is marooned on Mars after a brutal storm separates him from the rest of his crew. He’s presumed dead, whether or not he was killed during the storm or not, because the soonest NASA could send a team to return to Mars and save him is four years—the station Watney and the team were visiting on the planet can only support human life for 31 days. In order to survive, Watney will have to make water and grow food on a planet were there is no water and nothing can grow. Along with using his botany skills, Watney will need to put on his electrical engineering hat in order to make contact with NASA, or he’ll be dead anyway. Or, has he puts it, he’ll have to “science the sh*t out of this.”

The new trailer has a few new choice moments, including Damon concluding, correctly, that he’s “the greatest botanist on this planet.” Set to Jimi Hendrix’s “All Along the Watchtower,” and replete with some serious action, The Martian could be an October smash. As Watney does everything to survive, the crew that left him battles the powers that be to allow them to mount a rescue mission. The cast is thoroughly top rate, including Kata Mara, Kristen Wiig, Jessica Chastain, Sean Bean, Michael Peña, Donald Glover, Chiwetel Ejiofor and Jeff Daniels.

Check out the trailer, and let us know what you think.