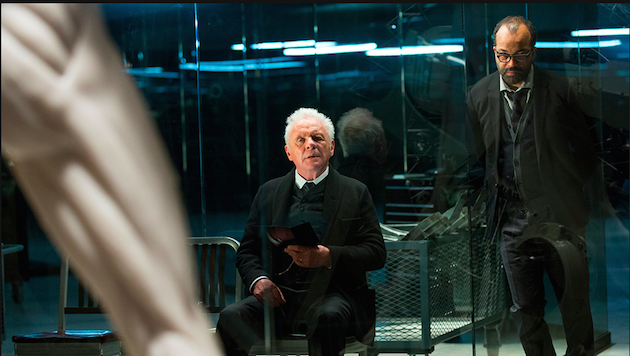 It almost looks like a conventional western, which wouldn’t be a bad thing for HBO considering the last time they tackled the genre they gave us Deadwood. Only Westworld is hardly a proper western, as many of those cowboys and cowgirls aren’t actually human.

HBO dropped the teaser right before the True Detective finale last night, and it’s a creepy little number. Loosely based on the 1973 film written and directed by Michael Crichton, Westworld is set in in the future when artificial intelligence becomes conscious at the precise moment they’re being used as pawns in the desires of human beings. The title of the series is based on the name of the theme park where extremely life-like robots are there to serve as bait, victim, or romantic interest for the humans who pay money to do whatever they want to them. HBO president Michael Lombardo has said that the show is “very much told from the POV of the robots.”

Amy Schumer Live at the Apollo

If you’ve gotten the feeling lately that Amy Schumer is the hottest comic in the world, edging out even Louis C.K., then you’re not alone. After her gangbusters movie debut in Trainwreck was critically and commercially lauded (she wrote the script, no less), she’s coming to HBO with her own special, directed by Chris Rock, no comedy slouch himself. Premiering on Saturday, October 17 at 10pm EST, Schumer’s HBO debut will likely be another milestone in her career.