Mistress America is a sharply observed, witty story about Tracy, a freshman at NYU, played by Lola Kirke, who becomes friendly with her prospective stepsister named Brooke, played by Greta Gerwig., who co-wrote the film with director Noah Baumbach.

Tracy, a would-be writer who is feeling alone, uncertain, and a little lost, is initially dazzled by Brooke’s sophistication and confidence, though she admits that she often goes along with Brooke because it is fun, not because she believes everything Brooke says. Tracy also sees Brooke as material for her writing, and when Brooke discovers she has been used for material, she is, at least initially, furious.

In an interview, Gerwig said she was determined “to find other narratives for women that aren't simply love stories. And that's not to downplay the men in this movie. They are great characters. They are amazing actors. And I obviously live in a world with lots of wonderful men. So it's not that I'm not interested in men, it's more that I think I want to see women grappling and dealing with things other than are they or are they not going to be with this guy. I think the woman I know are grappling and dealing with things other than that and I don't often see it reflected in films. And I think so much of what I'm interested in writing is what women do when men aren't there because they can't possibly really speak to that. There are these incredibly intricate relationships that are really rich. You can just watch little girls play versus little boys play, little boys are like, ‘Rawwww! My man is killing your man!’ and little girls are like, ‘Your doll is not invited.’ And they bring their other doll friends and they're already in this complex world of emotions and social cues and language, really using language in a certain way and I think it really is a romance which is also a battle field and I think it's also something that I am endlessly fascinated with."

Kirke was a “huge fan” of the previous Gerwig/Baumbach collaboration, Frances Ha.  “I had never seen anything quite like that either.” She appreciated the multiple-layered nature of the friendship, with many shifting elements: “where they are great friends, a platonic romance” but also each taken with and sometimes threatened by what the other has.  “It’s not ‘or’ anymore – it’s ‘and.”  She quoted Van Morrison’s “Wild Nights: “All the girls walk by, dressed up for each other,” adding, “When I dress up I'm not dressed to impress a man but because I want that girl to be like, ‘I want to be her.’” 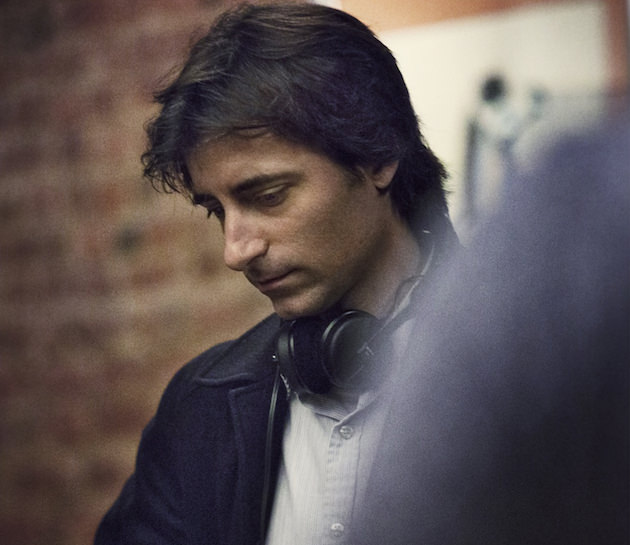 She talked about why Tracy found Brooke so appealing.  “What’s really essential to Tracy is that she wants to convince Brooke that she is as cool as Brooke thinks she is and that is something I think that a lot of people do all the time. We meet somebody and we love the way that they see us and then we try and become that person. And I think that that enables her to become more powerful than she was to begin with.”

One of the movie’s highlights comes when Brooke and Tracy and two of Tracy’s classmates drive to a mansion in Connecticut so that Brooke can confront a friend she believes has betrayed her. Gerwig said she and Baumbach “had two sets of cinema influences. One was 80's movies like Something Wild or After Hours or Desperately Seeking Susan with someone who was more straightedge and more square being pulled into this crazy underworld. And then we had screwball comedies of the 40's and 30's from Howard Hawks and George Cukor. In Bringing Up Baby they go to Connecticut. So in some ways it's like a tip of the hat to Bringing Up Baby, but we wanted Brooke's whole consciousness to take over the movie with her high speed of living and talking. And we thought it would be funny to do a farce, which is generally associated with door slamming, in a house with sliding doors because you can't slam a sliding door. That was a very nerdy joke.” 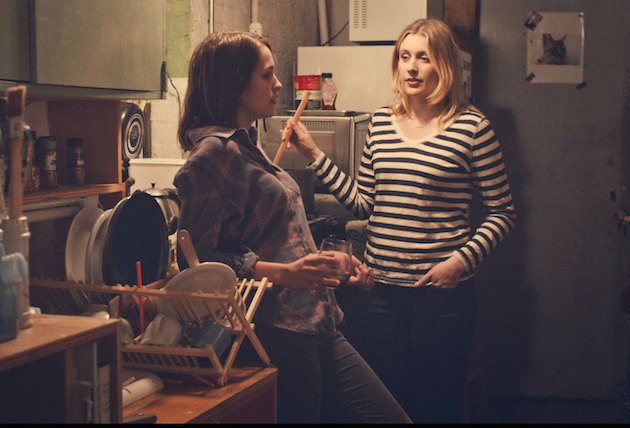 Gerwig and Baumbach are frank about drawing from their own lives and the people around them in their films.  And in Mistress America, the question of who owns the story, the writer or the person portrayed — is a central conflict.  When asked where she draws the line between her inspiration as an artist and the privacy of her friends and family, Gerwig said, “I don't know the answer but that's why in some ways it's really rich for exploration in dramatic form. I've really dealt with that problem and it's something Noah's dealt with too and it's complicated and I don't have answer. It's a recurrent theme in the movie.There's a lot of blaming people for stuff. Brooke blames a lot of people and then she tells other people that they are not allowed to blame her. And I think there is an uneasy relationship I have with the rights of the writer versus the rights of somebody not to be written about. “

She plays Brooke in the film, but as a writer she identifies more with the character played by Kirke, who sees the world around her as material for her stories. “I feel like I very much put myself in the Tracy character but I very much understand the feeling of betrayal that Brooke has because it's like she's been living with a double agent. She thought she was just living her life and this person was actually noticing and writing it down and that's a really horrible thing to realize or to feel like you have been used in some way or you have been observed. And that line between fiction and life [means] you are taking inspiration from life but you are also adding to life and you are also changing it. Tracy says, ‘It’s fiction; that's why it's fiction.’ and she said ‘So much of this fiction did not happen this way.’ I think that's a really understandable feeling, like ‘I recognize some of this and some of this is different.’ And it feels like your life has been misremembered and misappropriated somehow and I don't know. I've been written about and I've written about people and it's complicated.”

Kirke spoke about the motivation for her character to write about Brooke. “I also think that Tracy isn't doing it from a place of malice but a place of inspiration which is why she is so bewildered by Brooke’s anger. We see the good intention in Tracy’s less than favorable representation of Brooke because Tracy becomes more like Brooke in some ways.“

Gerwig quoted the Talmud: "These and these are the words of the living God."  For her, those words mean that contradictions exist at the same time. “You can be horribly offended and also very flattered.  They seem contradictory but actually illuminate the complexities of your relationship.” The theme of shifting boundaries is echoed in the way Brooke and Tracy begin to take on some of each other’s characteristics. Kirke agreed,  “So much of the ‘or’ – it’s either this way or that way – is erased in this movie.”