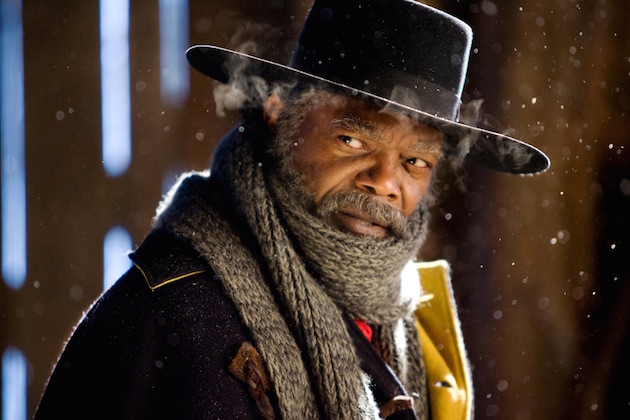 Finally a Look at Quentin Tarantino’s The Hateful Eight

For those of you (and we know there are many) who have been jonesing for a little Tarantino in your diet, finally, finally we’ve got a taste of his upcoming The Hateful Eight. And just look at that opening shot! Imagine that in ultra Panavision 70mm, which Tarantino promised the entire film would be shot in and which The Weinstein Company is promising to give the format it's widest release in 20 years.

The Hateful Eight, which is set a slightly indeterminate number of years after Civil War, takes place in the frozen hinterlands of Wyoming. A stagecoach carrying bounty hunter John Ruth, aka “The Hangman” (Kurt Russell) and his fugitive Daisy Domergue (Jennifer Jason Leigh) are going to Red Rock where he’ll bring Domergue to justice. Only all sorts of things get in his way, starting with a former union soldier turned bounty hunter himself, Major Marquis Warren (Samuel L. Jackson), and Chris Mannix (Walton Goggins), a southerner who claims to be the Red Rock’s new Sheriff. Waylaid by a blizzard, the four frenemies seek refuge at Minnie's Haberdashery, where they’re greeted by four more strangers, bringing their total to…yup. As the storm worsens, these eight strangers will trade wits, and no doubt bullets, to see who can get Domergue to Red Rock.

Following Django Unchained, Tarantino continues his inimitable tour of the 19th century. We know where we’ll be spending Christmas day.