Composer Sean Callery is one the most prolific people working in TV today. Callery recently received his 14th Emmy nomination for his work on Fox's 24: Live Another Day. Callery's work can be heard on Showtime's Homeland, CBS's Elementary (both of which he was nominated for Outstanding Original Main Title Theme Music in 2013), and two more Fox shows—their longest running procedural drama, Bones, and their upcoming, Steven Spielberg produced Minority Report. Oh, and he also composes for Marvel's AKA Jessica Jones, which airs on Netflix, too.

For 24, Callery is the only composer in Emmy history to have been nominated every year a series ran for more than three seasons (he garnered 9 in a row). Callery also recently won the Composer’s Choice Award for “2014 Composer of the Year” at the ASCAP Awards.

We spoke to Callery about marrying music to breathless action, how drastically technology has changed the amount of work a composer can get (in a good way) and more. 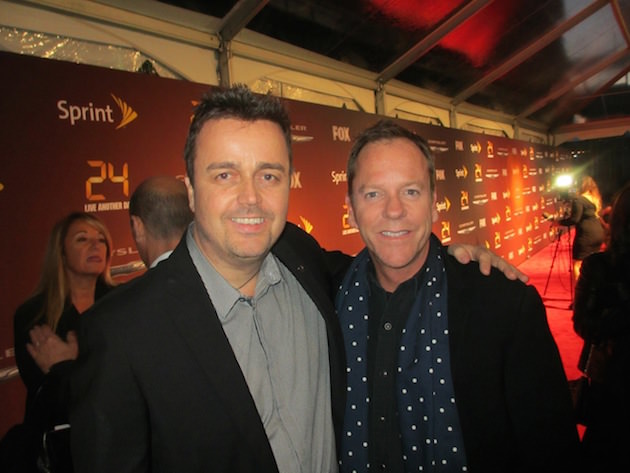 I've noticed most of the composers I interview work a ton. You have half a dozen shows you're working on at any given time.

It’s an interesting time in our vocation as composers, as well as consumers. When 24 began, 14-years ago, there was really a different model for how people consumed entertainment. You had most shows with a 22-episode season, and you certainly didn’t have web streaming like Netflix or Amazon, nor did you have a year-round cycle of original content production to the extent you have now. Now you have shows that premiere in late May, early June—in my day, the summers were always a wasteland of repeats, and that’s just not the case anymore.

Yeah, now you have ten, eleven episode seasons and you can bulk consume them. That’s why composers have basically evolved with the industry as everyone else has done, and it’s not uncommon to be working on two, three, four projects.

Do you find yourself trying to keep up with the work your colleagues are doing?

There’s so much well made television now, it’s hard to watch everything. There used to be a time when there were only a dozen good shows. Now you have to pick and chose. I currently have on deck Sons of Anarchy, but there’s only so many hours in your day. I was just watching The Americans, I get calls from people who finally started watching Homeland… 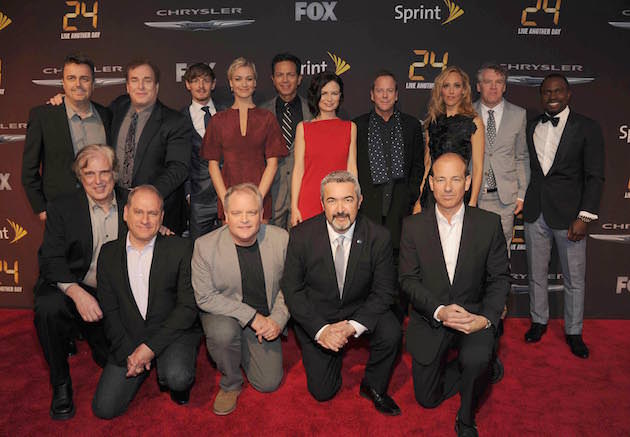 There was a lot of excitement. I was extraordinarily close to the crew. I’d known Kiefer for a bit, and there’s just this camaraderie to the show. When they said they were filming it in London, from a musical compositional point of view, a new location can inspire you. It was still the same high octane, roller coaster ride of action and adventure, though. Kiefer did a great job. In the very beginning, we all wanted to make sure that we didn’t soil the image of the original run,so you had to be mindful that you’re handling something you worked on before, which I’d never had to do. I had to reacquaint myself with the musical language I’d developed for the show. It was like trying on clothes you hadn’t worn in a while, but then again I was also there to explore new things and create new things. I compare it to the way I feel watching the new Star Wars trailer, where you see and hear iconic references to the older film, but it’s been updated and reimagined. It's still got that whiff of what you fell in love with to begin with. That was the inspiration to us, to continue to make something that resonates.

How did you manage to stay true to the original series but update and refresh it for this new iteration of the show?

I didn’t rewrite Jack Bauer's theme, and the theme I got nominated for, I didn’t play it for the first 25-minutes of the show. Also, I don’t think he said a word for that entire time, and only when he had to take matters into his own hands and organize an escape, only then did it feel right to introduce the theme at that point. It sort of informed me, the picture and acting and writing, they were doing the heavy lifting of of reimagining the series five years down the line, and they gave me a lot to work with.

What is Jack's theme?

It’s predominately an orchestral palate with a lot of sound design. From the early days of 24, there was always an idea afoot that the hook of the series was to convey the passing of real time. If you watched the series, there was multiple story arcs with boxes showing simultaneous events happening. What we wanted to convey to the viewer at a subconscious level was that time is ticking by, and it’s ticking by with a bit of angst, and there’s not a lot of time. So I began to design these percolating textures that would sometimes sit in scenes and not be doing much except being mildly, subtextually propulsive. It was effective. I found it to be very hard to do because being simple and unobstrusive without being redundant and boring was really the challenge. Even with something as simple as a pulse, it still has to arc, like any piece of music I’ve ever enjoyed, it always has to have a natural arc to it, whether it’s small or large. There’s a way it flows, and that was true for 24, even for the long sequences.

Are there any scenes that stand out for you as specifically indicative of the composer's subtle art?

One example, there was an episode where one character had to admit to her mother that she was lying about something the entire series. When I was studying her performance, it almost looked like she was going to throw up as she was revealing this horrible secret. She didn’t, but it was a very subtle behavior and you could just see this horrible secret that she needed to get out. I thought bout a sound or texture that could mimic that feeling? I thought of a worm or a snake that’s coming up, a gurgling, but it didn’t make any musical sense to say that. Still, I latched onto the notion of that something's coming up, and if I was going to orchestrate that, would what would it be? A sound that musically might model itself after a gurgling, whether it’s an aleatoric rising string scenario, or a cluster of woodwinds that are warbling around. I ended up stumbling upon a sound that existed and worked very subtly in the scene, and to 99.5% of the viewers, most wouldn’t pick up on the discomfort I was trying to bring out, but it accomplished trying to make the dread of this moment.

What was the sound?

It was a kind of a combination of a low woodwind, a bassoon, with a sound design element that had a filter opening up, which poked up underneath the instrument, and it came up every so often, and it became more frequent when the secret was about to come out. On 24, those are the kind of things that help propel that kind of storytelling, when they’re not running around shooting people.

What can you tell us about Minority Report?

When I read the script, I found that unlike Spielberg's film, these storylines are more focused on the three empaths, the siblings who were lying in the pool in the film and who were the heart and soul of pre-crime. The story’s really about their lives as they’ve grown up, and about how they’re getting along in the world now that they’re no longer working for the Pre-Crime unit, even though they still have these powers.

Congratulations on your latest Emmy nomination, by the way.

The nomination for 24 was really unexpected. No one ever expects a nomination, even after being nominated for 24 before, to have it happen again was particularly special. To have it come on after five years, and have a shout out from your peers, that's special.