Bughuul (aka The Bogeyman) is back to his terrifying ways in Sinister 2. The Credits talks to composer Andy Milburn, one half of prolific composing duo tomandandy, on working on the score and why horror requires a more delicate touch than you would think.

So, I just saw Sinister 2, and I’m terrified of horror movies, but I got through it. It was scary but I survived, I think.

Oh, good. Okay, no permanent damage. Yeah, you know it's funny, I work on these for a living, but I actually don't like horror movies much either. They scare me.

Is must be easier when you’re behind the scenes, pulling the strings?

Yes, exactly. That's what I've found. Of course repetition helps, but yeah, also being on the other side of the screen.

You worked with the director Ciarán Foy on Citadel previously. Is that how the job came about?

Exactly. That's it, and I had an amazing experience with him, and have been keeping in touch. Early on in his development of Sinister 2 we started to talk about working on the score, so that was really lovely. It was especially exciting for us because it meant we got to finally work with him in person. With Citadel he was in Ireland, and we were in New York, and the budget didn't allow us to be together. It was really great that we were able to stay connected, and work on Sinister 2.

When it comes to scoring, how do you approach horror? You've done it a few times now. What are the challenges? Do you approach it differently from other genres?

It's interesting because when we first started doing some horror work, I thought it would be fairly straightforward, because it seems like one of the things that happens in horror, is you're allowed to be broad. You're expected to be broad and big, and violent gestures and large sounds, and you can experiment with sounds, and those are all things that are fun to do, and I felt like it would be pretty easy. What I discovered is, and that's true, those things, it is really fun, and it's neat to try and experiment with the edges of what's music and what's sound, and how to manipulate people, and that's great, but the challenge that I keep finding in horror is actually weirdly kind of like the challenge in documentaries, which is you also have to be subtle in a way. The audience is sensitive to you, especially being emotionally manipulative. It's tempting, you want people to connect with some of the characters emotionally, and you often don't have much time in horror to do character development and the things that make the audience care about people. 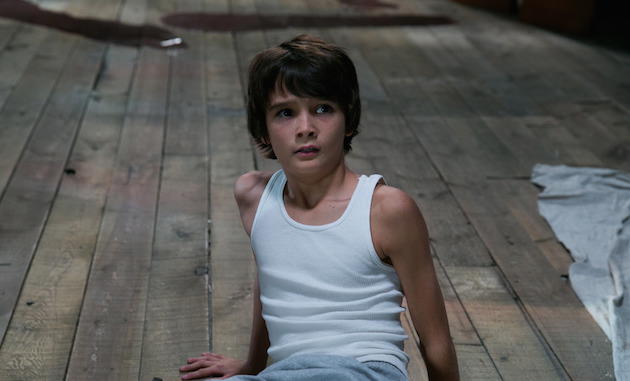 What are the traps you can fall into?

It's tempting to take shortcuts and do a little patch of smarmy, sappy music to make you feel like there's something emotional on the screen, and you should have empathy for these people, and you really can't do that. As often as not the audience will cry foul, and sense that they're being manipulated. It’s been surprising to discover that, A, it's really important to have an emotional connection to the material in the horror genre, and, B, that to do that is actually surprisingly delicate work.

How do you walk the line between giving the viewer the sort of aural cues that they're used to in a horror film, but not slipping into clichés?

This is the other thing we wrestle with a lot any time we do a horror movie, because there are these sort of flavor of the month things that happen as you start to examine the parade of successful horror scores in the last decade or twenty years. Things that can be really effective, but they quickly become a cliché. Screaming, stabs, shrieking, more stabs, and then horns, things like that that might work originally, initially, but quickly become cliché. But you need some of these devices, right? You do need something to stab with, something to be violent with. You need something to signal a sense of dread, and how to do that and still create a modern score, that seems fresh, that doesn't seem trite, is really tricky.

When we start a horror project, we’ve taken to doing a really careful survey of kind of the state of the horror scoring landscape at the moment, and listen to all the scores, and see what people are using, what kinds of sounds, what kind of textures, and then just try to extrapolate a bit. I try and avoid those exact things, but look ahead a little bit, or twist it in some way so we can find our own particular color for whatever it is we're doing. Honestly that occupies a lot of our concern, especially in the early days of scoring.

Specifically, what would be some of the most unusual sort of references you've used in the score to create a fresh sound?

Let's see, in Sinister 2 specifically. Firstly, we treated the score from the original Sinister with great respect. I had actually noticed that score before we got the job to do the sequel. I think Christopher Young’s original score is great, and very inventive and very distinctive. When we got the sequel, and we spent a bunch of time thinking about, studying how that worked, and thinking about the sounds he was using, and what it would mean to kind of move those foreword a little bit. We wanted it to feel like a franchise, like these films are connected in some way.

One of the things we did was we looked at some of the specific sounds that Chris Young used. In fact, we went as far as to license one short bit of his score from him, so that we could literally reuse a bit of that texture. Then we had to find some ways to extend and distort those sounds. In particular, we were interested in if we took some of the sort of anguished, tortured, synthetic kinds of things he was doing, and tried to create orchestral equivalents, so trying to use organic sounds to replicate some of the distorted electronic noise form the first score, and of course you'll never get that right.

In the effort of using real instruments or physical instruments to create those kind of electronic sounds, you create new, unexpected things. Unexpected accidents happen in the struggle of doing what is really a bad fit, frankly, to try to make those instruments sound that way, and it produces some really happy things.

I guess that's a way of putting tomandandy’s stamp on it as well?

Exactly. It will be by definition original because it's just weird. It's just an unusual thing to try and do, and it won't come out perfectly shaped. It's going to have its own character, and I think that's part of how we created our own version of what it means to sound like Sinister.

You must be able to have a bit of fun with this genre. What is the best part about working on horror?

Well, I have to admit, it's a childish fun, but it's fun to scare people, and there are moments where it's fun to discover the places where you can do that with a sort of boom! and cause people to jump. It's just fun. It's slapstick, I fully admit, and childish, but in movies like Sinister and Sinister 2, there's space for that. There's space to play. You don't want to overdo that. It's again, a fragile thing. You think at first going into horror that, well, we can just throw in some booms, and make people scream, and that will be that. But, actually, less is more, and you have to be restrained, and you have to find a way to do it. 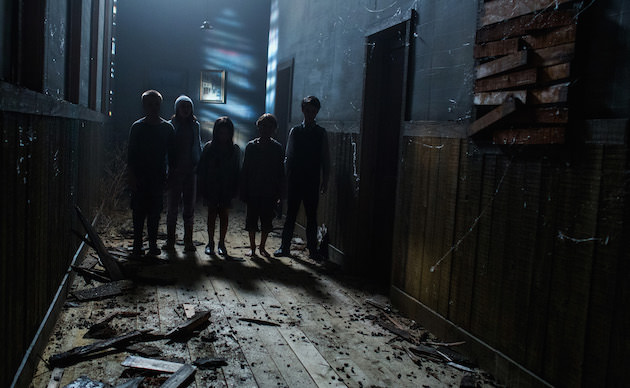 Those scares lose their impact if you're doing it at every turn?

They absolutely do. Yeah, that's right. Then they can even become annoying, so you have to think about the emotional arch of the whole experiences.

You work in a partnership with Tom Hajdu, who you met while you were both studying music at Princeton. Who does what? How does that actually work?

Yeah, it's unusual that we're a duo, tomandandy, and we've been that way for, oh lord, I don't know, twenty-five, thirty years now. We both kind of do the same thing. We both love experimenting with music. I would say that if there's a differentiation, Tom is maybe more propulsive, and percussive, and I'm maybe more textural, but we're really very similar. I would say that Tom is probably the more natural composer. He can just, within his mind's ear, create amazing things, and then simply work to get them out onto paper. I'm a little more process-oriented. I tend to grind away, and use the eraser of the pencil a little bit more. We've always collaborated. We work really well together. We're like an old married couple. We finish each other's sentences, and we know how to edit each other, and it's a really powerful thing for me to have a partner.