First, have you seen this new photo from Star Wars: The Force Awakens? You've certainly heard about it, as it was revealed in a quick shot at the beginning of the new Korean teaser.

And now, a hat tip to Shutterstock Blog and their friends PopChartLab.com for their collaboration on this epic Star Wars infographic. Their conceit is simple; they created an illustrated look at Star Wars' monumental impact on pop culture using “photos, vectors and illustrations from the Shutterstock collection.”

Working with Pop Chart Lab, Shutterstock looks at how Star Wars influenced aspects of pop culture in myriad ways. They propose that Star Wars can be credited with the creation of the franchise, citing Indiana Jones, Back to the Future, and Batman, among others, as examples. They look at how Star Wars'  attention to production design, specifically the way they created lived-in spaces and beat-up vehicles to create a world that felt ancient and real, from the beat-up Millennium Falcon to the still unfinished Death Star, which led to creations like the beat-up, monstrous rides in Mad Max to the scuffed, adorable Wall-E, among many others. They also credit Leia as one of the seminal female bad-asses in film, which inspired future filmmakers to follow suit—think Alien’s Ripley, Mad Max: Thunder Road’s Furiosa and The Hunger Games’ Katniss Everdeen.

Whether or not you completely agree that Star Wars is wholly to credit for everything in this infographic (many comments call out earlier films, comic books and TV series that have credible claims to being the original source for some of these influences), it seems pretty fair to say that the similarities between Chewbacca and Groot are hard to deny. Regardless of whether or not you agree with everything in this infographic, it's certainly a beautiful piece of work, and yet more proof that we're living in a Star Wars galaxy.

Take a look at the infographic here, and let us know what you think:

Infographic: The Influence of Star Wars on Film and TV 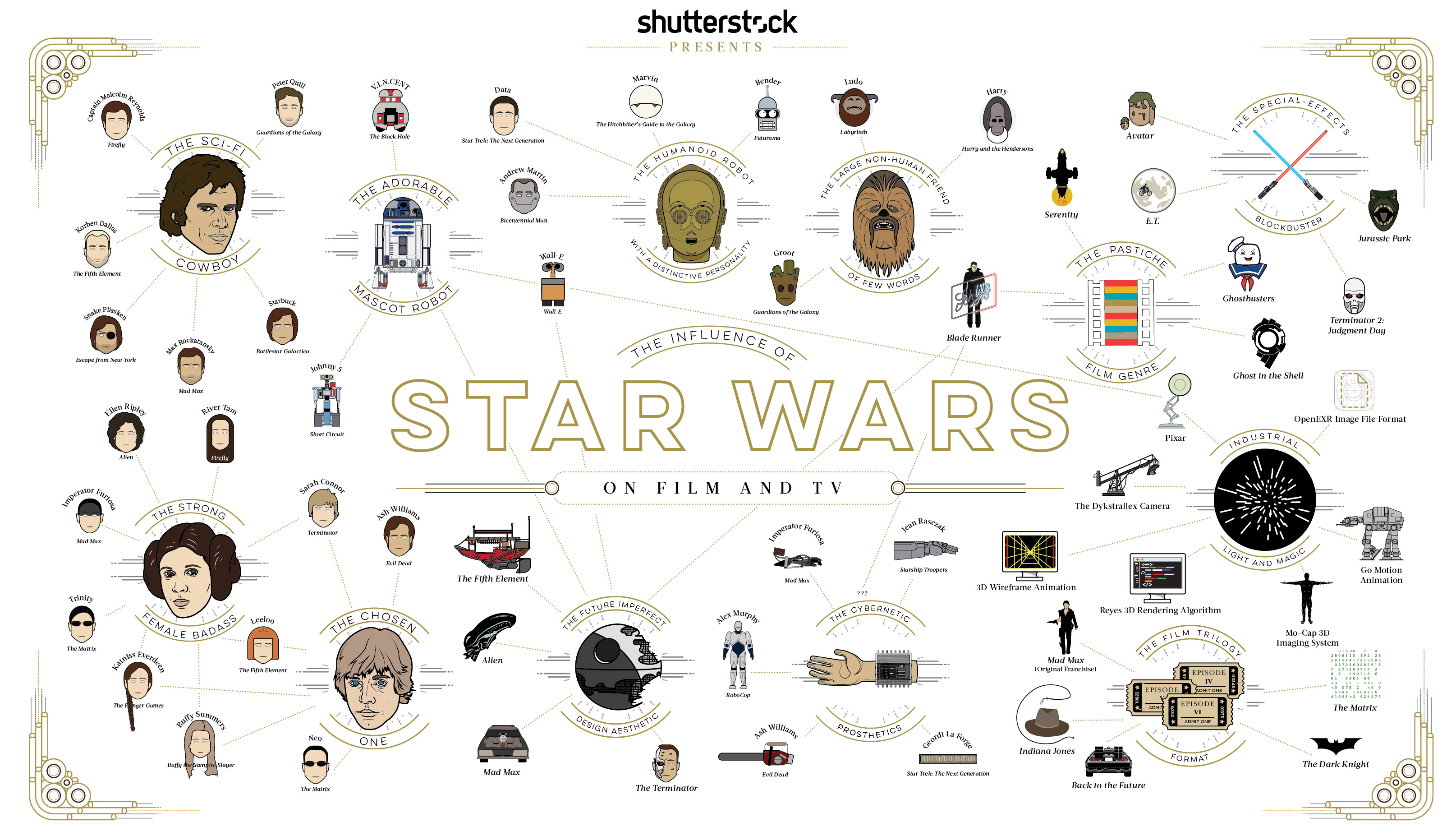 via the Shutterstock Blog