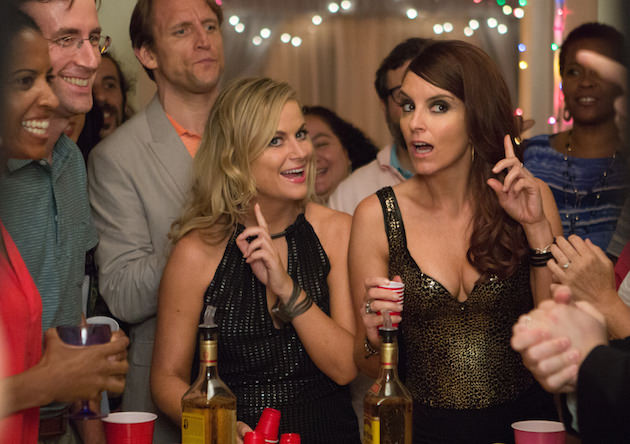 We’ve all been waiting for that perfect joint project between Tina Fey and Amy Poehler, longtime friends and collaborators who met at Second City in Chicago, helped return SNL to cultural and comedic significance, and then went on to star in their own beloved comedies on TV. Yes, they’ve starred in Baby Mama together, and have crossed paths in Anchorman 2, Mean Girls, and, of course, Martin & Orloff (Google it).

But now with Sisters, it looks like we’re getting the Fey/Poehler project we’ve been waiting for, and the two comedy legends swap their typical personas, no less. Poehler plays the do-gooder/over achiever, while Fey is the less responsible, less sane sister. They return home to clean out their childhood bedrooms (seemingly perfectly preserved since they were pre-teens) before their parents sell their house. This sets up a tried and true premise for many great comedies, including Risky Business and Neighbors, “we have to throw one last epic party.”  Directed by Pitch Perfect’s Jason Moore, and scripted by Paula Pell, the epic rager on which Sisters is built will be a party for us all.