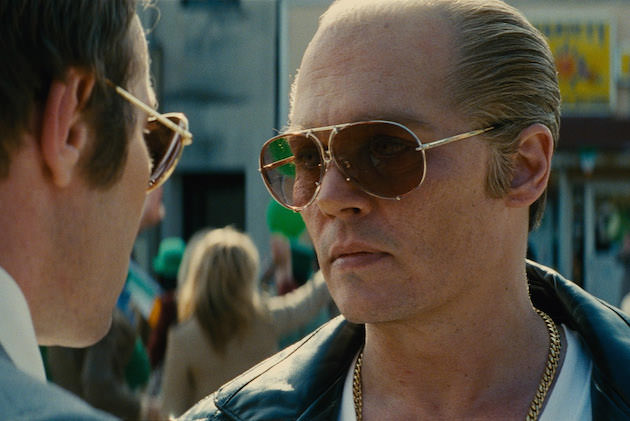 Between September 2nd and October 11th, four major film festivals take place, each with their share of major world premieres. Venice runs from September 2-12, Telluride from September 4-7, Toronto from September 10-20, and finally New York, from September 25 to October 11. It's sort of insane to think that in a little over a month this many major films, many of them likely to end up vying for Oscars, will be seen in such a glut.

As the first of the four festivals to start, we're taking a look at some of the major films playing in Venice. The list includes stories about a ruthless mobster, a doomed ascent of Everest, and child soldiers in a war-torn African country. Venice has been the festival where the last few Best Picture winners have opened—last year, it was Birdman, the year before that, Gravity. This year, the opening night film is Baltasar Kormákur's Everest, starring Jake Gyllenhaal and Robin Wright, following the true story of climbers pinned down on the peak by a storm. (Kormákur knows how to film icy action, check out our interview with him here about his shipwreck film The Deep). Festival watchers are calling this year's slate in Venice one of the most prestigious, and surprising, in years. Here's a look:

For readers of Jon Krakauer's classic, horrifying true account of the 1996 Mount Everest disaster, Kormákur's Everest offers the opportunity to see a director's vision on an event so many of us have pictured in our heads. Krakauer's book was, to put it mildly, breathtaking and sad. It depicted the competing climbs of two groups; one lead by legendary mountaineer Rob Hall (played by Jason Clarke in the film), and the other by Scott Fischer (Jake Gyllenhaal). Eight climbers were killed and many more injured and stranded when a rogue storm devastated the peak. With Kormákur's gifts, the actors pedigree (the film also stars Josh Brolin, John Hawkes, Robin Wright, Michael Kelly, Sam Worthington, Keira Knightley, and Emily Watson) and the heartbreaking source material, Everest is one hell of a way to open a festival.

Black Mass is getting it's world premiere in Venice, with all eyes on Jonny Depp's performance as Irish mobster Whitey Bulger in 1970s Boston. The story revolves around Bulger's increasingly unholy alliance with the FBI, when the two colluded to rid the city of the Italian mafia. The relationship allowed Bulger to consolidate power, becoming the most ruthless mobster in the city's history. While the cast is as deep as a classic Scorsese mobster movie—Joel Edgerton, Benedict Cumberbatch, Rory Cochrane, Jesse Plemons, Kevin Bacon and more—director Scott Cooper said many of the locals who worked on the film knew Bulger intimately. “They got chills at [Depp’s] resemblance," Cooper has said. "Some of them couldn’t even look at him. It’s easy to be the mustache twirling villain but this performance couldn’t be further from that. He is truly gifted.”

Beasts of No Nation

Cary Fukunaga's Beasts of No Nation has been getting as much press lately for it's Netflix pedigree than for the fact it's the work of an up-and-coming director and a very talented lead in Idris Elba. Beasts will be the first original film in Netflix's history, which they plan on releasing in theaters as well as online. Netflix and Landmark announced a partnership yesterday that will put Netflix's first original film in 19 markets. The film is based on the critically acclaimed novel by Nigerian author Uzodinma Iweala, telling the story of Agu, a child soldier torn from his family to fight in the civil war of an African country. Elba plays the man who takes Agu from his family and presses him into battle. Playing the Commandant, Elba is, as always, a force of nature on the screen.

There's more, a lot more, on Venice's slate that intrigues. One is the return of Charlie Kaufman, one of the most brilliant screenwriters alive (Being John Malkovich, Adaptation, Eternal Sunshine of the Spotless Mind) whose back in the writer/director's chair for the first time since his 2008 mind-bender (but aren't all his films?) Synecdoche, New York. In Venice, Kaufman will be showing Anomalisa, his record-breaking, Kickstarter-funded stop-motion animation film about a man's midlife crisis. Tom Hooper's 1920-set drama The Danish Girl, starring Eddie Redmayne as one of the first men to become a trans woman, will also bow. In Equals, Kristen Stewart and Nicholas Hoult star in Drake Doremus's film about lovers in a future where emotions have been eradicated.

We've got no such problem here—we're excited for Venice.